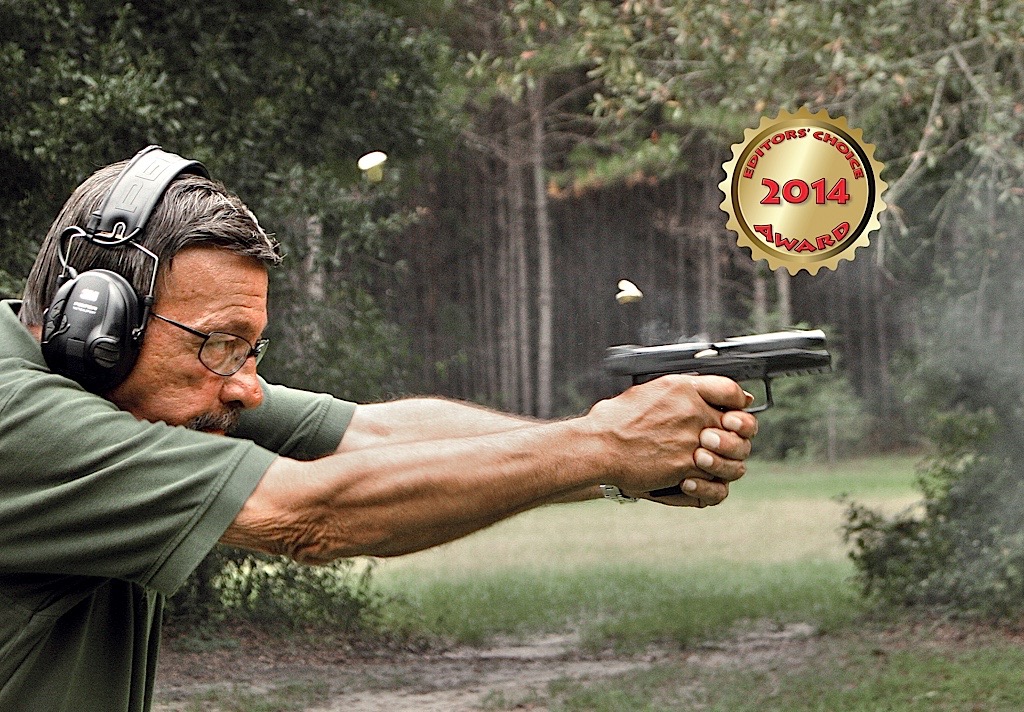 Heckler & Koch debuts the first polymer-frame, striker-fired 9mm pistol by taking the shoulder stock and selective fire control mechanism off their VP70 machine pistol and dubbing it the VP70Z semiautomatic pistol. Quite apart from its revolutionary construction, the VP70Z is doomed to commercial failure by a lousy trigger pull, crappy sights and frequent intolerance of most hollow point ammunition.

Sneaking up on half a century later, H&K delivers an exquisite apology for the VP70Z in the form of the hugely promising VP9.

Picture the ergonomic polymer grip-frame of H&K’s popular hammer-fired P30 series, complete with interchangeable grip panels on the backstrap and sides to adjust to the shooter’s hand size. Internally, change it to striker-fired operation, with a consistent trigger pull in the mid-five-pound range. Create it with the build quality and reliability for which H&K is famous. Fit it with very good sights—and ship it from the factory with the sights actually registered to point of aim, a Heckler and Koch tradition which many other makers often miss—and Gott im Himmel, you have the H&K VP9. 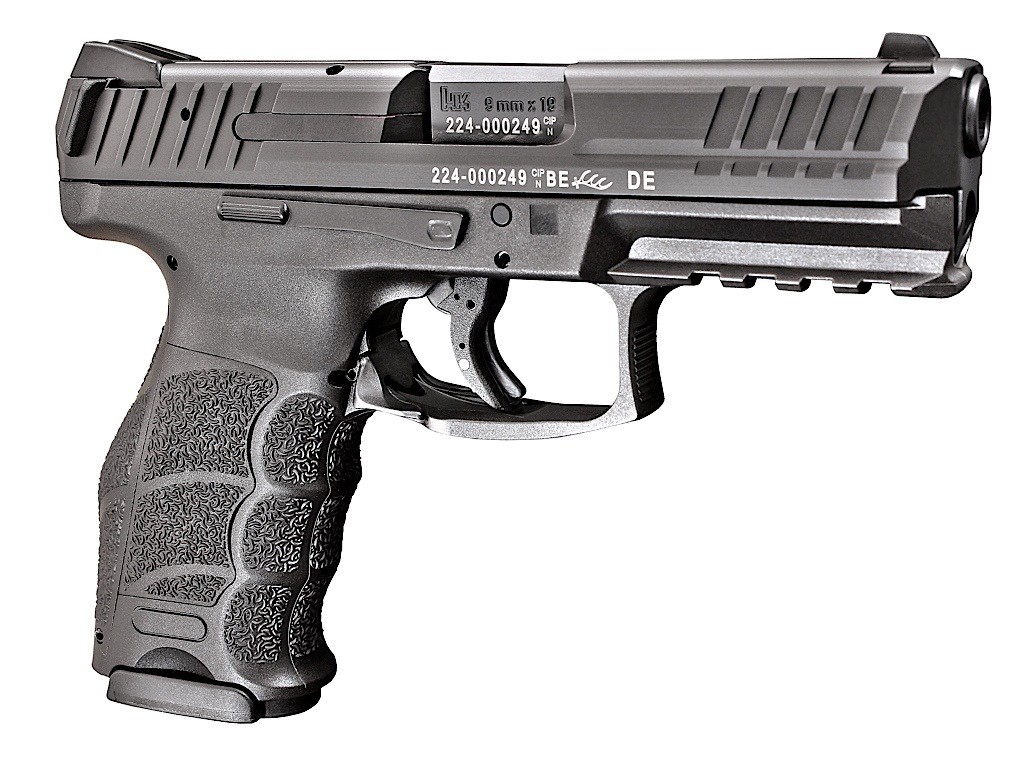 The 15-round magazine—all metal in this roughly Glock 19-size pistol—may be what allows narrower grip girth and therefore a more pleasing, easy reach to the trigger, though the overall height of the VP9 is slightly greater than that of a Glock 19. The sights give a big, clear, post-in-notch picture, with humongous luminous dots. (Yes, you have to apply some light to them to get a real glow; Europeans are strict about the Tritium night sights so popular stateside.) As indicated above, the sights were dead on for windage and about on for 115- and 124- grain 9mm rounds, with the hits going predictably a little bit high with 147-grain subsonic, which is mostly an American habit.

Federal’s 9BP standard-pressure 115-grain JHP plunked five shots into 1.90” from a Matrix bench rest at 25 yards. The best three of those hand-held shots (normally a good predictor of what all five would do from a machine rest at the same distance) formed an asymmetrical triangle measuring exactly an inch center to center. Speer Blazer 124-grain Brass, an inexpensive full metal jacket training load, gave a 5-shot group measuring 3.15”. I suspect, however, some unnoticed human error, because four of those shots went into 1.95”, and the best three printed 1.25”. All measurements were to the nearest 0.05”.

While it may have grouped a tad high, 147-grain Remington-UMC economy-grade ammo with jacketed truncated cone bullets gave the tightest group of this test. All five shots were in an inch and three-quarters, and the best three measured right at one-half inch, center to center. This is the kind of accuracy that can win the prestigious Bianchi Cup, where distances run from ten to fifteen yards.

Several of us on the test team put hundreds of rounds through the test pistol with no mechanical malfunctions whatsoever, and only one apparently user-induced malf. Midway during one of the bench rest tests, the slide seemed to lock open by itself. The shooter’s thumb had been straight alongside the slide stop, and probably knocked the slide-stop upward upon recoil. Ya just can’t blame the gun for that.