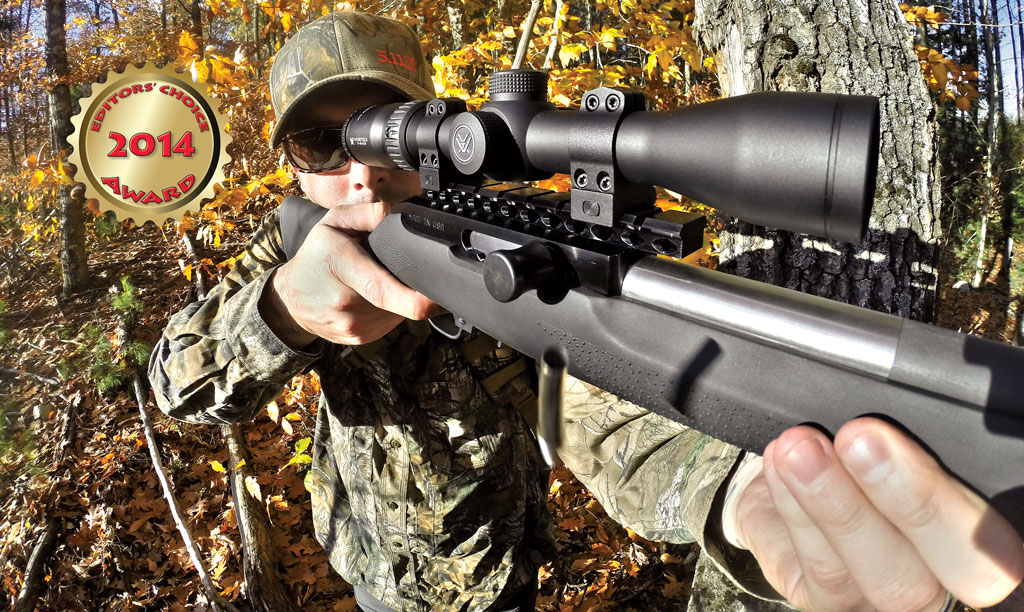 The .22 Winchester Magnum Rimfire (“WMR”) cartridge was introduced by Winchester in 1959 as a longer and more powerful replacement for the Victorian-era .22 Winchester Rimfire (“WRF”). Surprisingly, the .22 WMR was first chambered in the Savage Model 24 combination rifle, which was followed a year later by the hammerless, slide-action Winchester Model 61.

The .22 WMR was originally loaded with a 40-grain bullet running at a muzzle velocity of about 2,000 f.p.s. from a rifle-length barrel. Over the succeeding 40 years the .22 WMR became wildly successful as a short- to medium-range varmint cartridge, but the introduction in 2002 of the faster and flatter-shooting .17 HMR—essentially a .22 WMR case necked down to .17 caliber—put a significant dent in its popularity as a varmint round. The .22 WMR’s varmint appeal was further eroded this year with Winchester’s introduction of their new .17 WSM, a 3,000 foot-per-second rimfire cartridge.

So why would Magnum Research bring out a new, high-tech, semi-auto rifle chambered for the 55-year-old .22 WMR?

Because it works. If you doubt that conclusion, just ask Troy Landry of Swamp People fame why he uses the .22 WMR on a daily basis to zap monster gators. While the 20-grain pills launched by the .17 HMR and .17 WSM may be better choices for long-range varmint work, the 40-grain CCI Maxi-Mag .22 WMR loads the Landrys use deliver a brain-scrambling 312 ft. lbs. of kinetic energy to the top of a gator’s head. Case closed.

The new Magnum Lite Graphite .22 WMR rifle represents the state of the art in .22 Mag. semi-auto rifle design. It is evolved from the company’s .22 LR semi-auto, which draws heavily on Bill Ruger’s iconic 10/22. The patented operating system is a unique combination of the 10/22’s blow-back design, with the addition of a system that taps combustion gases through a port in the barrel to assist in cycling the action. This hybrid operating system mandates the use of ammunition loaded with 40- to 50-grain bullets only, and Magnum Research explicitly states that the use of 30-grain ammunition will void the warranty.

The blue-anodized Magnum Lite receiver is CNC machined from a 6061-T6 aerospace-grade aluminum forging, and includes an integrally machined, 6-inch, 9-slot, vented Picatinny top rail for mounting optics. The bolt is machined from high-strength, heat-treated 4140 steel with a tight bolt-face depth tolerance for complete and consistent and enhanced accuracy.