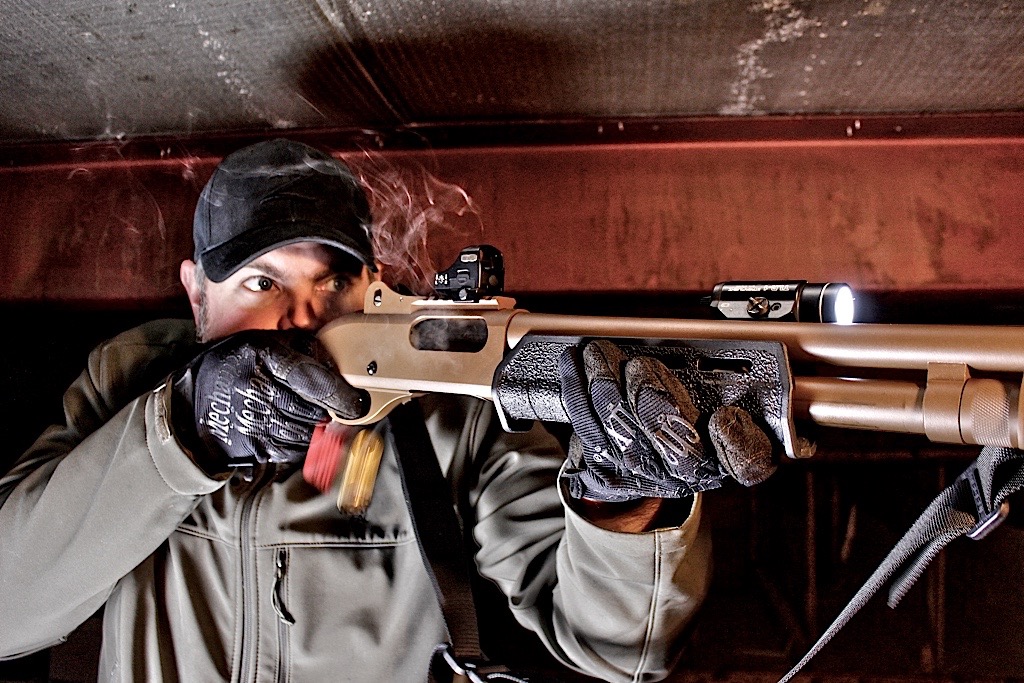 It’s an indisputable fact that the Remington 870 is the most popular shotgun in the history of firearms manufacturing. Designed in 1949, the Model 870 features a bottom-loading, side ejecting receiver machined from solid billet steel, a tubular magazine mounted under the barrel, dual action bars connecting the slide to the bolt carrier, an internal hammer and a bolt that locks into the barrel extension. 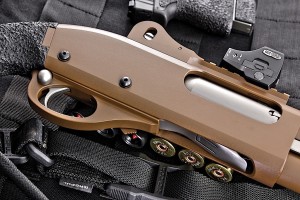 Full production of the Model 870 began in 1951, with literally hundreds of variations produced in the intervening years. Models chambered in 12-, 16-, 20- and 28-gauge, as well as .410 bore, have been produced. The ten millionth Model 870 was built in 2009, with tens (maybe hundreds) of thousands more being made since then. Remington currently catalogs 32 different 870 models—not counting gauge, chamber length, barrel style and barrel length options—with retail prices starting at $417.
The Model 870 has earned an enviable reputation as a rugged, reliable, versatile and relatively inexpensive pump gun, and that’s why you’ll find one mounted in virtually every police cruiser in America. It’s also been on duty 24/7 with American armed forces around the globe for the last half century. 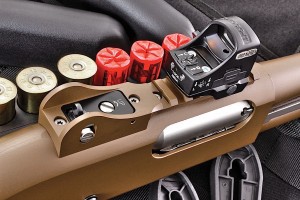 The Ultimate Remington 870 we’ve created here began life as a plain-Jane, 12-gauge Model 870 Defender purchased by a staff member a number of years ago. As Model 870’s go, it was a totally no-frills affair with an 18-inch cylinder bore barrel and 3-inch chamber. As regular readers know, we enjoy gun enhancement projects and do a lot of them. There are some very fine factory guns in this world, but there are very few that can’t be significantly improved upon in looks, functionality, accuracy or reliability with a little thought, effort and expense. 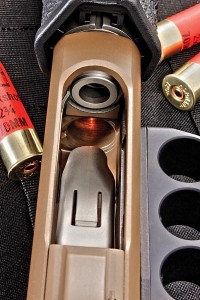 Both Robar and Vang Comp Systems, Inc. played key roles in turned our box-stock 870 into what we consider to be the ultimate fighting shotgun. Enhanced accuracy with rifled slugs, improved pattern density and uniformity with 00 buckshot, and reduced recoil were high on our wish list for this gun, so while Robar was prepping the rest of the gun, the barrel made its way to Vang Comp for to back-boring and lengthening of the forcing cone. Back-boring increases the bore diameter, which significantly reduces the friction between the shot charge and the barrel wall. Rather than wasting energy to overcome friction, in a back-bored barrel the combustion gases can exert more energy against the wad base, resulting in an increase in velocity of the slug or buckshot load. Another benefit of reducing barrel-wall friction is less deformation of the slug and individual buckshot pellets, which makes them fly straighter. The accuracy of rifled slugs is enhanced and the density and uniformity of buckshot loads are increased. And the comparatively effortless passage of a shot charge down a barrel with a larger bore diameter also results in a reduction in perceived recoil.
The forcing cone—located just forward of the chamber—is like a ramp that “forces” the shot charge into the smaller diameter barrel. Most standard factory forcing cones are only about 1/2-inch long, so the transition to bore diameter is quite abrupt. The length of the forcing cone is not really the point; the point is the degree of taper. By lengthening the forcing cone to three or even four inches, the taper (transition) is much more gentle as it is spread out over a longer distance. Lengthening the forcing cone works hand–in–hand with back-boring to reduce payload deformation and perceived recoil and increase accuracy, pattern density and pattern uniformity. All-in-all, the Vang Comp barrel modifications pay big dividends—both immediate recoil mitigation and downrange—and represent money very well spent. Contact them at Vang Comp Systems, Inc.; Tel.: (928) 636-8455; E-mail: [email protected]; Web: www.vangcomp.com