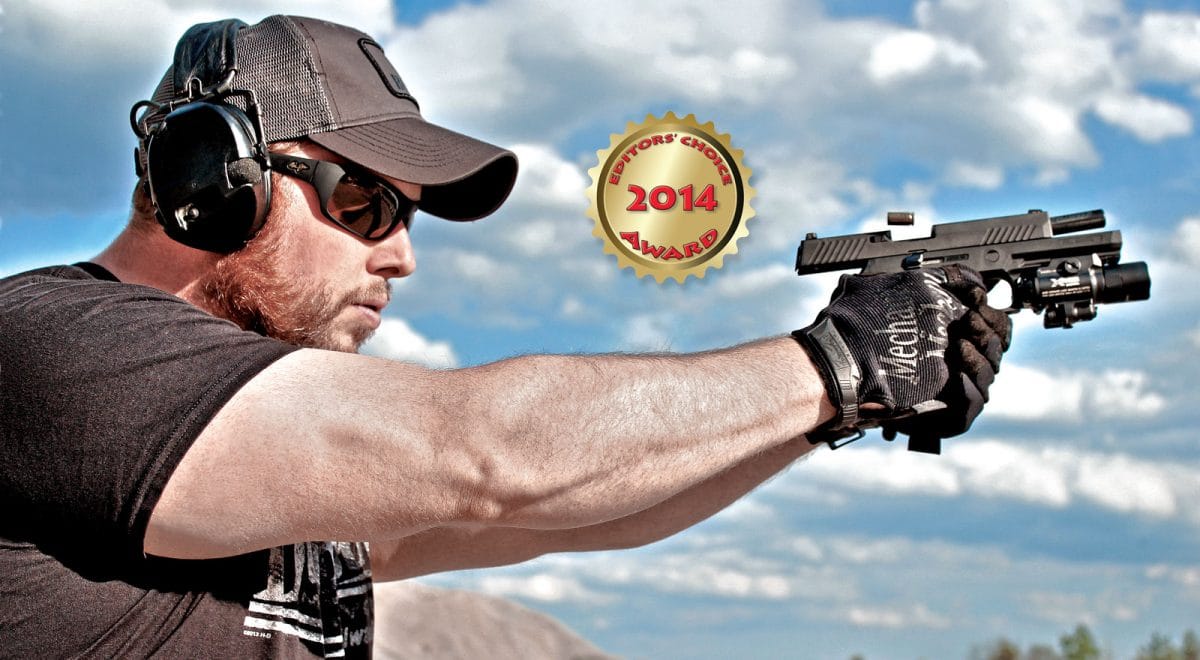 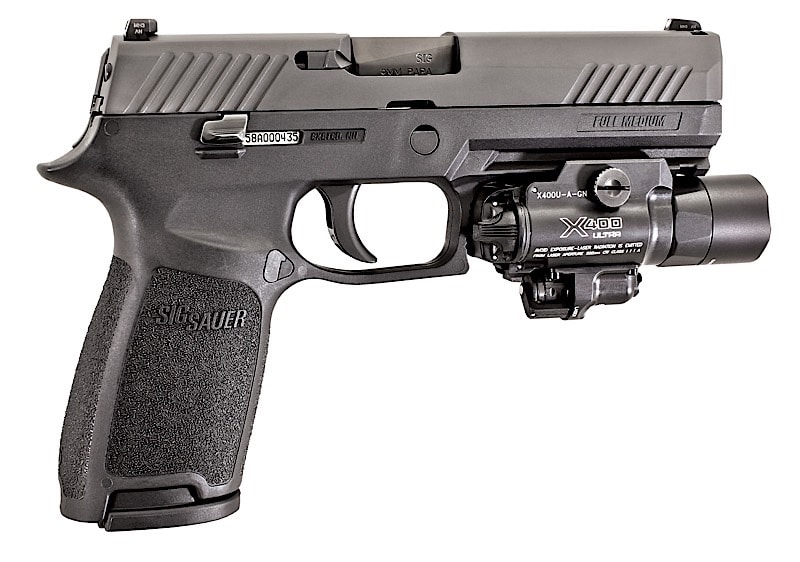 Sig Sauer’s new P320 is the company’s first polymer-frame, striker-fired pistols, joining the ranks of some very good competitors—like the Glock, Springfield XD, Smith & Wesson M&P, FNH FNS and Walther PPQ. Sig Sauer describes the P320 as being “. . . designed from the ground up with the input of law enforcement officers.” In keeping with that role, it’s offered in 9mm, .357 Sig and .40 S&W, with a .45 ACP version in the works. A compact model is also available chambered for the same cartridges, with a subcompact model scheduled for introduction soon.

Our evaluation pistol was the full-size 9mm ($713). Like the hammer-fired P250, it’s built on a removable stainless-steel chassis (a/k/a “fire control assembly”) containing the trigger system and related internals, and bearing the serial number. Since the chassis is legally considered to be “the gun,” you can purchase one P320 and use its fire control assembly to create everything from a full-size service pistol, to a carry version, to a sub-compact for deep concealment chambered in any of the available calibers. And perhaps best of all, it looks like a Sig Sauer—big, blocky, all black and all business.

The frame is a lightweight, rugged, polymer shell that houses the chassis and magazine. In fact, P320 grip frames are identical to those of the P250, providing a ready source of inexpensive, used grip frames.

The P320 does not require the operator to pull the trigger before take-down, but does require the slide be locked to the rear and the magazine removed before the take-down lever can be rotated. The design incorporates passive striker and disconnect safeties, but neither an external safety selector nor magazine-drop safety.

Controls consist of a take-down lever, ambidextrous slide release levers and reversible magazine release. Placement of the latter two controls permit the shooter to drop the mag and release the slide with the strong-hand thumb without breaking the firing grip. Serrations are machined into both the front and rear ends of the slide, and a 5-slot accessory rail is molded into the frame. The P320 comes standard with front and rear fixed SIGLITE night sights, both in dovetails for drift adjustment, and two 17-round magazines (14-round in .357 Sig and .40 S&W versions).

The P320’s striker is partially pretensioned when the pistol is in battery, which results in a crisp and consistent trigger pull. The first 3/16” of trigger stroke is accomplished at an average pull weight of just over 2.5 pounds, at the end of which a pronounced click is both felt and heard. Another 3/16” of trigger travel, at an average pull weight of 7.5 pounds, releases the striker. Best of all, the trigger resets with only 3/16” of forward travel. Since this is a striker-fired pistol, there is no restrike capability.

We experienced no failures of any kind in several hundreds rounds of reliability and accuracy testing Balance and pointability were excellent, and perceived recoil and muzzle flip were minimal. Overall, it was an easy pistol to learn to shoot well.