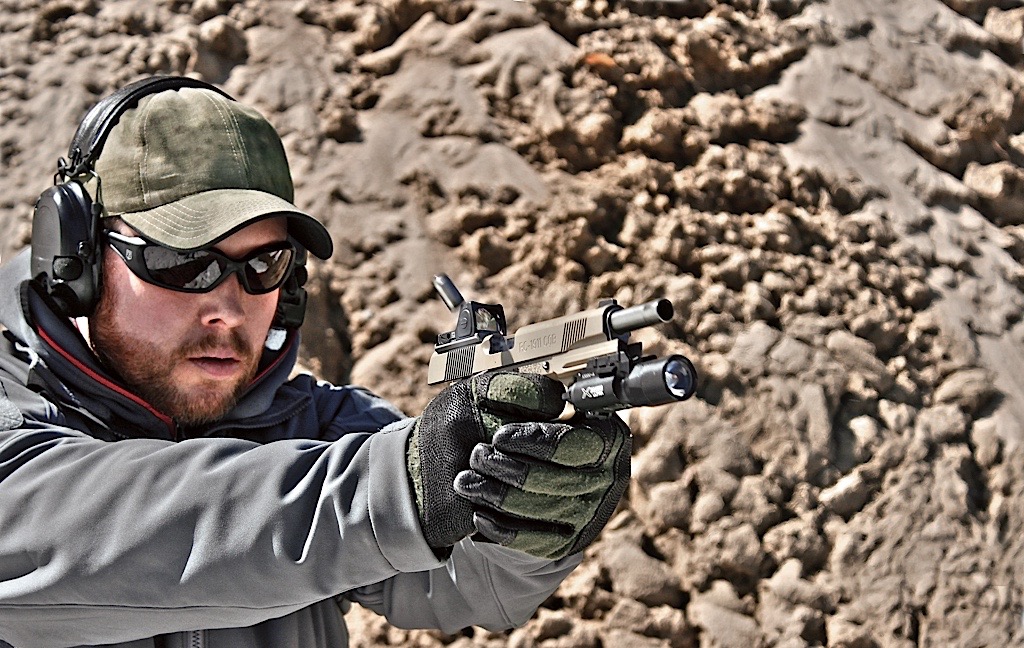 There’s a new breed of concealable fighting pistol . . . and Robar is on top of it. 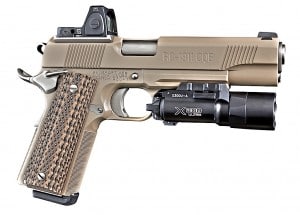 For a few years now, there’s been a small but growing trend to mount a compact optical sight on a pistol, not for match shooting but for home defense and even concealed carry. My friend, Dave Spaulding, the combatives trainer, thinks it’s the wave of the future and expects to see it one day on police duty pistols. I haven’t seen red dot handguns in the latter environment yet, but they’ve been showing up at my “civilian” classes for a while now, and the shooters who have them do well with them.
This format is now an option for Robar’s own brand of premium 1911 pistol. Their CQB (Close Quarters Battle) handgun can be had with the slide milled for installation of what I’m seeing as the most popular of the compact “carry” red-dot sights, Trijicon’s RMR. Our test pistol came with two barrels and slides, so we were able to compare both configurations: one factory night sights , and the other with the RMR. 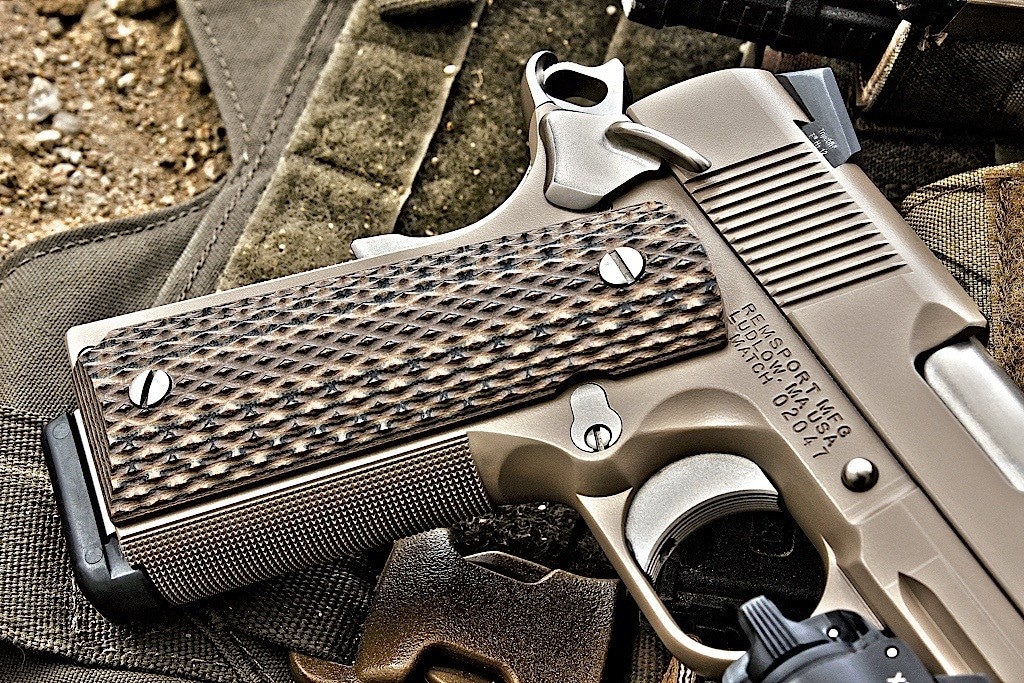 The slide, barrel and light-rail-configured frame for this pistol are built and branded for Robar by Remsport in Ludlow, Massachusetts. Robar’s Freddie Blish explains, “The frames and slides are CNC machined from 4140 steel forgings at optimum hardness, while the National Match contour barrels are rough machined from 416R stainless steel forgings, match rifled at a 1:16” left-hand twist, then double stress relieved before final machining.” 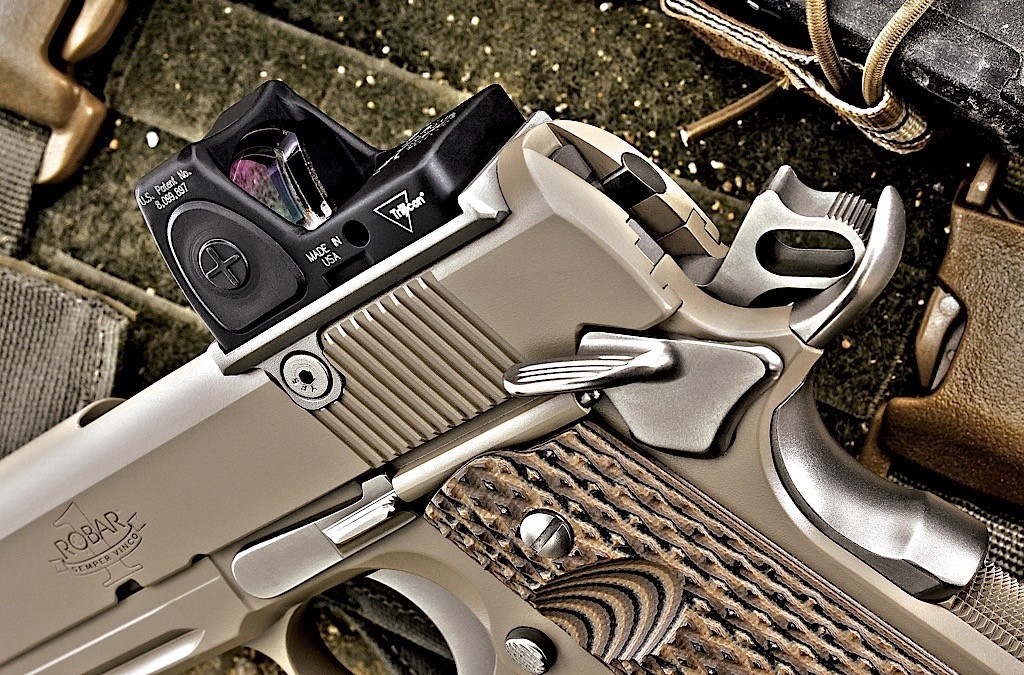 Robar cherry picked from among the best 1911 parts vendors to build this gun. From Wilson Combat came their Bullet-Proof ambidextrous thumb safety, extractor, and combat barrel link. Ed Brown provides the plunger tube, slide stop, extended ejector, recoil spring guide and plug, and firing pin stop. Cylinder & Slide’s match hammer strut and tactical match kit are part of the assembly, while Hilton Yam’s 10-8 company provides grip screws and bushings. A pair of  8-round Power Mags from Chip McCormick come with the gun. The Greider/Videcki trigger can be ordered in long-, medium- or short-reach size. Stocks are from VZ. Novak Mega Dot fixed tritium night sights are included in the base price of $2,895. An optional slide cut for the optical sight and its adapter plate is an additional $895. Robar will supply and install a Trijicon RMR06 for another $600.
Choices of finish, naturally, come from Robar’s own catalog: NP3, NP3 Plus, Roguard, PolyT2, or the customer’s choice of combinations. Our sample pistol was coated in NP3.