A precision .45ACP launch-pad from the Granite-state

At the 2013 SHOT Show Sig Sauer introduced a P226 chambered in .45 ACP, calling it the P227 just to make us all believe that it was a revolutionary new pistol. Very much to the contrary—and desirably so—the P227 is a tried and true P226 frame mounting a .45 ACP upper half—barrel, slide, recoil spring, etc. The P226 ain’t broke, and it definitely doesn’t need fixing, so it makes all the sense in the world to us that the P227 borrows so heavily from the pistol that has made countless trips to hell and back in the hands of U. S. Navy SEALS. So much so that we gave the P227 a 2013 Editors; Choice Award. 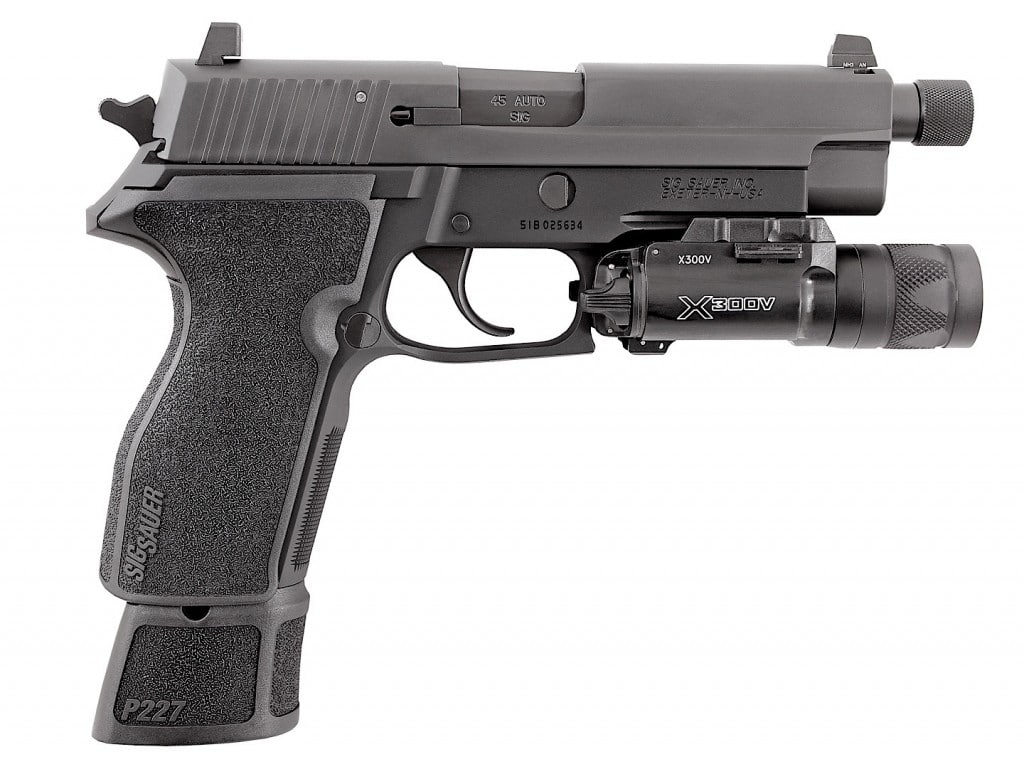 The P227 line now includes nine models, the newest of which is the P227 Tactical. The P227 was an instant success, not only because of its pedigree, but also because we American handgunners have a love affair with our homegrown .45 ACP cartridge that goes back over a century.

Following the Thompson-LaGarde Tests of 1904—which concluded that military handgun bullets needed to be of at least .45 caliber to be reliably effective—John M. Browning designed the .45 ACP (Automatic Colt Pistol) cartridge and built a prototype for Colt of what eventually evolved into the M1911 auto pistol, adopted by the U. S. Army on March 29, 1911 (the U. S. Navy and Marine Corps. adopted the M1911 in 1913). 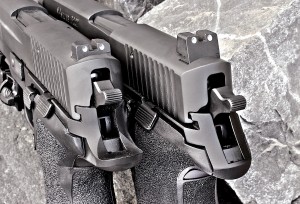 In military service, the .45 ACP cartridge was chambered not only in the M1911 and M1911A1 pistols, but also in the Thompson and M3 “grease gun” submachine guns carried by American troops right through the end of the Vietnam War. The mid 20th Century Mil-Spec loading of the .45 ACP cartridge propelled a 230-grain FMJ bullet to a nominal muzzle velocity of 830 f.p.s., carrying 352 ft. lbs. of kinetic energy. Serving U. S. Forces through four major wars (and countless “police actions”), it earned a reputation as a reliable man-stopper.