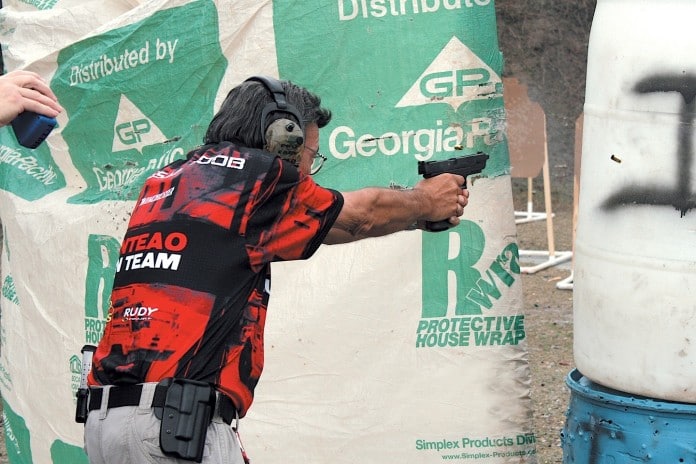 The evolution of Springfield’s polymer pistol is designed for winning matches, but has more serious applications as well.

And in the archives of Springfield Armory it is written that the company tested the HS2000 pistol made in Croatia, and found it good, and imported it to the United States as the Springfield XD. And lo, it became hugely popular, and the time came when Springfield’s own Dave Williams created new design features for it and the XD(M) was born. It was sleeker and somewhat more ergonomic (and, in 9mm and .40, with higher cartridge capacity), and it came to pass that the XD(M) actually became more popular than the XD. And then, it is written, Springfield Armory’s resident world champion and consultant, Rob Leatham, tweaked the shape to make it even better for winning pistol matches, and thus was born the XD(M) 5.25.