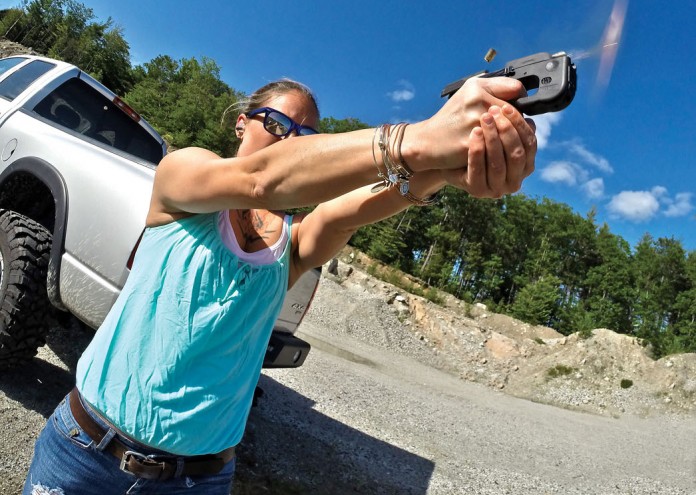 The Curve .380 ACP pistol from Taurus ($392.42) is one of the most innovative new products to come out of the 2015 SHOT Show. In fact, it’s an engineering marvel that incorporates every cutting-edge development in auto pistols over the last 20 years, and combines them all into a pocket-size concealed carry pistol that weighs only 12.0 oz. empty without magazine.

The new pistol’s name comes from the fact that its polymer frame is curved to the left from the top down when viewed from the rear in a radius that conforms to the “typical” human body. Combined with the pistol’s 7/8” overall width, that curvature virtually eliminates printing whether its worn on a belt or dropped into a pants pocket. The heel of the grip and the bottom front of the frame is are acutely rounded as further aids to concealability. The slide—which measures only 5/8” high—is not curved along its length, but is similarly rounded at both ends. Since the muzzle is flush with the front of the slide, it is also rounded at the same radius, with the effect that the first combustion gases to exit the muzzle vent straight up, arguably reducing muzzle rise.

If you’re left handed—which about 10% of the human population is—stop reading right here because you’re well and truly screwed. Reading the rest of this article will do nothing but make you envy righties even more than you already do. The Curve was designed specifically for right-handed shooters, and there is no indication that Taurus will ever offer a left-handed version.

The Curve is not only the world’s first and only curved pistol, but it’s also the first and only pistol to include a fully integrated red aiming laser and dual LED white light illuminators. Operated by a push-on/push-off sliding switch mounted in the frame—on the right side, of course—just forward of the trigger guard, it is easily activated by the trigger finger without breaking your firing grip. The laser and LED illuminators operate simultaneously, which is a great idea because you can’t hit a target—even with a laser—that you can’t see. 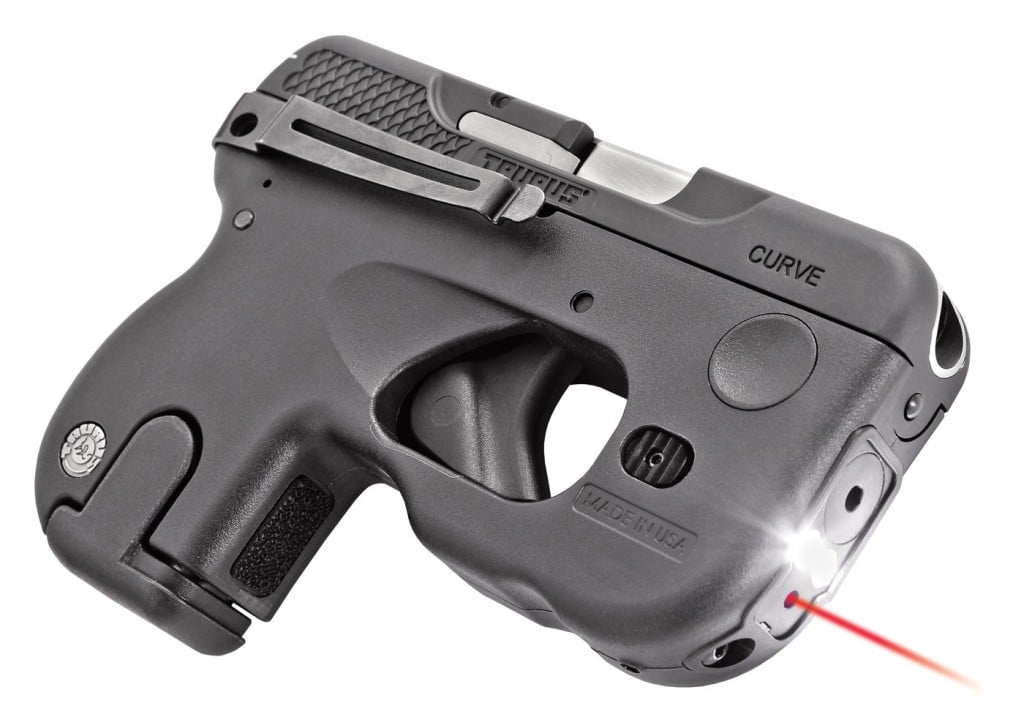 The laser and LED illuminators are obviously powered by batteries, but there isn’t a word in the owners manual or on the Taurus website as to the battery type or number, their operating duration, or replacement procedure. Both are similarly mute on whether or not the laser is adjustable for point of impact or how to adjust it.

The Curve is notable for its absence of controls, which consist of only the trigger and the aforementioned laser/LED on/off switch. There is no external safety, slide release, decocker or takedown lever. The magazine release is contained within a section of the bottom cap of the magazine that protrudes upward into the side of the grip frame. Passive safeties include an internal drop safety and a magazine disconnect safety. The slide remains open on an empty magazine, and there’s no way to close it except to remove the empty mag, pull the slide all they way to the rear and release it. Inserting a full mag does not cause the slide to close unless it is pulled fully to the rear and released.