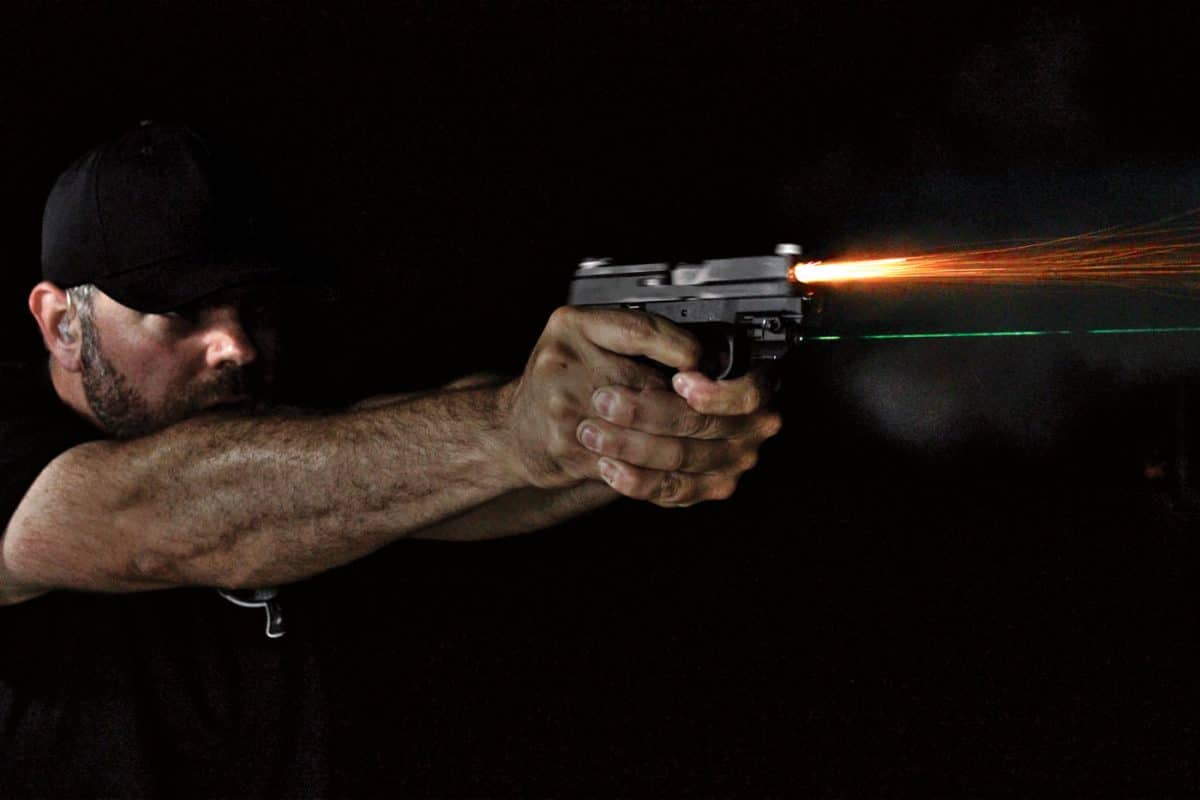 Take the storied quality associated with Belgium’s FN, Fabrique Nationale. Mate it with the solid American workmanship of FNH USA (Fabrique Nationale Herstal/United States of America) at a modern plant in Columbia, South Carolina. Shape it into the polymer-framed, striker-fired form that has taken America and the rest of the world by storm. Chamber it for the most popular centerfire cartridge today, the 9mm Parabellum, and size it for concealed carry. Et voila, we have the FNS-9 Compact pistol. 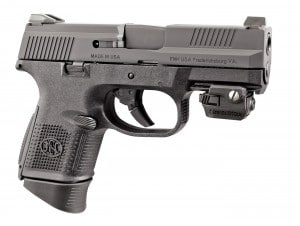 The FNS-9 Compact’s sculpted slide tapers toward the top, with currently-trendy forward slide grooves to complement the usual ones at the rear. The pistol has a two-piece pivoting trigger a’ la the Smith & Wesson Military & Police. This trigger’s reach is roughly the same as a Gen4 Glock 26, the market-dominating subcompact 9mm with which the FNS-9 Compact is obviously competing. The front of the frame is a bit more square than that of the “baby Glock,” which means it won’t quite fit in a holster designed for the latter gun, but makes up for that by having a rail for light/sight accessories molded into its dust cover.

The FNS-9 Compact sent to us came with three magazines: two short ones, holding 12 rounds each thanks to a slightly extended floorplate with a flange for the pinky finger, and one 17-rounder for the larger FNS-9 which worked just fine. The slide stop is ambidextrous, with a lever on each side, and is particularly well executed. A slight protective shield is molded around it in the frame—enough to keep a thumb from accidentally hitting it and bumping it up to lock the slide open in mid-cycle during a string of fire, but not so obtrusive as to make it hard for the shooter to intentionally lock the slide open during clearing procedures.

Sights are typical of the breed—dovetailed front and rear for easy replacement and adjustment, fixed, with three white dots—but improved in that the rear sight has a BIG U-notch and its backface is grooved to break up light reflection. I REALLY liked the rear sight.

As is the style these days, pioneered long ago by Walther, this polymer framed FNS has interchangeable backstrap panels to adapt the gun to the shooter’s hand. The gun came with the arched lower end installed, and a flat-back replacement in the box. The grip feel is, like anything else with the word “feel” in it, highly subjective. For my part, I definitely preferred the arched backstrap. Like the similar shape on a baby Glock, it locked into the hollow of my hand and helped stabilize the pistol.

Try both and decide. Options are good.

Speaking of good options, the FNS-9 Compact is available with or without an ambidextrous thumb safety mounted on the frame. If a jacket drawstring gets caught in the trigger guard while holstering, or if a bad guy gains momentary control of your gun, you’ll appreciate the manual safety. Not everyone agrees.

Again, it’s your choice. Our test sample came “without.”

My initial impression of the trigger pull is that it exhibits a slightly shorter, lighter take-up than the Glock, with a bit of creep to it (a palpable friction interference between the internal parts). This is followed by a relatively long (again, compared to the Glock) final pull, finishing with a fairly clean break that has a little backlash to it. By “backlash,” I mean movement of the trigger after the sear has released. Re-set after that previous shot is about typical length for a striker-fired pistol.