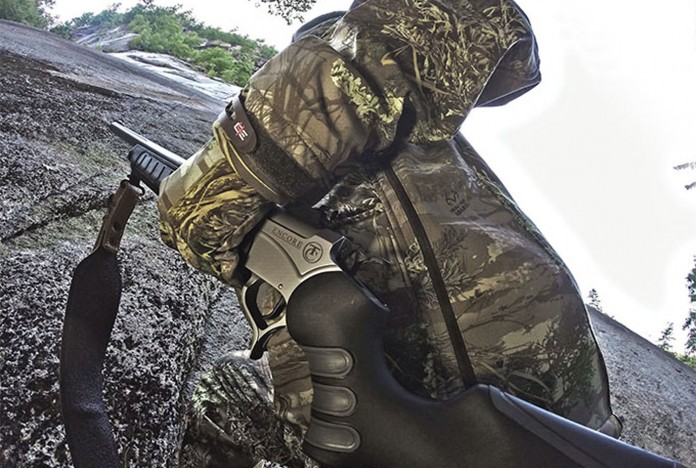 In 2003, Smith & Wesson introduced its .500 S&W Magnum cartridge—co-developed with Cor-Bon—and its new X-Frame revolver to fire it. The primary design purposes of both the cartridge and the revolver were to create a hunting handgun capable of taking all North American game species. It was—and remains to this day—the most powerful dedicated handgun cartridge ever devised. I carry a 4-inch barreled version loaded with Cor-Bon 440-gr. hard cast lead loads on my wader belt for up-close-and-personal brown bear defense when fishing in Alaska. 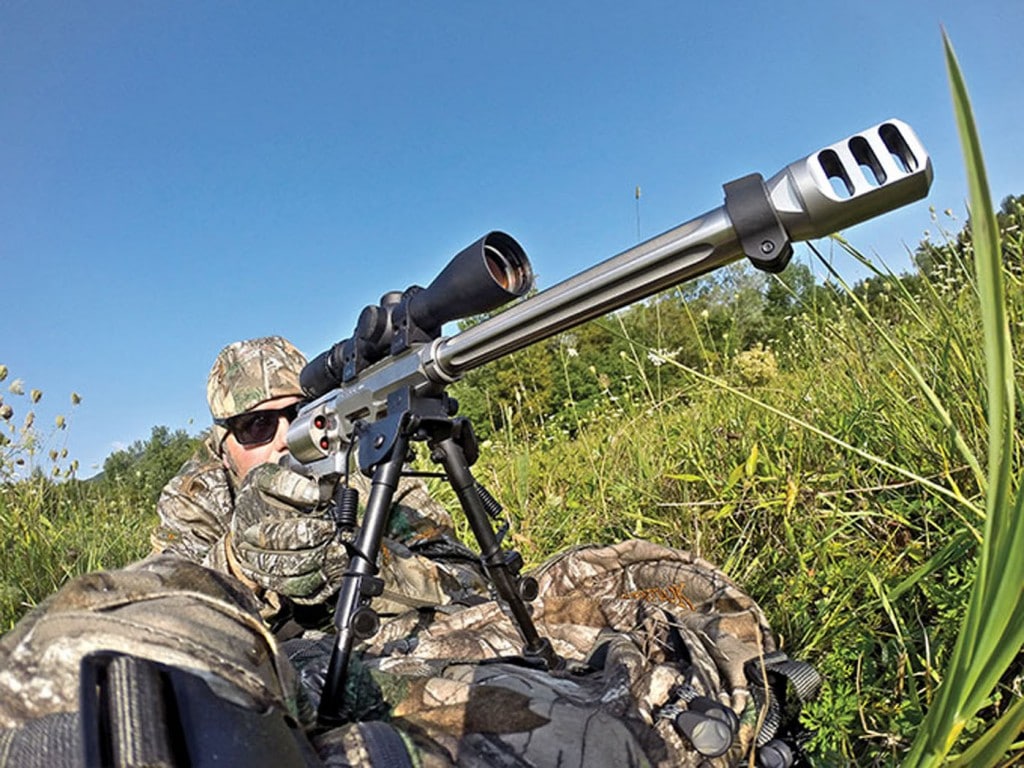 The .500 S&W Magnum was an instant success, but some hunters claimed that its exterior ballistics were less than ideal for long-range hunting, so Smith & Wesson answered the call in 2005 with the faster and flatter-shooting .460 S&W Magnum cartridge. Rather than being a “skinnied down” .500 S&W Magnum, the .460 is actually a lengthened and more powerful version of the .454 Casull, which, in turn, is a lengthened and more powerful version of the .45 Long Colt. As a result, .460 S&W Magnum revolvers will happily chamber and fire both .454 Casull and .45 Long Colt ammunition as well.

Commercial loadings of the .460 S&W Magnum employ a variety of bullet types in grain weights ranging from 200 to 375. In terms of shear muzzle energy, the hottest load we could find was Buffalo Bore’s 360-gr. lead flat nose, which exits the muzzle of an 8-inch test barrel at a velocity of 1,900 f.p.s., producing kinetic energy of 2,860 ft. lbs. Loadings with lighter bullets produce higher velocities but lower kinetic energy levels that range from 2,100 to 2,300 ft. lbs.

It’s common knowledge that bullet velocity increases as barrel length increases, and a number of scientific studies have born this out. A host of variables determine how much bullet velocity increases per additional inch of barrel length—among them the cartridge itself, its propellant capacity, propellant weight, propellant burn rate, bullet diameter, bullet length, bullet weight and ambient temperature—but the data suggest that for the average rifle/rifle cartridge combination, each additional inch of barrel length increases bullet muzzle velocity by an average of 25 f.p.s. And that number can be higher for handguns, where each additional inch of barrel amounts to a higher percentage of original length. At some point, however, all cartridges burn their propellant load down to the point where acceleration decreases and eventually stops, so extremely long barrels can actually produce lower muzzle velocities than shorter barrels.

Sporting a 14-inch fluted barrel, Smith & Wesson says that its Performance Center Model 460XVR ($1,559) has the highest muzzle velocity of any production revolver on earth. The “XVR” designation stands for “X-treme Velocity Revolver,” and as you read on you’ll see that this is no idle claim.

Measuring 21.5 inches in overall length, and weighing 5.5 lbs. empty without optics or the included sling and bi-pod attached, the 460XVR is probably the biggest revolver on earth as well. The 460XVR has but one role in life: hunting big game at what most hunters would consider to be rifle range. In designing the .460XVR, the Performance Center used its extensive knowledge and experience—along with every trick in the book—to wring every foot-second of velocity out of the .460 cartridge without compromising accuracy or shootability.