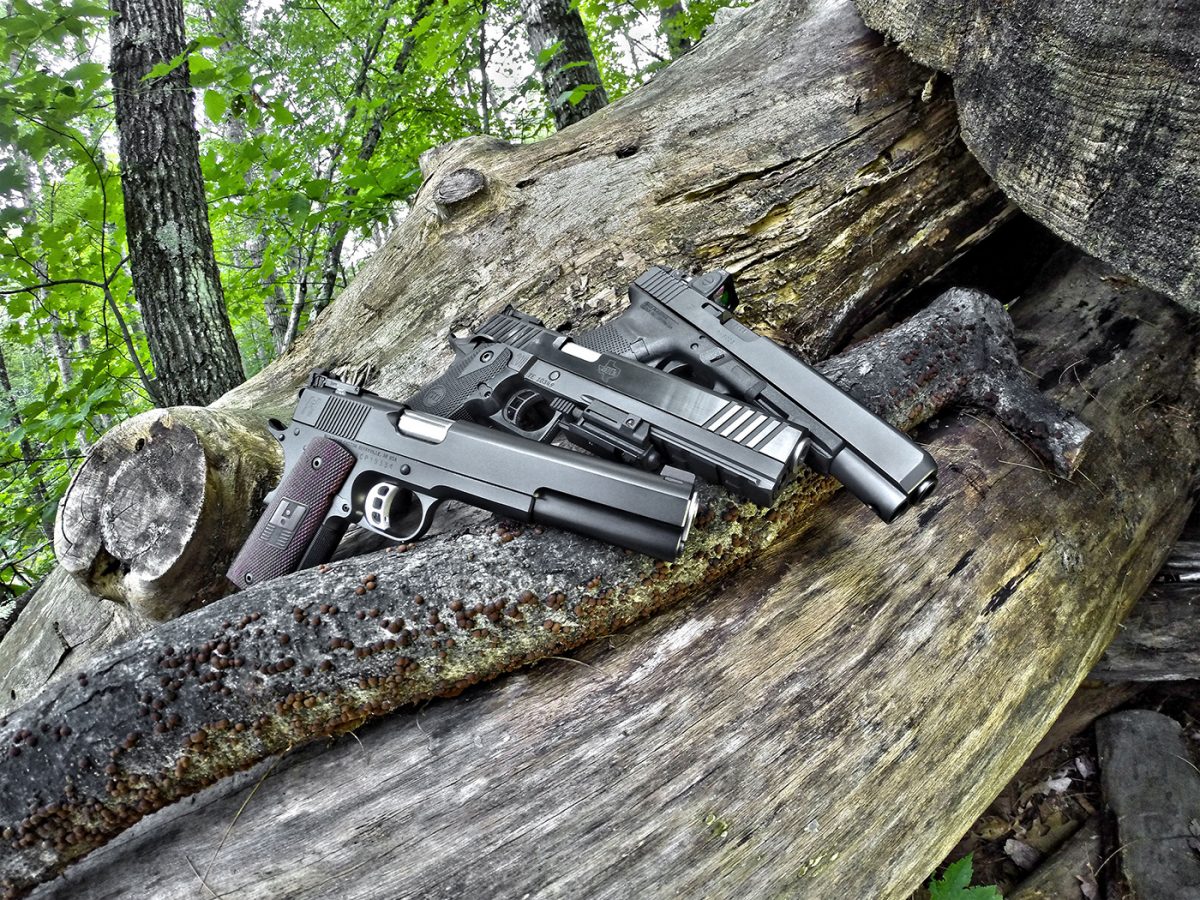 Are you up for the challenge?

It’s no secret that all of us here at On Target really enjoy hunting with handguns, especially auto-pistols. Aside from the .44 Magnum and .50 AE cartridges chambered only in the big, heavy Desert Eagle platform, our favorite pistol hunting cartridge is the 10mm Auto.

Conceived by Col. Jeff Cooper as a harder-hitting, flatter-shooting alternative to the .45 ACP, the 10mm Auto was introduced in 1983 and first chambered in the Bren Ten pistol. In the 1986 Miami shootout, two bank robbers killed two and wounded six undergunned FBI agents, which prompted the FBI to start looking for a more powerful substitute for their standard 9mm handguns. In 1989—after extensive testing—the Bureau chose the 10mm Auto cartridge, and Smith & Wesson responded with their Model 1076 pistol.

The 10mm Model 1076 proved problematic for some agents, even when shooting the reduced-recoil load developed by Federal Cartridge (the “10mm FBI load”). Smith & Wesson provided the solution again by shortening the 10mm Auto cartridge case from 25mm to 22mm, reducing the powder charge and calling it the .40 S&W. Although dumped on by 10mm fans—who call it the “.40 Short & Weak”—the .40 S&W quickly became a mainstream law-enforcement cartridge.

Everything about the 10mm Auto that made it “too much gun” for the FBI makes it a great choice for hunting, especially the “long slide” versions with 6-inch barrels. That extra inch of barrel length produces an extra 35 to 50 f.p.s. in muzzle velocity, depending on the ammo used. Full power 10mm loads produce external ballistics approaching those of the .41 Magnum, and when loaded with hunting-proven bullets provide excellent performance on deer-, hog- and black bear-sized game from short range. Our comfort level with this cartridge’s ballistics is generally 60-yards and under. Can you stretch it out further? Sure you can, but this isn’t a magic bullet, and (most of the time) you’re not dealing with rifle-like precision…ethical hunting practices need to be strongly considered when hunting with a handgun.

Point of aim vs. point of impact with the factory sight settings varied widely with all of these pistols, and with each load tested—more so than with any other handgun cartridge we’ve ever tested. At times the variance as much as 4-inches at 25 yards, so there’s a lesson to be learned here: Make sure you sight in you pistol with the load you’re going to hunt with, and hunt with no other load. 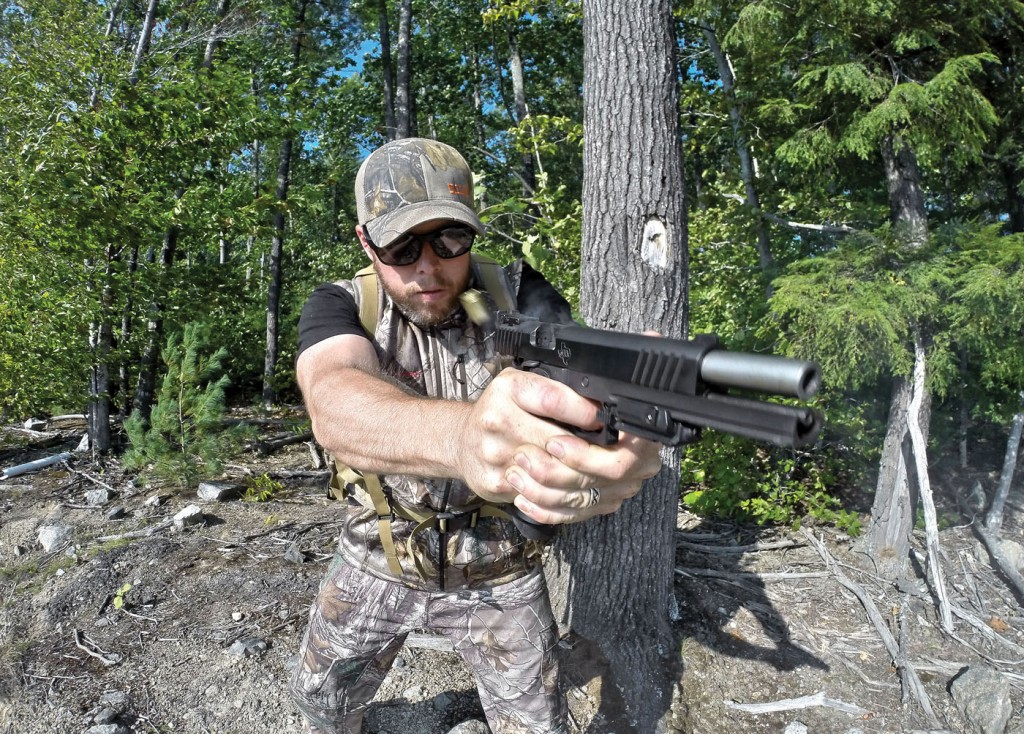 Taking a significant step down on the price scale, the Perfect 10 from STI International ($2,599) is a long-slide, double-stack 1911 designed and built specifically for hunting. This is a massive gun, to be sure, measuring 9.75 inches in overall length, 5.6 inches in height and 1.74 inches in width, with a grip circumference of 6.0 inches, a trigger reach of 2.75 inches and a sight radius of 7.85 inches.

Stated magazine capacity is 14 rounds, but we had no trouble getting a 15th round into the polished stainless steel magazine. The Perfect 10 weighs 42.3 oz. empty, and the magazine loaded with 15 rounds of 180-gr. ammo weighs 12.5 oz., for a total loaded weight of 54.8 oz. Not surprisingly, it exhibited the lowest perceived recoil and least muzzle rise of the three pistols tested.

The Perfect 10 is also a very serious looking piece—something you might expect to see a six-and-a-half-foot tall, 300-pound Texas Ranger carrying as his duty weapon . . . cocked and locked of course. The frame and slide are precision CNC machined, the latter from high carbon steel and the former from aluminum. Polymer components include the grip panels, square front trigger guard, skeletonized trigger and checkered front and back straps, while the massive, extended magazine well is machined from aluminum. The flat sides of the slide are polished and blued and have cocking serrations cut front and rear. The top of the slide is rounded and matte blued, features a flared and extended ejection port and is fitted with dovetailed competition black blade front and fully adjustable Bomar rear sights.

The bushingless, 6-inch bull barrel—with a wall thickness of a full 1/8”—employs a 2-piece guide rod and 18-pound recoil spring.. The hand fitting of the slide to frame, and the barrel to the barrel hood and lugs, is as tight as it gets. Try as we might, we were unable to create any movement whatsoever between the slide and frame, either with the slide in battery or when it was locked open.