Velocity triggers is a relatively new company based in Phoenix, AZ. It’s owned and operated by Tom Vehr, who spent 14 years at Timney Triggers overseeing all aspects of production. He also spent 13 years with Knight Rifles directing their trigger manufacturing, where he produced almost 500,000 triggers. 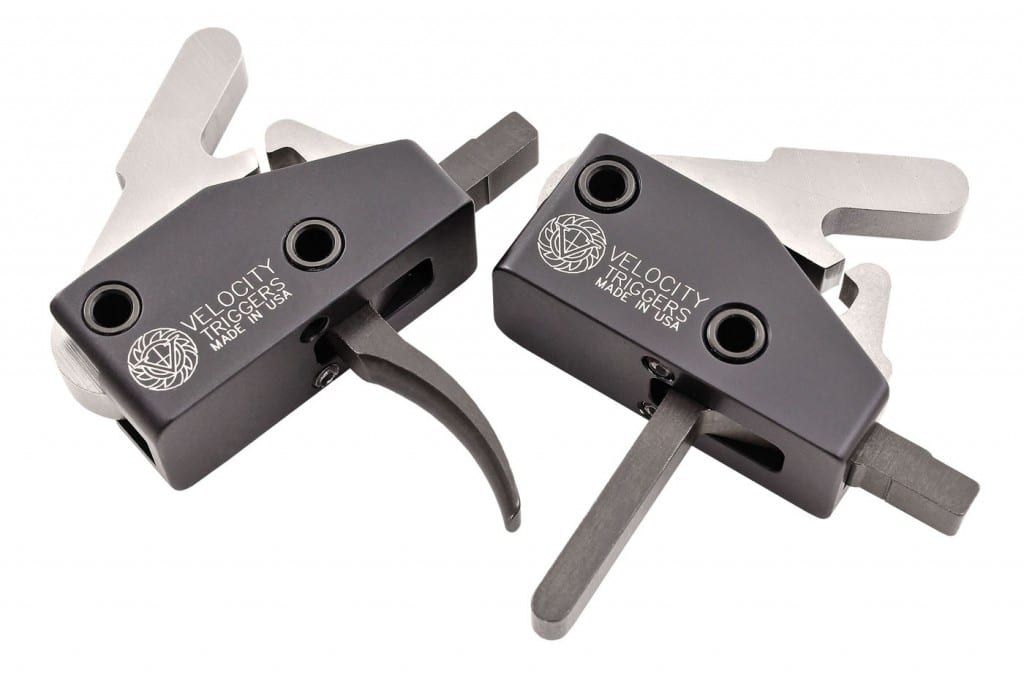 In all, Tom has over 30 years of experience in designing, manufacturing and assembling precision rifle triggers.

During the course of his trigger career, Tom was amazed at how many otherwise top-quality AR-15s came with crappy Mil-Spec triggers, and how costly and complicated to install most aftermarket AR-15 replacement triggers were. So he sat down and designed a dirt simple, reasonably priced, user installable, super precision, AR-15 trigger system, named it the Velocity Trigger, and set about manufacturing them in Phoenix. He’s since expanded into AR-15 pivot pins, take-down pins and firing pins, as well as complete lower receiver precision parts kits that include a Velocity Trigger. 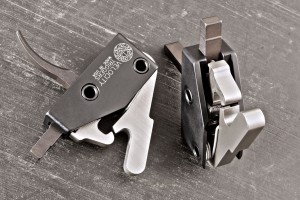 Five Velocity Trigger models are currently offered. All are single-stage, non-adjustable, drop-in designs priced at $150. Velocity Triggers are available with curved trigger blades in  3-, 4- and 4.5-pound pull weights, and with straight trigger blades in 3- and 4-pound pull weights. The trigger assembly housing is machined from 6061 T6 billet aluminum. The trigger, hammer and disconnector are precision EDM cut from tool steel, and heat treated for a lifetime of service. The hammer and disconnector are also NP3 coated by ROBAR for super smooth, corrosion proof, all-weather operation. 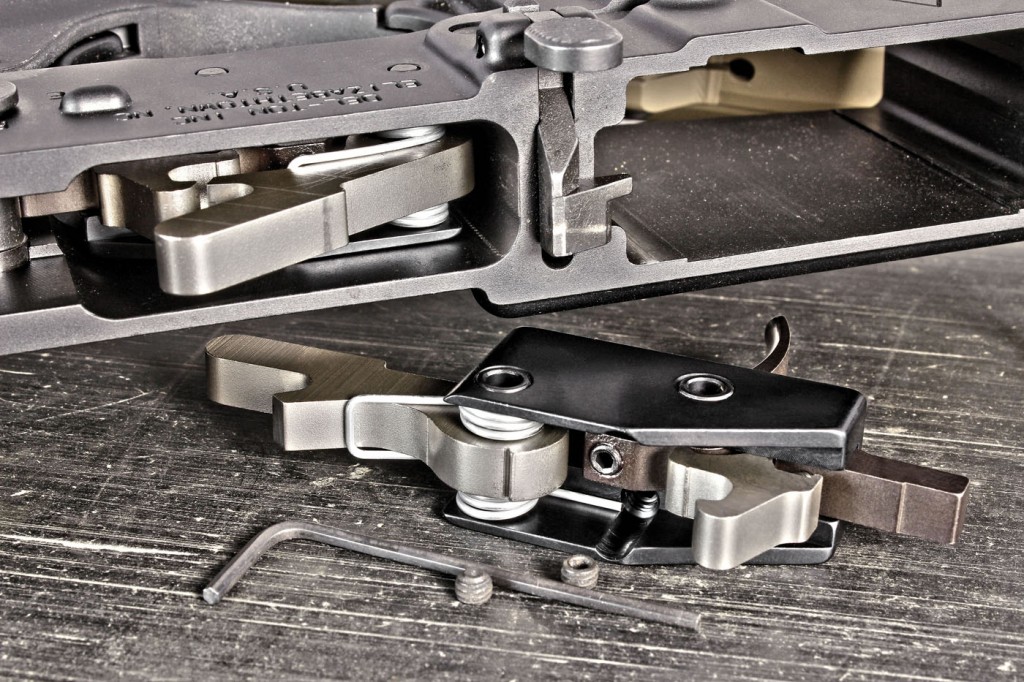 If you can tie your shoes with two hands, you can install a Velocity Trigger. It takes less than five minutes—the guy doing it in the installation video on Velocity’s website does it 2 minutes 20 seconds flat—with wooden mallet and a pin punch. These are literally drop-in triggers, with absolutely no gunsmithing or special skills required.

Tom sent us a pair of 3-pound Velocity triggers—one curved blade and the other straight blade—to install in any ARs we chose. As it turned out, we installed both triggers in a total of four AR-15s from four different manufacturers, each of which came from its respective factory with doggy Mil-Spec trigger. 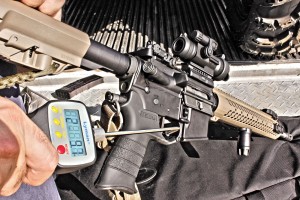 The first installation took us more than five minutes because we were taking our time and paying attention. By the fourth installation we broke the 3-minute mark, and encountered no surprises, glitches or other unpleasantness in the course of any of them.

The results of these upgrades were uniformly excellent, with clean crisp trigger pulls, and no take-up or stacking, that gauged within an ounce of their stated pull weights. We’ve often commented that an AR’s accuracy potential is determined in large part by the quality of its trigger, and a Mil-Spec trigger is the very first component we get rid of when chasing precision. Get yourself a Velocity Trigger and chase some precision yourself. See them at your gun shop, or contact Velocity Triggers, Dept. OT; Tel.: (602) 595-5931; Web: www.velocitytriggers.com