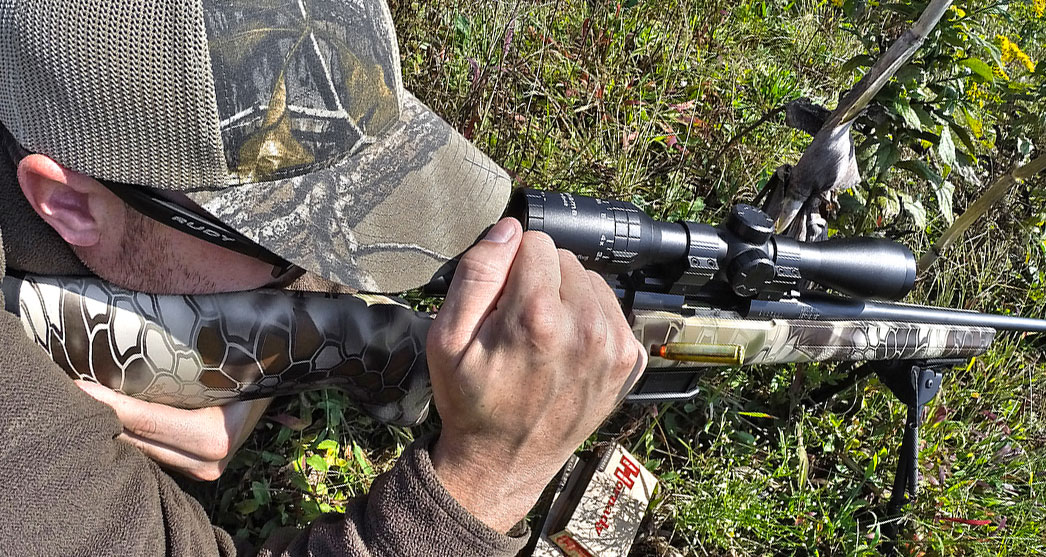 One of few bolt actions sized to match the .223, this Howa sheds bulk and ounces, not accuracy!

Want a Howa? The 2015 catalog from Legacy Sports, purveyor of this Japanese-built rifle, has 42 pages of Howas! They include the new short-action Alpine Mountain Rifle in .243 Win., 6.5 Creedmoor, 7mm-08 Rem. and .308 Win. With its High Tech stock and a Vortex Viper 3-9x scope mounted in Talley rings, it scales 6.7 pounds.

Arguably, even more newsworthy is the .223-size Mini rifle. At 10.2 ounces, the action weighs 2.9 ounces less than that of the short action, and 5 oz. less than one long enough for the .30-06 Springfield. The Mini’s 6-inch bolt mikes nearly an inch shorter than a short-action’s, and an inch and a half shorter than Howa’s long bolt.

Actions sized for diminutive centerfire cartridges aren’t new. Decades ago, I was love-struck by Sako’s svelte Vixen. A handful of other rifles have been chiseled to dimensions just right for the likes of the .222 Rem., the .22 Hornet and now the .223 Rem. Of course, the M16 self-loader is proportioned for the 5.56×45 NATO. But manufacturers of bolt-action sporting rifles see great economies of scale in using standard short actions for pint-size .22s. Tweaks to the magazine and bolt face are cheaper than designing and producing new receivers, bolts and stocks. 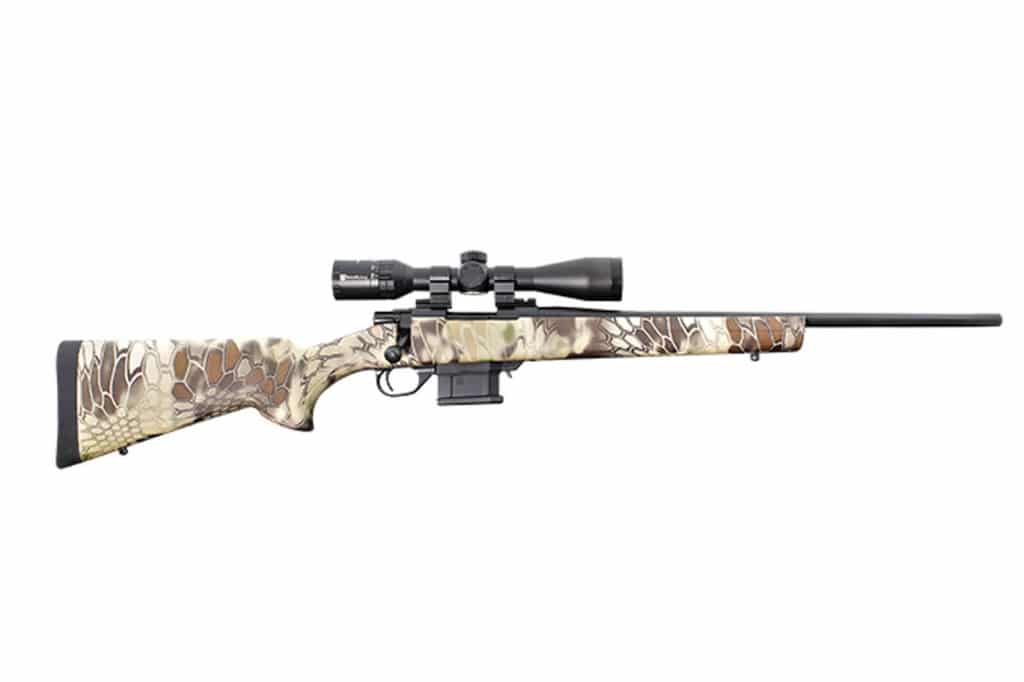 There’s certainly nothing wrong with a .223 Rem. barrel on a receiver fashioned for the .308 Win., assuming proper action tweaks. My introduction to Howa’s short action, many years ago, came in Wyoming’s high country. Probing a timbered north slope for elk, I bounced two bulls from their beds. They rocketed off down-canyon, then split as I sprinted to find a shot alley. The lodgepoles forced me left, where I glimpsed the bull rounding a pocket on a trail below. By great good luck, he paused just as I fell against a tree and pasted the reticle of my 4x Nikon on his ribs. At the crack of the 6.5x55mm he was off again, but fatally hit. I lunged after him and got one more offhand shot. The 140-grain softpoint broke his neck.

It isn’t just for that elk that I still adore this Howa. The action, if a tad heavier than some, is very smooth. It feeds without fail. The trigger breaks like a tiny icicle. The rifle shoots routinely into a minute of angle—and as importantly, it’s stocked to point naturally. It shoots where I look.

So why the Mini? Well, why carry more rifle than you have to? Twelve percent shorter than the Howa short action, it relieves you of excess weight and bulk. At the same time, the Mini has every feature of bigger Howas: a 3-position safety, a crisp, compliant trigger, a lightweight synthetic magazine box, and a Hogue stock in black, green or camo. You can also get a Mini barreled action.

The Mini I snared for function and accuracy trials features a Hogue stock in Kryptic Highlander tan. The slim 20-inch barrel is bored to .223. There’s a 22-inch “standard barrel” option, as well as a heavy-profile 20-incher. It’s also available chambered in 204 Ruger. My sample is a “package rifle” with 3-9×40 Nikko Stirling scope.

Like all Howas, the Mini has a twin-lug, one-piece bolt with M16-style extractor and plunger ejector. The action cycles silkily in the forged receiver. While the flat thumb safety looks like a 2-detent switch, it does, indeed, have three positions, and the stops are positive. The middle spot lets you work the bolt with the firing mechanism blocked.

My Timney gauge registers a trigger pull of 3.2 pounds. Let-off is crisp and consistent. Listed as a “two-stage,” the pull comprises short, very light travel to engagement. Then there’s the break. No grit, no creep, no stacking. It’s a hunter’s trigger, factory set at a useful weight for accurate shooting afield.