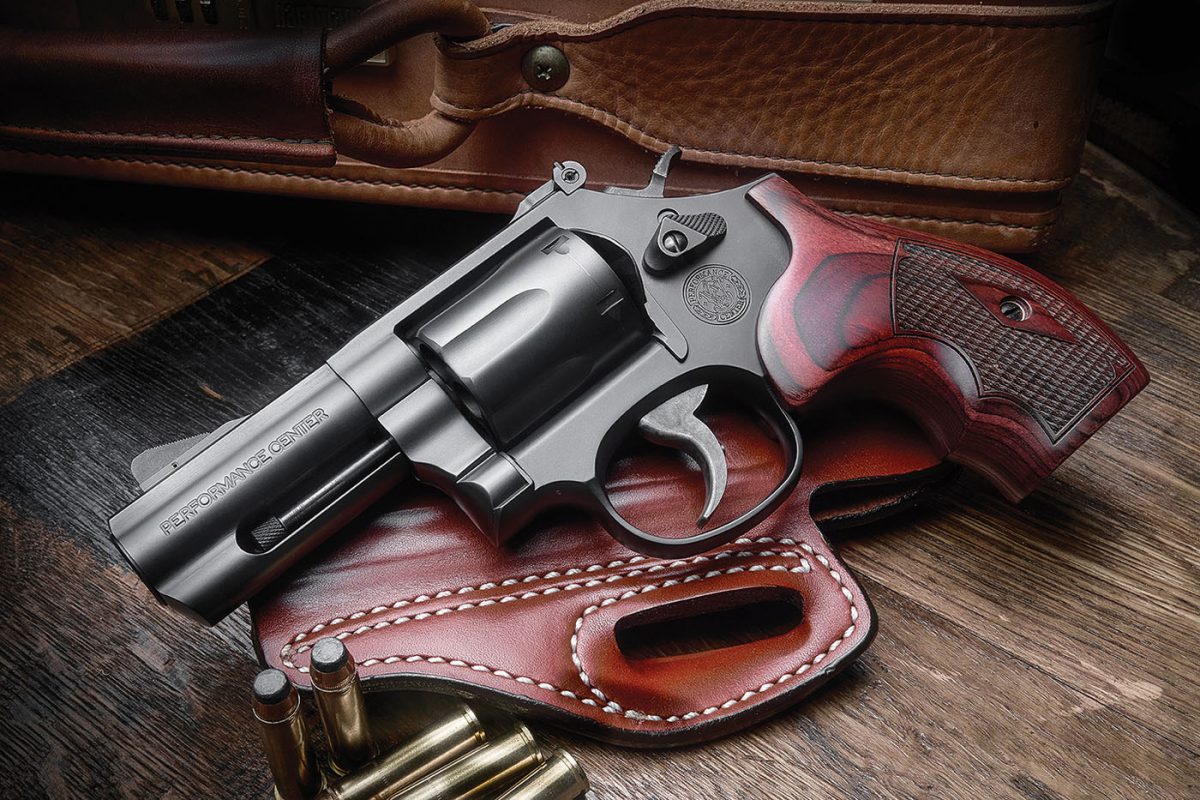 All of us gun nerds know the story of the Smith & Wesson .357 Combat Magnum.  Legendary Border Patrol gun-hawk, Bill Jordan, told then-S&W CEO Carl Hellstrom that the ideal police service revolver would be the K-frame .38, chambered for the powerful, .357 Magnum cartridge the company had pioneered in 1935. The .357 Combat Magnum became a reality in the 1954-55 season. Dubbed the Model 19 in the late ‘50s when S&W went to numeric designations, it was one of the most popular police guns of the third quarter of the 20th Century. When rendered in stainless, it became the Model 66.

Even after the tsunami of police service pistols that sent the service revolver off the street and into the police museum for the most part, we gun geeks still appreciated these handy .357s. A particular favorite iteration was the round-butt, three-inch barrel .357. In blue or nickel with fixed sights they were known as the Model 13, the FBI’s last service revolver before they went to autos, and in stainless it was the Model 65. A small number of three-inch Model 66s were produced, though never as an S&W catalog offering, and I’ve never personally seen a blue Model 19 adjustable-sight three-inch, though I’ve been told they existed. And one certainly exists now.

Recently introduced by the S&W Performance Center, the PC Carry Comp brings to the table everything six-gun aficionados liked about three-inch K-frames. The round butt for better concealment (and, some swear, better fit to the hand), and the full-length ejector rod to more decisively clear spent brass for an emergency reload.

The three-inch gun’s half-an-inch longer sight radius is sacrificed in the name of recoil control, because the heavy barrel is ported at the top front to exhaust expanding gases upward and thus drive the muzzle down, hence the Comp(ensator) appellation.

The Carry Comp In Hand

The blue finish on the Carry Comp has a more subdued polish than the brighter blue of the old Model 19. The trigger surface is nice and smooth, the way most double-action combat shooters prefer. Trigger pull itself was smooth but relatively heavy, which I’ve found to be characteristic of current-production S&W revolvers. Of course, the built-in trigger lock, which none of us enthusiasts seem to like, was present too. The trigger has an anti-backlash stud on the back to prevent over-travel, a feature which tends to improve accurate shooting a bit.

On a Lyman digital trigger-pull scale, the double-action pull went over the top limit of twelve pounds. In the old days, we saw a lot of S&W service revolvers that went about fourteen pounds, but they were smooth enough that most folks didn’t complain. Same here. Single-action also went to the high side, averaging 5-pounds, 10.4 ounces.  Single-action was crisp and backlash free, however. No one on our test team complained about the trigger being too heavy; we all had long experience with double-action revolvers.

In shooting the Carry Comp, particularly with Magnum loads, we saw a definite reduction in muzzle rise in comparison to the 3-inch, un-ported Model 66 we used as a “control gun.” The best way to test muzzle rise is to stand erect and fire one-handed, not leaning into the gun. See photos to observe the difference. Leaning into the gun, it was always back on target by the time the next trigger pull was complete, even with the smokin’ hot 125-grain Magnums.

With any ported gun, hot gases and debris venting upward can reach the eyes if the gun is fired in a “retention” position. If that style of shooting is part of your self-defense repertoire, you might want a regular, unported 2.75” Combat Magnum.