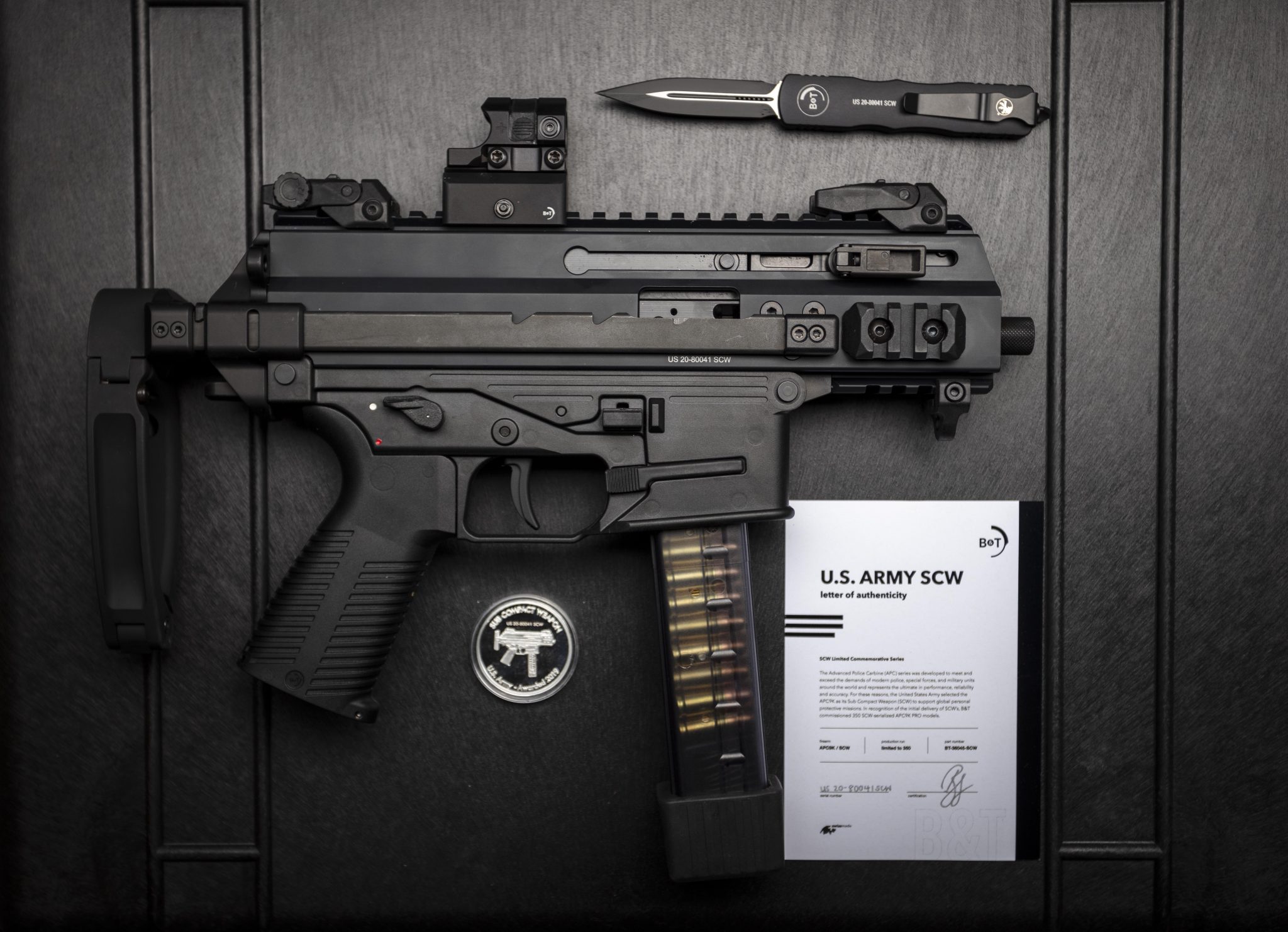 Own the Sub Compact Weapon chosen by the United States Army 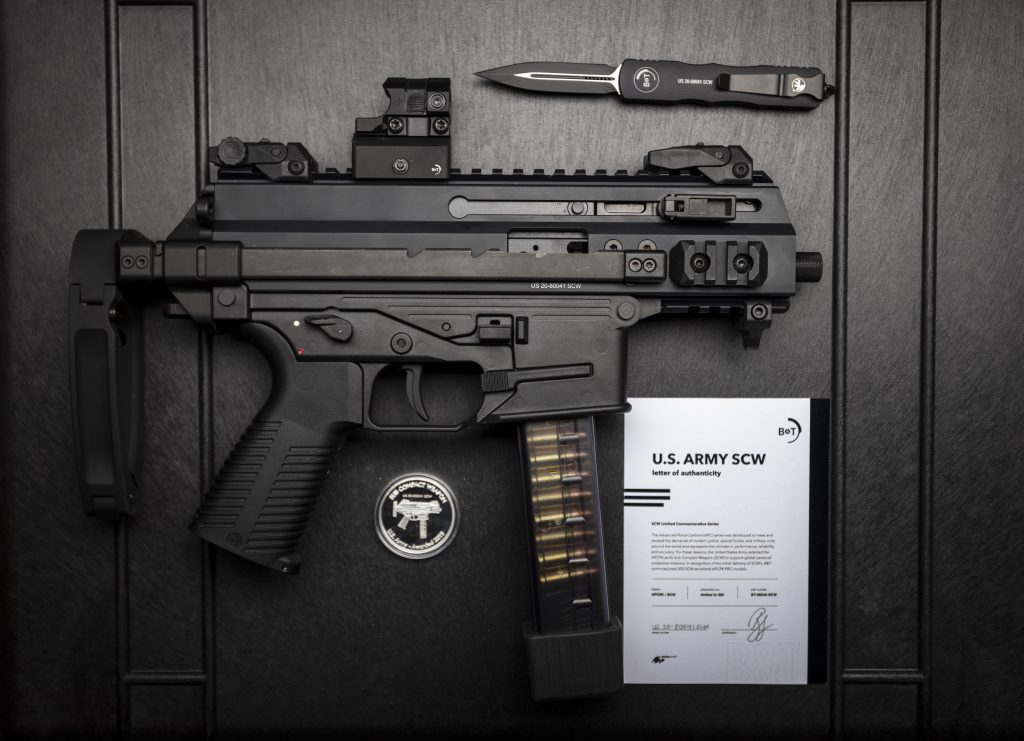 The Advanced Police Carbine (APC) series was developed to meet and exceed the demands of modern police, special forces, and military units around the world and represents the ultimate in performance, reliability and accuracy. For these reasons, the United States Army selected the APC9K as its Sub Compact Weapon (SCW) to support global personal protective missions.

In recognition of the initial delivery of 333 SCW’s, B&T commissioned 350 SCW-serialized APC9K PRO models, 333 of which will be made available exclusively to US-based collectors. 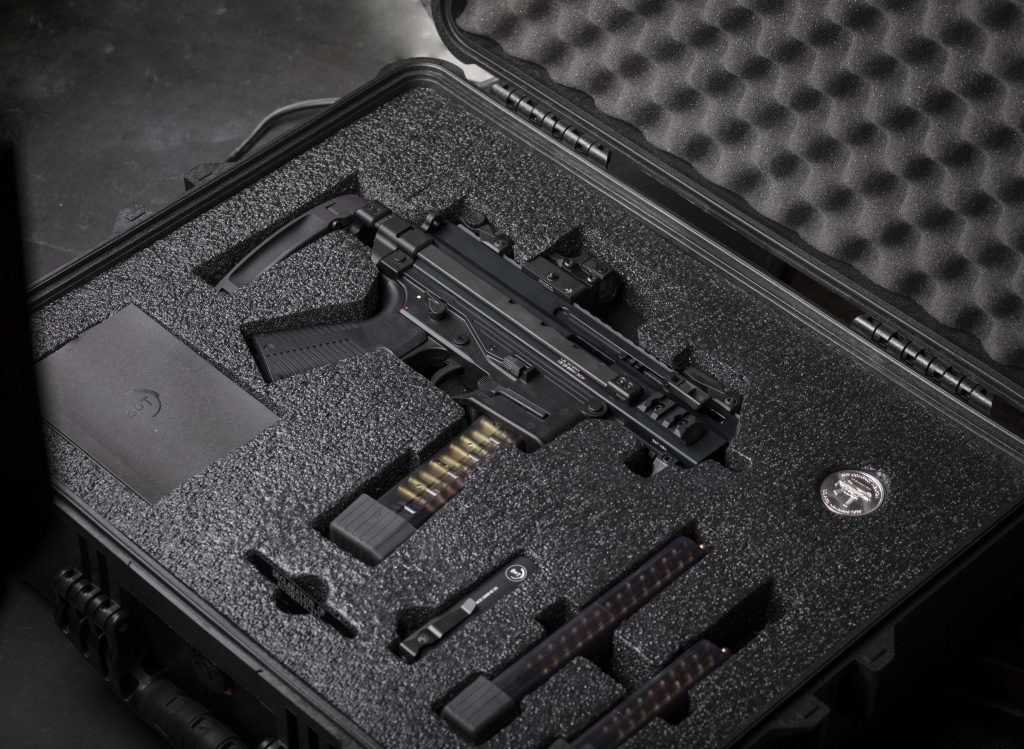 The APC9K is expected to be issued to, and employed by, Personal Security Details (PSD) personnel tasked with protecting senior United States Army leaders, and other principles traveling to less secure areas. An operational need was identified for a highly concealable sub compact weapon system capable of engaging threat personnel with a high volume of lethal and accurate fire at close ranges, with minimal collateral damage — a compact submachine gun fills this niche. The APC9K was procured to fill this capability gap in lethality and concealability; essentially bridging the gap between pistol and rifle.

The APC9K accomplishes this, in spades. At less than 15-inches in length, the AP9K is an incredibly concealable platform optimized for low visibility carriage and discreet deployment; use in and around vehicles, and within confined spaces — all while delivering unsurpassed accuracy, controllability and ergonomics. 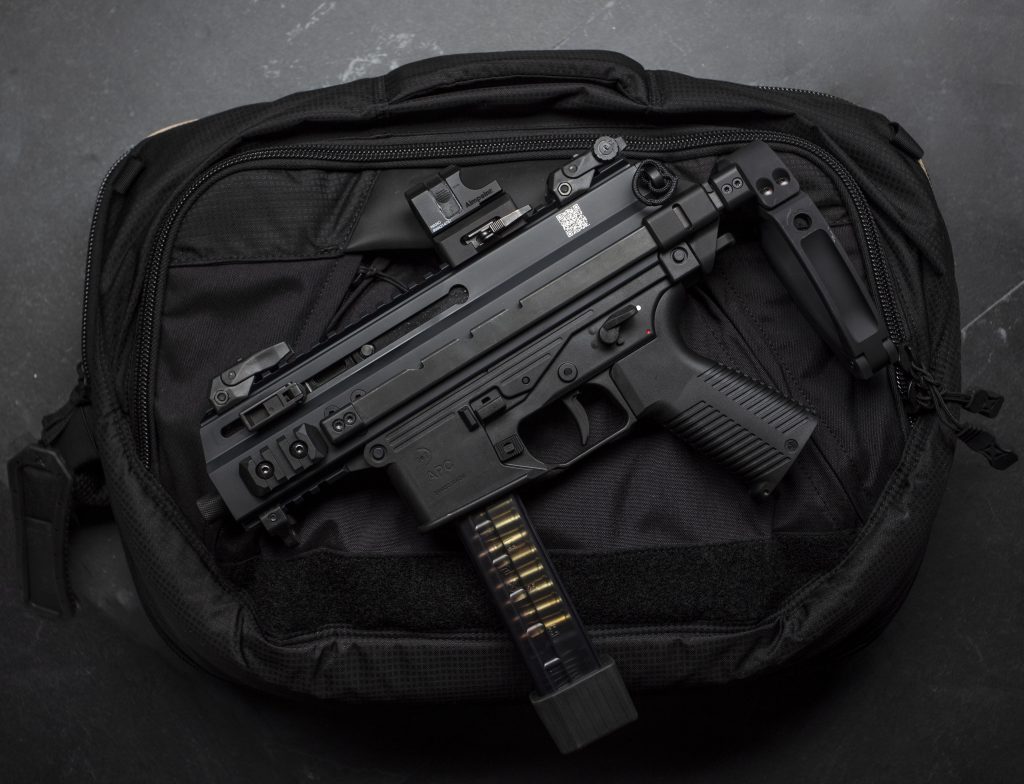 The APC9K utilizes a hydraulic buffer system to drastically reduce felt recoil and muzzle rise and is the most compact version the APC9 PRO platform that features functional updates to include dual auto-folding, non-reciprocating and ambidextrous charging handles, improved lower receiver ergonomics that include a side positioned bolt hold open/release, removable M4 compatible grip, and Magpul M-Lok accessory slots located on the forend. Additionally, the APC9K can be equipped to accommodate Glock 9mm magazines, SIG P320 magazines or proprietary B&T magazines, by simply switching the non-serialized lower receiver group.

B&T USA, a Florida-based subsidiary of the formerly known as B&T AG SWITZERLAND, which was founded in 1991 as a designer and manufacturer of the industry’s most advanced suppressors. Under the leadership of Karl Brügger, B&T has evolved into a world leader in the design, manufacture, and sale of the most technologically advanced, high performance weapons systems in the world. From the comprehensive APC (Advanced Police Carbine) line, recently adopted by the United States Army, to the new 9mm USW® (Universal Service Weapon) and USW conversion kits; B&T weapon systems are used globally by police, Special Forces, and elite military units. For more information on B&T USA, visit: www.bt-arms.com 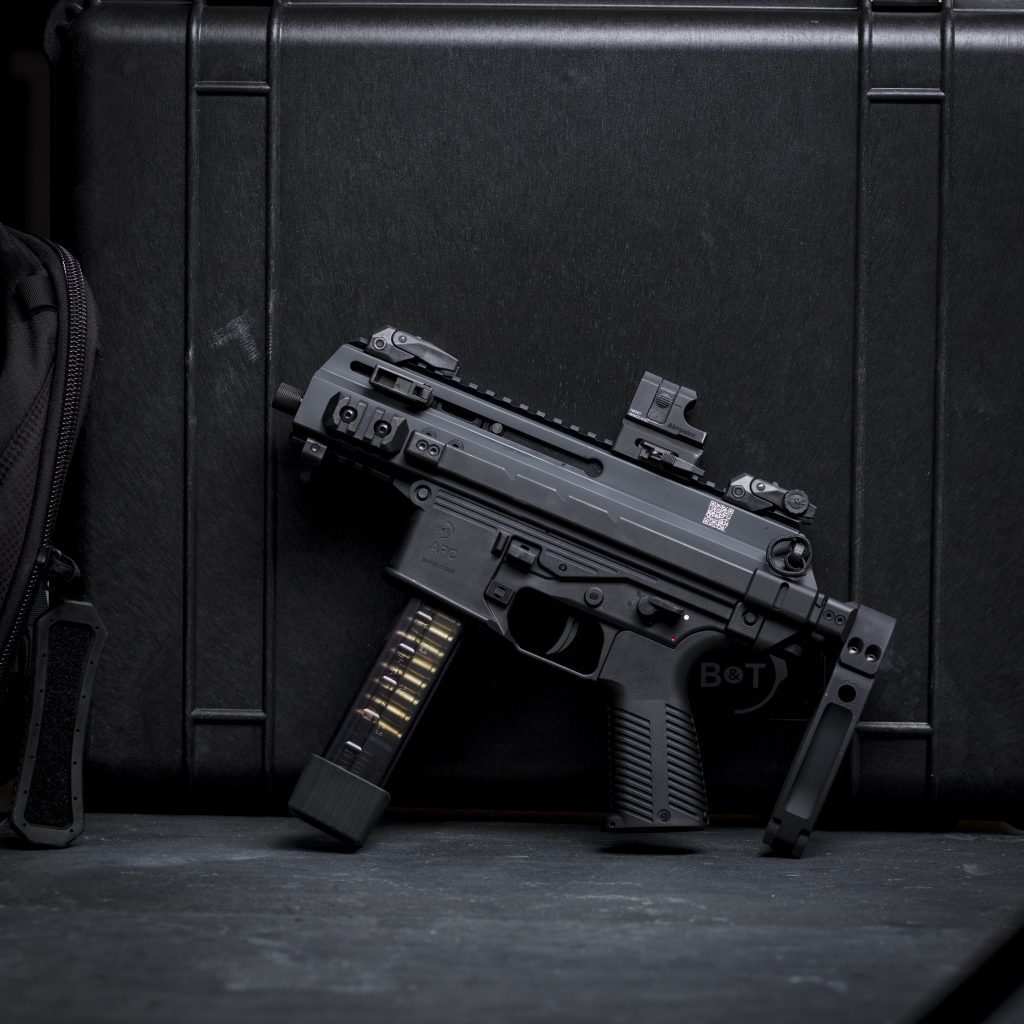