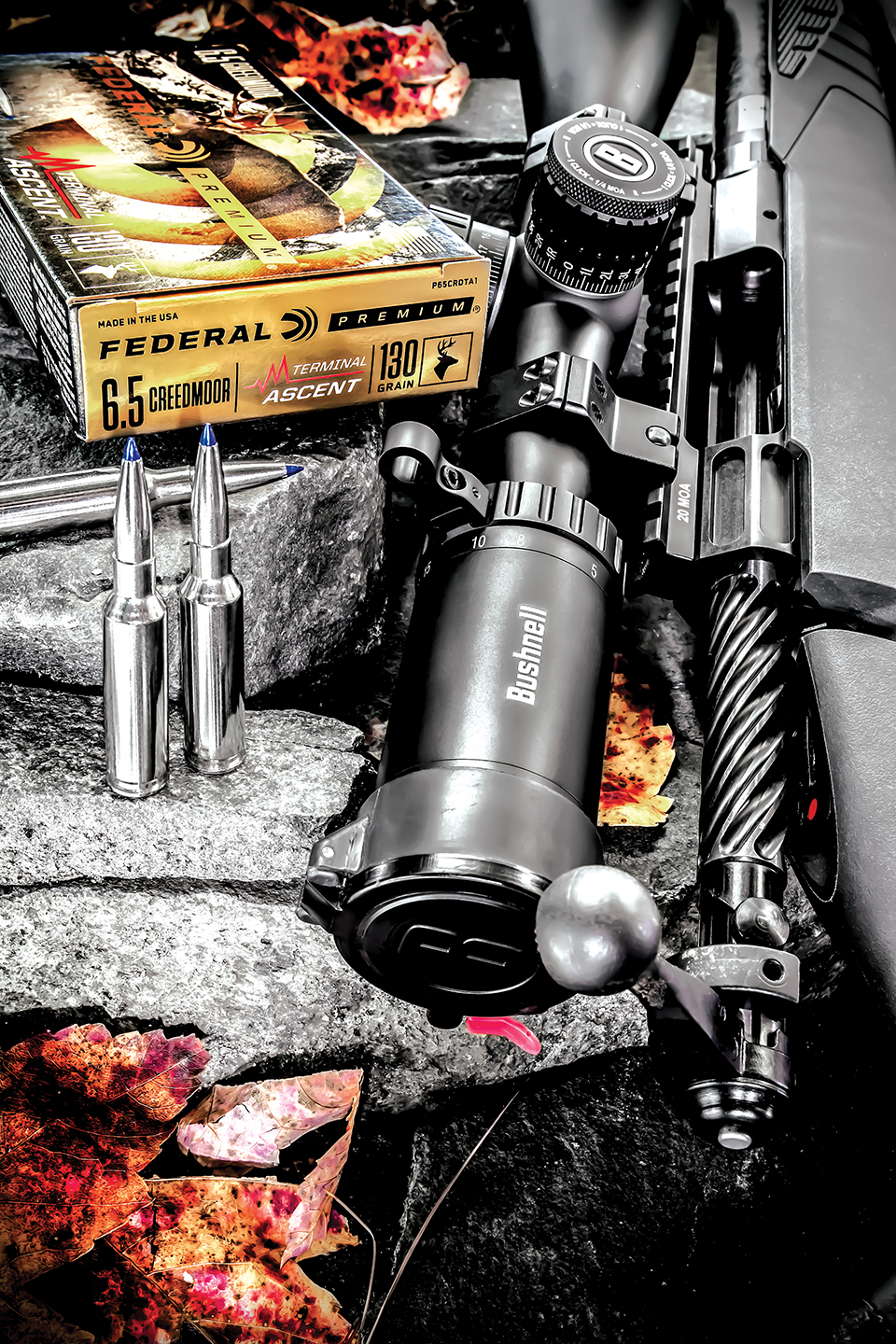 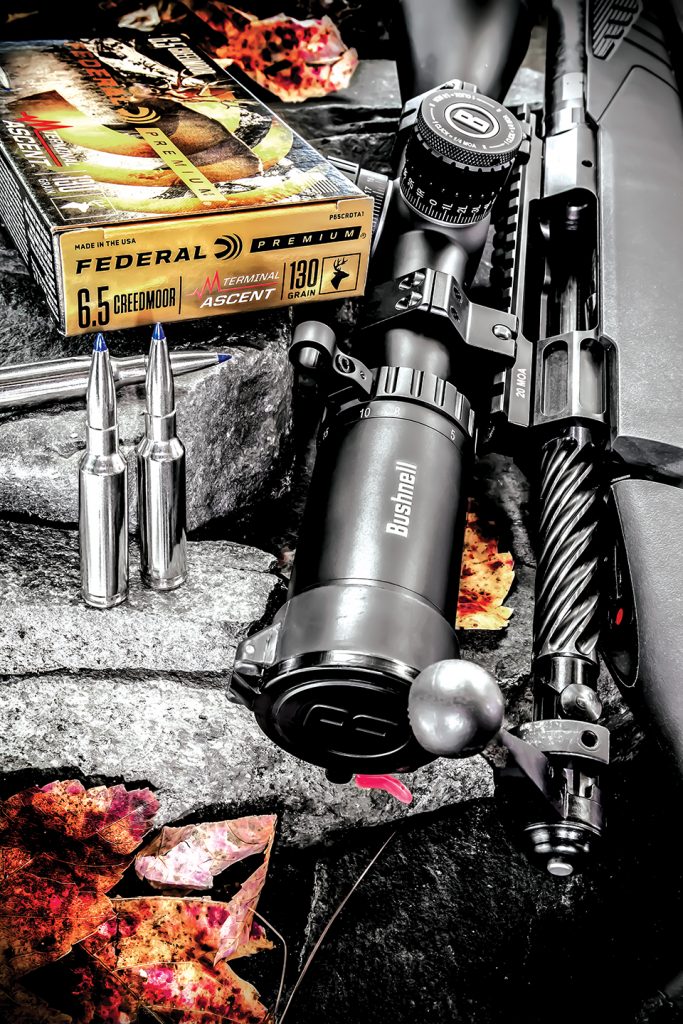 It was now or never.

Legal shooting light would expire in just minutes as I sat watching a mature, slick-six whitetail (with no brow tines) feeding slowly toward me 100 yards away. He was a perfect candidate to remove from the gene pool. I was on a mission to harvest a management buck and a cull buck while testing Federal’s new Terminal Ascent premium hunting ammo, hunting a 16,000-acre, low-fence ranch with Double T Outfitters in south Texas. Maddeningly, the buck would never turn broadside. He offered only a quartering-on angle, which has never been one of my favorites for deer-sized game.

“Oh well,” I thought, “I’m here to put this ammo to the test,” and touched off a shot from my customized Remington 700 chambered in 280 Ackley Improved, sending a 155-grain bullet into the buck’s vitals. He staggered at the impact, ran 30 yards and dropped.

Late the following day, the exact same scenario played out with a cull buck at 165 yards, and ended with identical results. In both cases, the bullet entered slightly behind the shoulder, penetrated more than 20 inches and exited just in front of the offside hip. For sure, there was no issue with penetration or terminal effectiveness with this bullet, and that’s by design.

The design starts with a corrosion-resistant, nickel-plated case using clean-burning propellant and a sealed primer. The bullet has a solid shank with a thick, solid-copper base which supports a lead core that is bonded to the copper jacket. The solid shank and bonded core help the bullet achieve deep penetration with good weight retention compared to traditional cup-and-core bullets.

Reliable expansion is further ensured by the use of exterior jacket skiving and serrations that allow petals to peel back on contact, even with bullets running at modest velocities, such as a 200-grain 30-caliber bullet traveling at 1,400 fps at 1,200 yards downrange. Expansion is further aided by a hollow cavity in the bullet’s nose, which is tipped with a patent-pending Slipstream Tip. The tip is unique in that it has a hollow core with a small cavity running the length of the tip almost to its point. The point breaks free upon impact, allowing fluid to enter the hollow core, generating pressure and expansion. The Slipstream tip also has high resistance to heat generated by high-velocity bullets in flight.

Maximizing BC was a primary objective in developing Terminal Ascent bullets to meet the growing demand for sleek, elongated bullets that perform well at long range. To do so, Federal engineers focused on relatively heavy-for-caliber bullet weight choices and optimal boat-tail angles. Longer boat-tails can result in higher BCs, but they can also reduce stability. Federal experimented with boat-tail angles and extended them as far as possible without sacrificing stability, creating bullets such as the 155-grain 280 Ackley Improved load I tested, which has a .586 G1 BC. The 130-grain 6.5 Creedmoor bullet has a .532 G1 BC.

Federal engineers also experimented with the number and placement of grooves on the bullet shank, creating what Federal calls AccuChanel groove technology. Grooves improve accuracy while reducing fouling and barrel wear but, according to Federal engineers, they also result in about a five percent drop in BC per groove. The engineers found they could achieve the same benefits and accuracy with one or two strategically placed grooves versus the three grooves used in older bullet designs. They also used computational fluid dynamic modeling to alter the grooves to reduce drag. While most grooves have 90-degree walls, AccuChannel grooves have a sloped rear wall that reduces pressure and drag on the bullet.

In testing at the range, the 155-grain 280 Ackley Improved load proved to be quite accurate. The very first group fired from the new 24-inch Benchmark barrel of my customized rifle measured 0.70 inch. Subsequent groups, shot in more windy conditions, averaged 0.75 inches, but included one group with three bullets nestled into a single ragged hole. There are few challenges in hunting that can’t be handled by ammo with this level of downrange precision – and few animals in North America that can’t be taken with a 280 Ackley Improved and Terminal Ascent ammo.

Velocity for that load was clocked at 2,887 fps, which is only 43 fps slower than the factory-stated velocity for that round of 2,930 fps. Mind you, that’s out a new barrel that hasn’t been fully broken in yet, so I would expect a slight velocity gain over time.