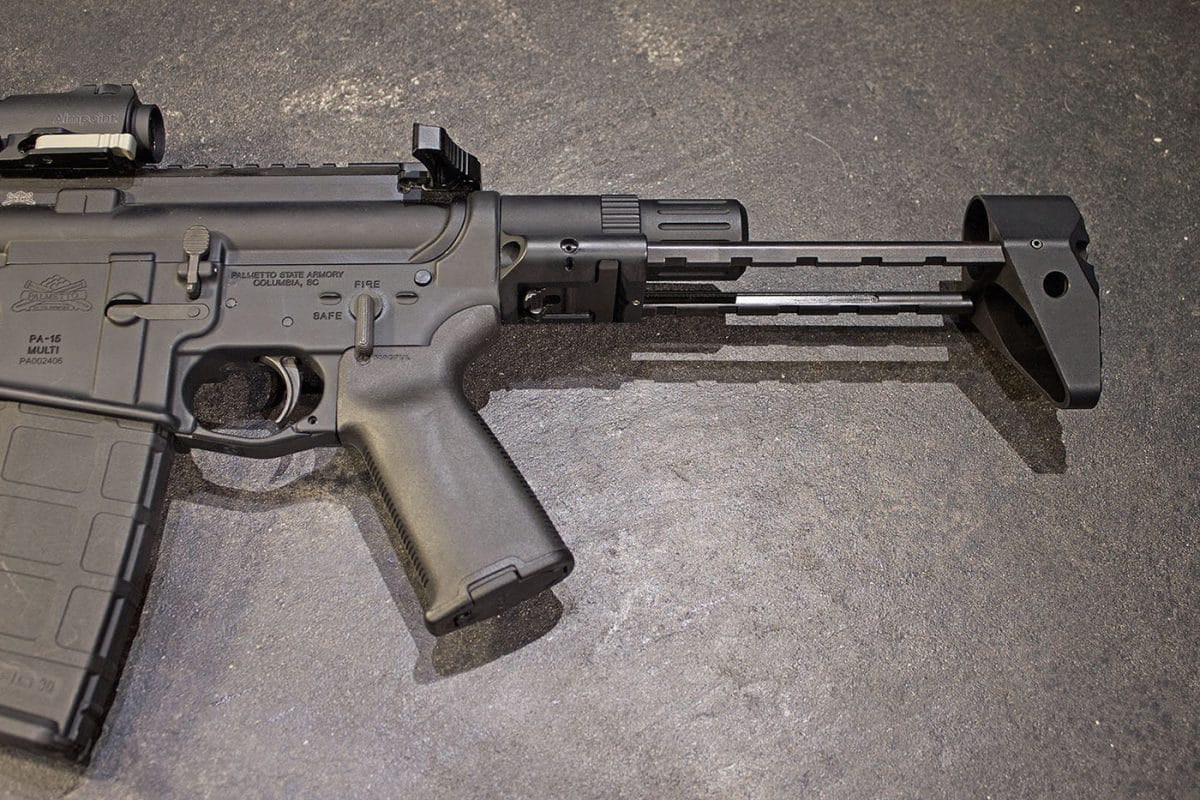 The compact Advanced Armament Corporation Honey Badger Personal Defense Weapon (or PDW) has been the talk of operators, enthusiasts and internet trolls since pictures first surfaced. The race to build a civilian model has lead to some of the most interesting stock options we’ve seen yet, with Troy’s Industry’s M7A1 PDW Stock, in our opinion, leading the pack.

Troy’s M7A1 stock system includes a shortened buffer tube, six-position telescoping stock with an aluminum butt plate and fixture—and the key ingredient to making this truncated arrangement work—a shortened and proprietary bolt carrier system. Attached to a direct-impingement rifle, this stock system is capable of operating with many standard-sized AR-15 chamberings, such as .300 BLK, .223 Rem., 6.5 Grendel and many more, but not the super-heavy-hitters like the .458 SOCOM or .50 Beowulf. 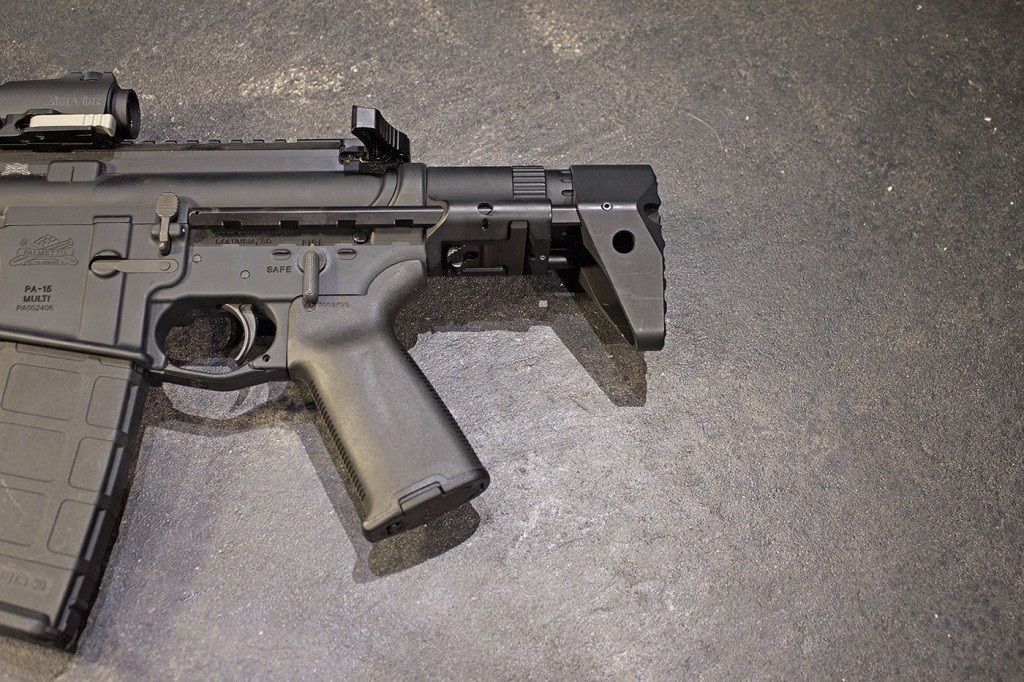 In order to reduce the overall length by three-inches—as compared to a standard collapsible stock when fully collapsed—Troy engineered its own one-piece buffer and bolt carrier assembly. Traditionally two separate pieces, the bolt carrier and buffer are combined into a hybrid, single, shorter unit capable of operating within the shorter length of the included buffer tube. Depressing the large release-latch mounted underneath the aluminum stock fixture allows the operator to easily telescope the stock in and out for proper L.O.P. adjustment.

To put the M7A1 to the test, we took our new super-short rifle to a class with Sentinel Concepts and gave it a thorough workout. After putting the first 100 rounds downrange I was more than pleased. The recoil felt a bit heavier than with the B5 stock with a Spikes T2 buffer previously attached, but certainly not by an objectionable amount. Due to the stock’s super-low profile, and consequently, lower cheek-weld height, we were able to remove the riser from our Aimpoint T2 optic altogether. This effectively reduces mechanical holdover at close ranges, allowing it to be more effective in CQB scenarios.

After almost 1,200 rounds over two days we came to the conclusion that this stock makes for a handy, compact and reliable system for the AR-15 platform—having clear applications in both home defense and law enforcement settings. Build-quality and ease-of-use are both outstanding. At $499, you certainly have pay a price for it, but looking at it as a package, we feel it’s money well spent. See the Troy M7A1 PDW Stock at your local retailer, or contact Troy Industries; Tel.: (866) 788-6412; Web: www.troyind.com