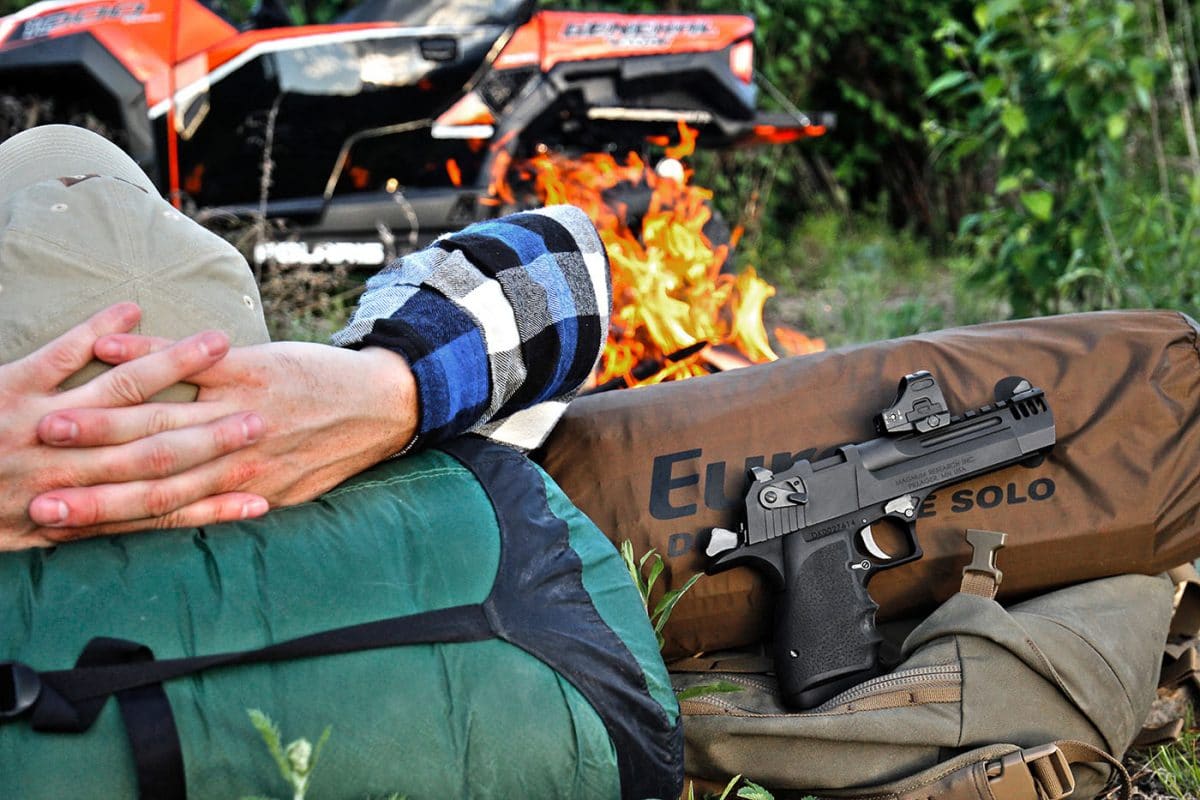 10 rounds of .357 Magnum firepower in a new, lightweight chassis 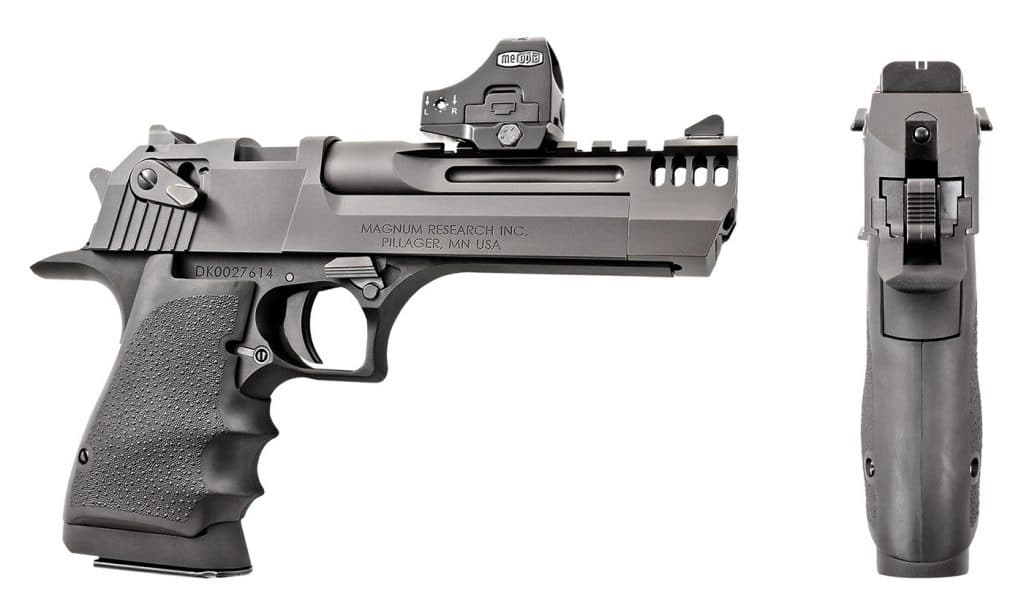 As the war rages on between gun rights proponents and the nanny states, Americans find themselves losing more and more of the equipment they enjoy through poorly written legislation. The worst of these states actually have a weight limit for what they consider a handgun as opposed to an AOW (Any Other Weapon).

Giving these traitors the benefit of the doubt, one might argue that this was done to eliminate guns like the UZI and Tec-9, even though these guns are almost always found in a civilian semi-auto-only configuration. Sadly, laws like this also swallow up guns that function no differently than a standard handgun and are only guilty of the crime of being heavy. This, of course, puts the Magnum Research Desert Eagle pistols at the forefront of the insanity.

All that changed at the 2016 Shot Show when Magnum Research introduced their new Desert Eagle L5 ($1,790). Weighing in at under 50 ounces, it was scaled down to a very carefully chosen weight to thumb a big .357 Magnum nose at those who did all they could to keep Desert Eagles out of the hands of law abiding gun owners. Unfortunately for the gun grabbers they forgot two things: 1. We have the brainpower, will and passion to preserve the Second Amendment; and, 2. We have the glorious machines to work around any half-witted idea they come up with.

The Desert Eagle L5 tips the scales at 41 ounces—more than 20 ounces lighter than its predecessors. This weight reduction was achieved by shortening the barrel to 5.0-inch and adding cutouts anywhere and everywhere they could on both the slide and barrel. While all this certainly helped “tip the scale” to sneak under the weight limit, the biggest contributor to the new L5’s weight loss program is its anodized aluminum frame.

The L5 also has improved ergonomics compared to its older, heavier siblings. The grip frame has been redesigned to be smaller and comes equipped with rubber, finger-grove grips. This came to be one of my favorite features as slinging large cartridges downrange tends to get uncomfortable quick. This lefty also appreciated the ambidextrous thumb safety.

The new pistol is still single-action-only so the safety allows you to carry it cocked and locked. I only wish the slide stop also kept the south paw in mind, as it takes considerable force to unlatch this beast, and my trigger finger just wasn’t up to the challenge. The new kid on the block shares the same gas operated, rotating bolt design that made this gun famous. That being said, it may be picky as to what you feed it. All rounds listed below cycled the gun with little to no malfunctioning. Magazine condition and proper grip are also paramount to making this gun function properly. Once the magazine got some rounds run through it, the gun ran like a top.

Range day was a lot of fun as a crowd formed around the sound of this beast hurling round after round of .357 Magnum downrange. The commotion was no doubt generated by the integral 4-port, 2-cavity muzzle brake, which basically turns recoil into noise. It proved to very effectively tame the beast down to roughly 9mm perceived recoil . . . but be sure to wear ear protection! Double tapping our 18” x 30” IPSC steel target, courtesy of Shootsteel.com ($207. www.shootsteel.com) was effortless, accurate and repeatable. This is due in large part to the trigger, which broke at 5 lbs. 12 oz. as confirmed with our Lyman Digital Trigger Gauge ($74.99, www.lymanproducts.com).