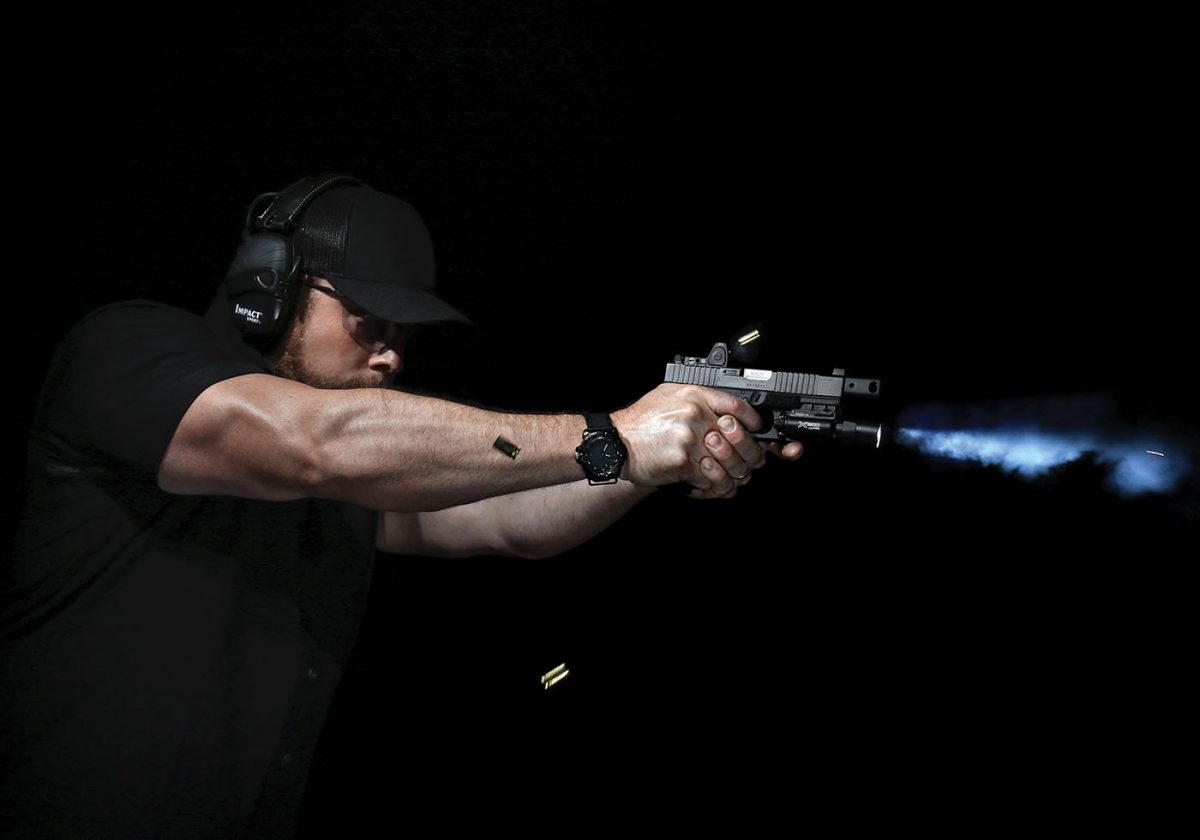 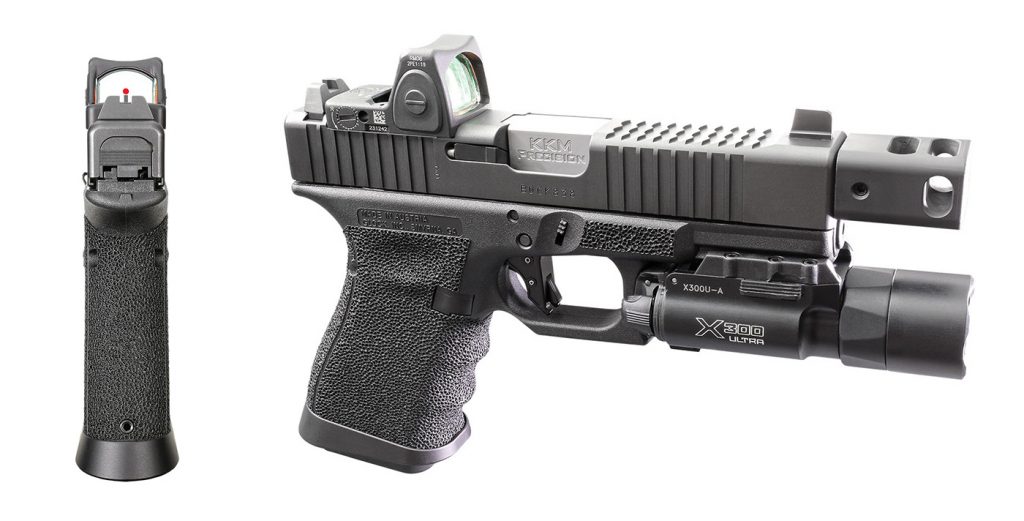 “I don’t like Glocks, but I like that one!” So said my friendly FFL dealer upon seeing the ATEi Roland Special Glock 19 upon its arrival. And he is right. Your stock Glock is not usually thought of as a thing of beauty, but even your typical Glock-hater will have a tough time not admiring the Roland Special G19. Anyone who has heard of ATEi knows they are right up there with some of the best customizers and builders of uber-high quality pistols on the market. And the Roland Special is the flagship. Named after SOF veteran and trainer, Roland Deschain, virtually every inch of this G19 is customized in some fashion. This is a pistol worthy of John Wick on one of his vengeful rampages against criminal Russian oligarchs and their hapless henchman. A close look at the many features that make the Roland truly special is in order.

The ATEi Roland Special Glock 19 starts with a customer supplied G19 Gen 3 or 4. ATEi then takes the pistol and transforms it top to bottom as a package only. The slide is provided with fish scale type serrations on the top, with vertical half cut serrations on the front which match those on the rear, significantly enhancing overall grip-ability. The slide is further milled for an ATEi provided Trijicon RM06 3.25 MOA RMR, as well as Ameriglo suppressor height sights. The whole slide is refinished in black nitride. Rounding out the slide group is a KKM barrel, with a four-port compensator, which not only looks very distinctive, but cuts down significantly on perceived recoil and muzzle rise.

The frame is given a complete stipple job as well as a slight grip reduction, while the frame behind the trigger guard is machined out to allow a higher grip. A TangoDown Vickers magazine release and slide release, paired with a Raven Freya mag well, make magazine changes fast and reliable. The guts of the Roland Special include a flat-faced Overwatch DAT2 trigger, and a factory minus connector. More on this later. The final addition is a Surefire X300 Ultra, 600-lumen weapon light, which attaches snugly to the bottom rail of the frame. The Surefire is arguably one of the best weapon lights on the market, providing a super bright, focused beam via its TIR lens and dual-switch activation. It is right at home on the Roland Special. The pistol came with one OEM 15 round magazine, and a Glock pistol case. I could not wait to get it to get the whole package to the range.

Initial handling of the Roland Special G19 confirmed the pistol handles as well as it looks. The whole thing fit like a glove in my rather small hands, with the stippling just aggressive enough to help maintain grip comfortably. The pistol pointed very naturally, and balanced great. As I already own a Glock with an RMR, I was not unfamiliar with how they perform on most pistols. But, as mine is a 9 MOA tritium/fiber optic dot, I quickly found I much preferred the 3.25 MOA adjustable LED version on the ATEi G19. For those who worry about RMR weight, durability and battery life, don’t. The RMR RM06 weighs all of 1.2 ounces, and has a battery life of two years or more, depending on setting.

The “Ruggedized” part of Ruggedized Miniature Reflex is not hype. As long as it stays screwed on, and you can see the dot, it will work through any abuse you typically heap on a sidearm. For those who are used to shooting conventional open sights, a pistol mounted red dot takes a little getting used to, but only a little. In reality, your common iron sights are always moving too. With the RMR, since you are looking at a bright dot and only aligning three points verses four (eye, rear sight, front sight, target), once you can get past and just trust the wobble, it is easy to get on target fast.