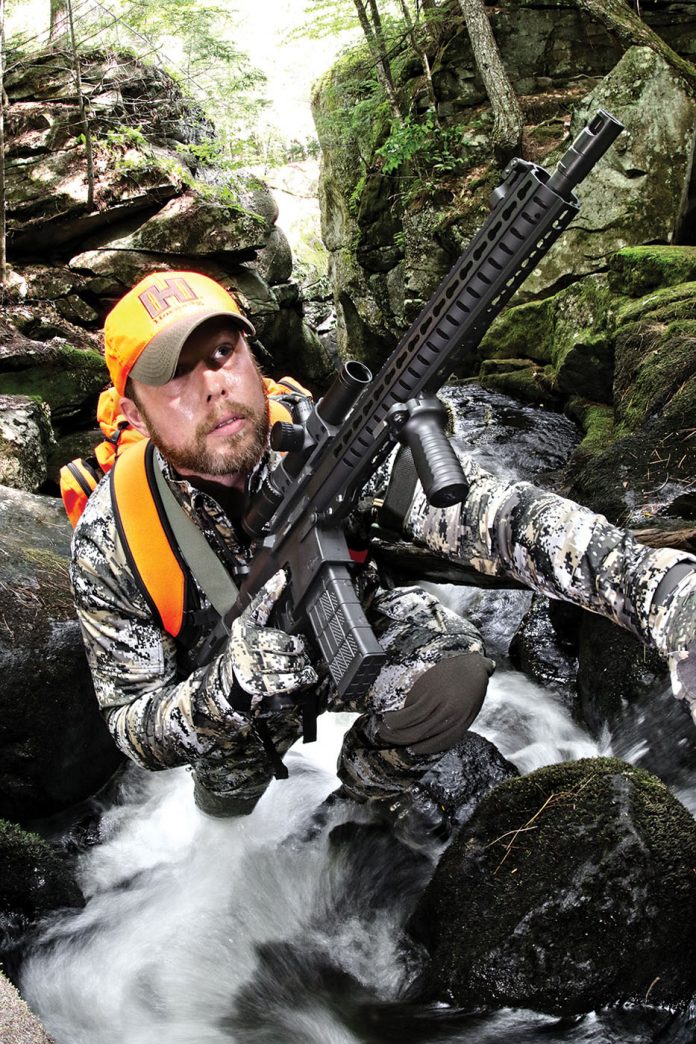 From hogs to engine block’s, this may be the most-effective platform yet for launching the devestating .458 SOCOM cartridge 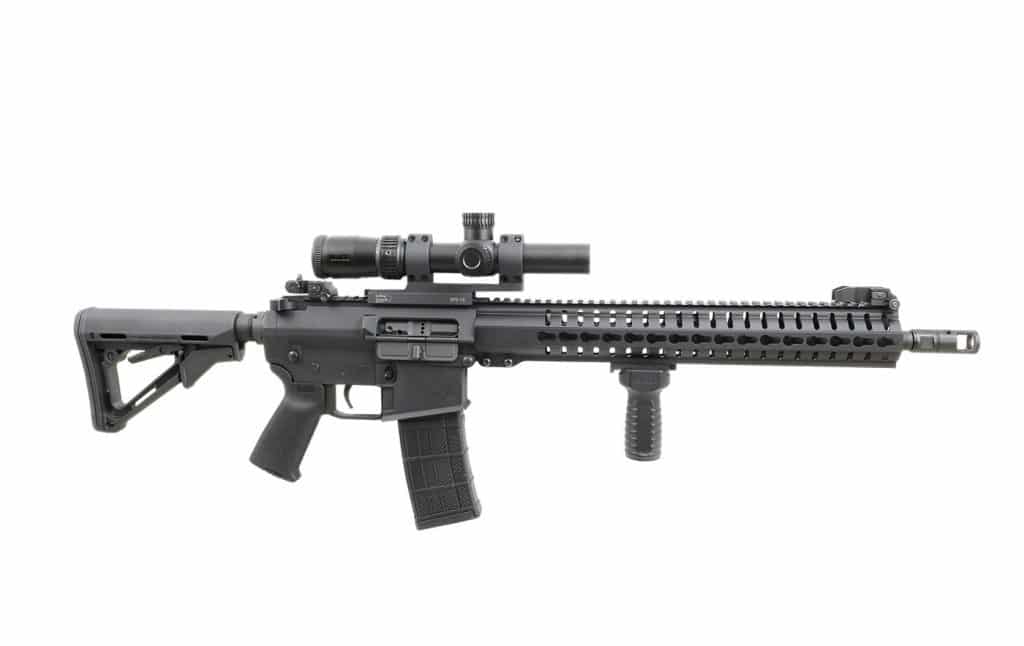 Hunting hogs with the lightweight, quick-handling, supremely accessorizable AR-15 platform is becoming common practice across the country. For a big boar hog you need a big hammer, because this game demands one-shot kills. Hogs fight a lot, and as a result they develop shoulder plates made of thick scar tissue to prevent an aggressor’s razor-sharp, spiral tusks—which can grow up to 18 inches in circumference—from penetrating their vitals. These shoulder plates can become so thick that they act like body armor, stopping small caliber bullets in their tracks. That’s why so many hog hunters have turned to the “Big Three” chamberings for the AR-15: the .450 Bushmaster, the .50 Beowulf and the .458 SOCOM to get the job done without the need for an eye or ear shot.

The most popular bullet weight for hunting hogs with the .458 SOCOM is appears to be 300 grains, although factory ammunition is available loaded with bullets weighing from 140 to 500 grains. Most factory 300-grain loads generate 1,900 foot second average velocities out of a 16-inch barrel, producing around 2,400 ft. lbs. of muzzle energy. There is a good selection of factory ammo available, loaded with a wide variety of bullet types, from Cor-Bon, Lehigh Defense, Southern Ballistic Research (SBR), Underwood, Polycase, Black Butterfly and Ventura Munitions, with SBR having the widest selection.

Of course, the .458 SOCOM offers plenty of utility beyond hogs. I would not hesitate to deploy it against any North American game animal—save the bison and the big bears—at appropriate ranges, and it would be quite effective at trashing a car load of ISIS bastards pulling into your driveway.

The .458 SOCOM (a/k/a 11.5x40mm RB) cartridge was developed by Teppo Jutsu as a result of an informal conversation with a senior member of the U .S. Special Operations Command (SOCOM) following the Task Force Ranger debacle in Mogadishu, Somalia, as described in the book Blackhawk Down.

A significant number of TF Ranger shooters complained that their 5.56 NATO chambered M4/M16-based weapon systems were ineffective against Somali fighters all hopped up on khat leaves (like chewable marijuana, except stronger). They complained that multiple center-of-mass hits were frequently required to put a target down for the count. The discussion noted above focused on the possibility of developing a new cartridge capable of providing superior stopping power for M4/M-16 based weapon systems. So if you have a need for a “big hammer” AR-15, a .458 SOCOM is just the ticket. We even have a rifle we can readily recommend.