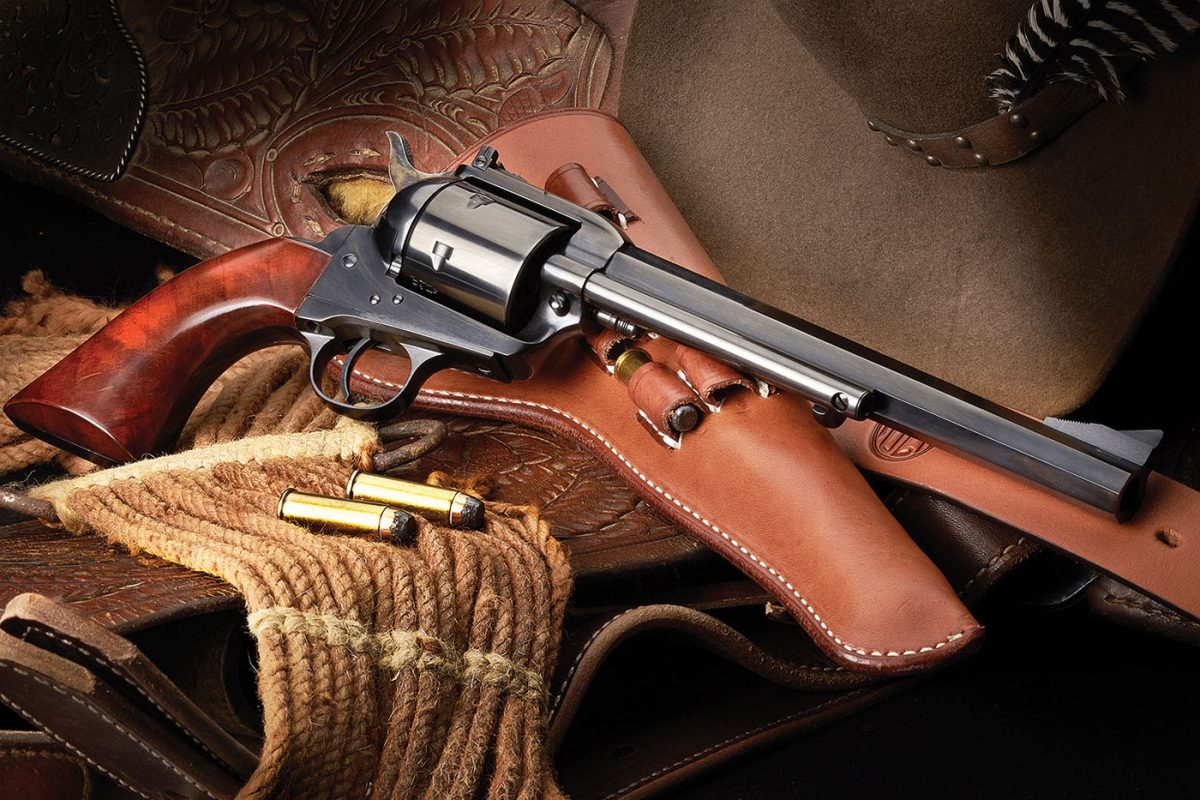 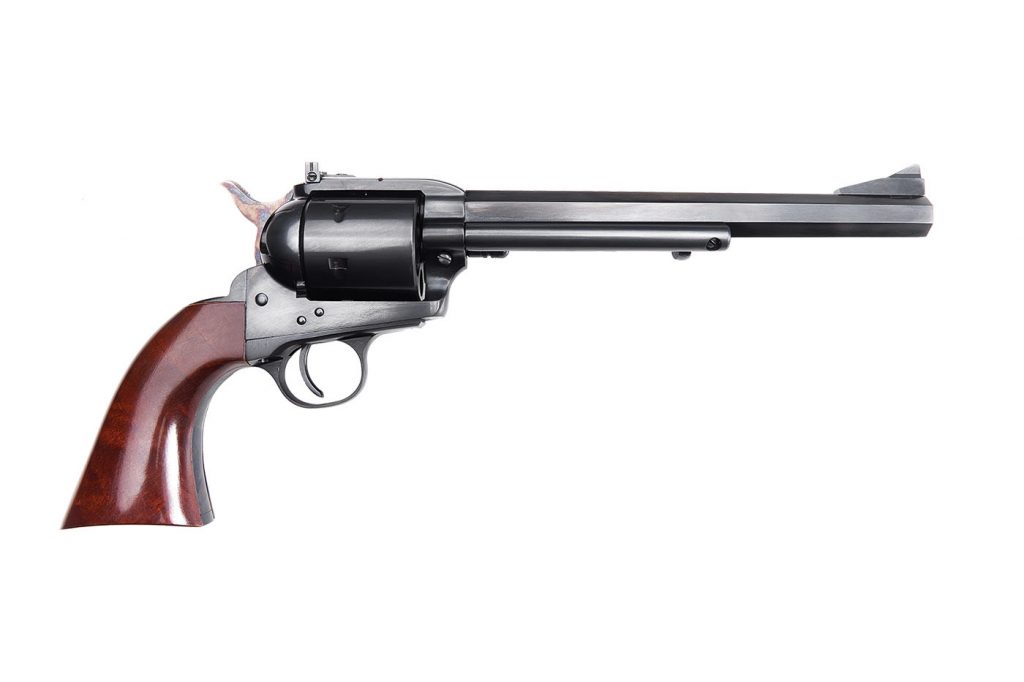 If you’ve seen one Colt Single-Action Army clone, you’ve seen them all, right? That was more or less my thinking until I got my first look at the new Cimarron Bad Boy. While the name alone is somewhat suggestive of a tough hombre, it was the appearance of this single-action revolver that made me do a double take. It looked very much like an 1860 Army revolver, alright—but on steroids.

Make no mistake about it: the Bad Boy is one big hunk of powder-burnin’ handgun, but that bulk is necessary because the revolver is chambered for the .44 Rem. Mag. cartridge, and Old West SAAs were never chambered for such a potent, high-pressure round. Then there’s the matter of the gun’s beefy eight-inch octagonal barrel. My first thought, upon seeing it, was that Wyatt Earp might well have favored the Bad Boy to “buffalo” bad guys, or subdue them with a crack to the noggin’, when he wasn’t shooting them.

The gun was actually designed by Cimarron Firearms’ president, Mike Harvey, and is built by the Italian firm of Uberti, which is very well known for building quality replica guns of the Old West. Uberti, in turn, is part of the Benelli family, which also needs no introduction.

Attention to detail and quality is evident upon even a cursory examination of the Bad Boy. The gun is really an updated take on a classic design with more power and accuracy. Old West elements include the so-called Pre-War frame, “Army” walnut grips, non-fluted cylinder and octagonal barrel. In another nod to the past, the gun retains a case-hardened hammer, while the chambering and polished blued steel finish add versatility, good looks and corrosion protection. The bluing, deep and lustrous, is particularly well done and I could find no faults with the fit and finish.

The Bad Boy has something else that most Old West guns didn’t have: adjustable sights. The rear sight has a rectangular notch and is adjustable for windage and elevation. The front sight has a large blade situated within a serrated ramp to reduce glare. There’s just the right amount of daylight around the front blade, when aligned with the rear sight, to allow for precise aiming. Paired with a long sight radius, the sights promised fine accuracy, and I quickly discovered that the gun delivers on that score.

One thing traditionalists will love is the absence of a transfer bar system. While this is true to the original design of Old West single-action revolvers, it mandates that you must carry the gun with only five rounds in the cylinder and the firing pin resting on an empty chamber. Otherwise, there’s a real risk that the gun could discharge if it’s dropped or the hammer is struck accidentally. Carrying only five rounds doesn’t bother me in the least, under most circumstances in which I would most likely put this gun to use, but if you’re accustomed to relying on single-action revolvers with the transfer bar system blocking the hammer, you’ll need to employ and practice the proper loading technique for the Bad Boy.