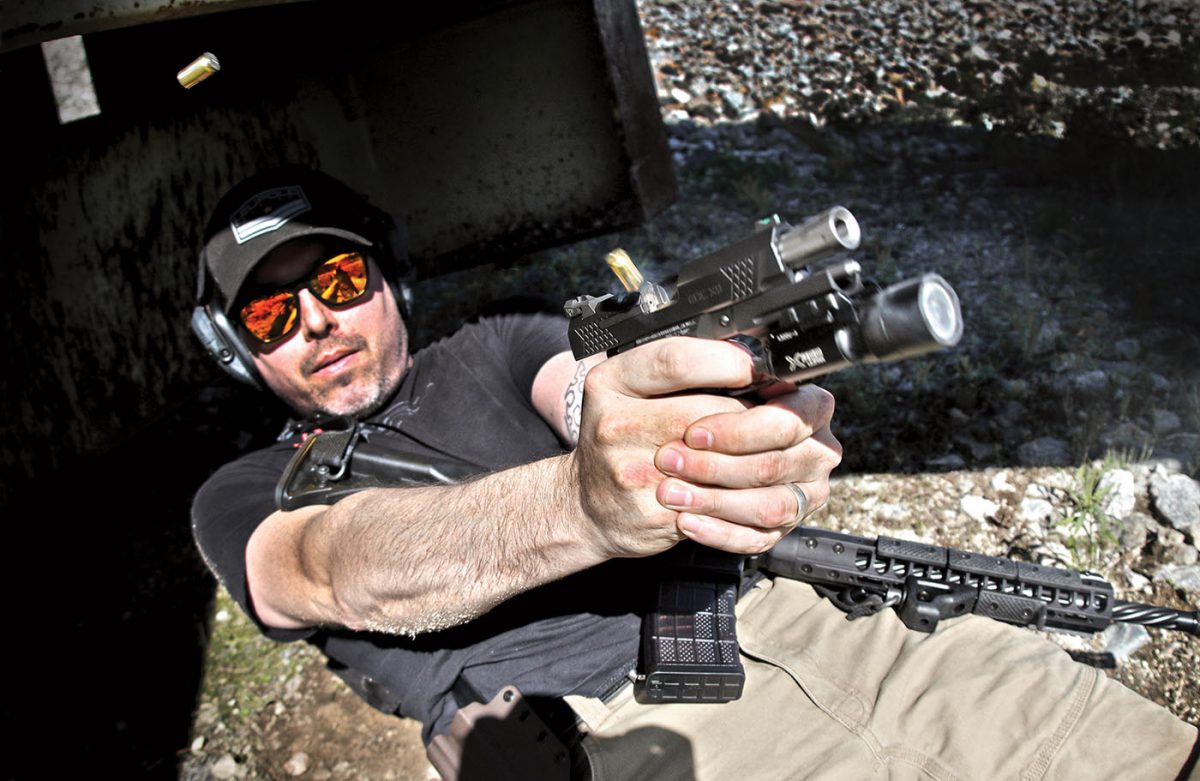 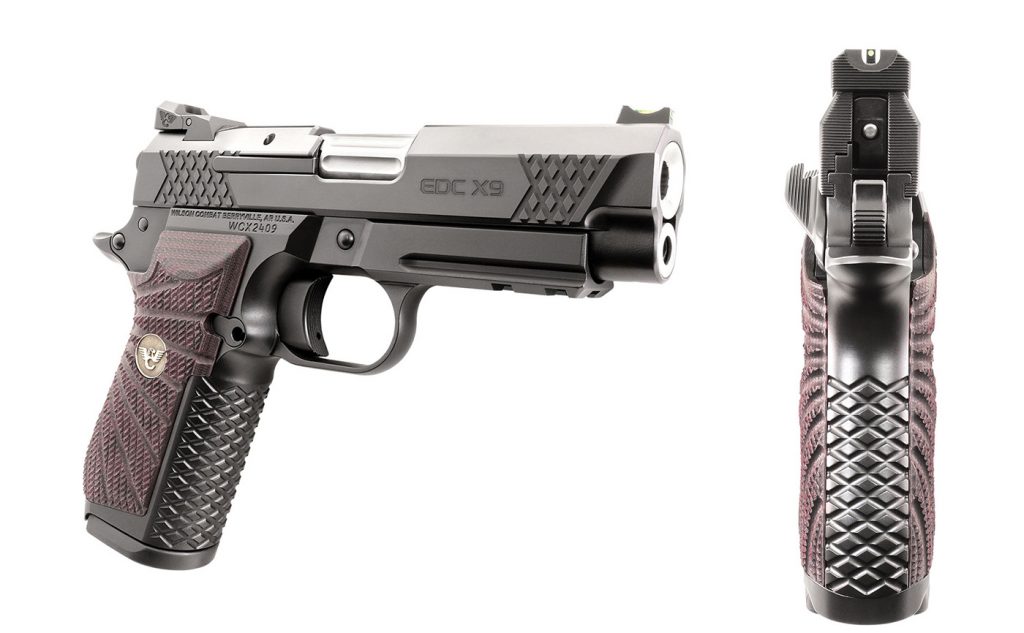 Picture the 1911 pistol in one of its most classic formats, the shortened-barrel, lightweight configuration defined by the Colt Commander in 1950. Picture it with a grip-frame that feels more like a Beretta 92 Compact, housing a 15-round 9mm magazine much like that of the Walther PPQ, and G10 stocks from VZ in the grippy, distinctive pattern Wilson calls “starburst.” Visualize a slide cross-hatched with high traction grasping grooves, and a fluted and deeply crowned barrel. That, my friends, is the EDC (Every-Day Carry) X9 pistol from Wilson Combat.

Ask seasoned 1911 fans why they cleave to this ancient design and the most common answer you’ll get is, “The trigger.” Short and crisp, with rapid re-set, a 1911’s trigger lends itself to good shooting which is why it has so long dominated high level competition from traditional bulls-eye to USPSA action shooting. Bill Wilson is famous for the quality of his triggers, and the EDC X9 lives up to the expectation. There’s a very short, light take-up followed by a very short “roll,” and then a crisp, clean “break” of the shot. Pull weight? On my Lyman digital scale, On Target’s test sample, serial number WCX2409, averaged 4.39 pounds.

I’m comfortable with that on a street 1911, where what the courts call “the common custom and practice” of 1911 trigger adjustment for a duty gun as opposed to a dedicated target pistol seems to have stabilized at about 4.0 pounds minimum. The pull on the EDC X9 is very consistent, not only shot to shot but gun to gun; the one I tested for American Handgunner averaged 4.4 pounds.

Bill Wilson likes the Series 70 style triggers, and to make it drop safe, he fits the EDC with a lightweight firing pin and a Wolff XXP firing pin spring. He finds this combination lights off the toughest primers and still passes a 48” drop test. This is important in a carry gun which may get dropped in the course of a fight, or when responding police officers who don’t know you see you holding a felon at gunpoint, and your choice is to drop the gun right now or get shot.