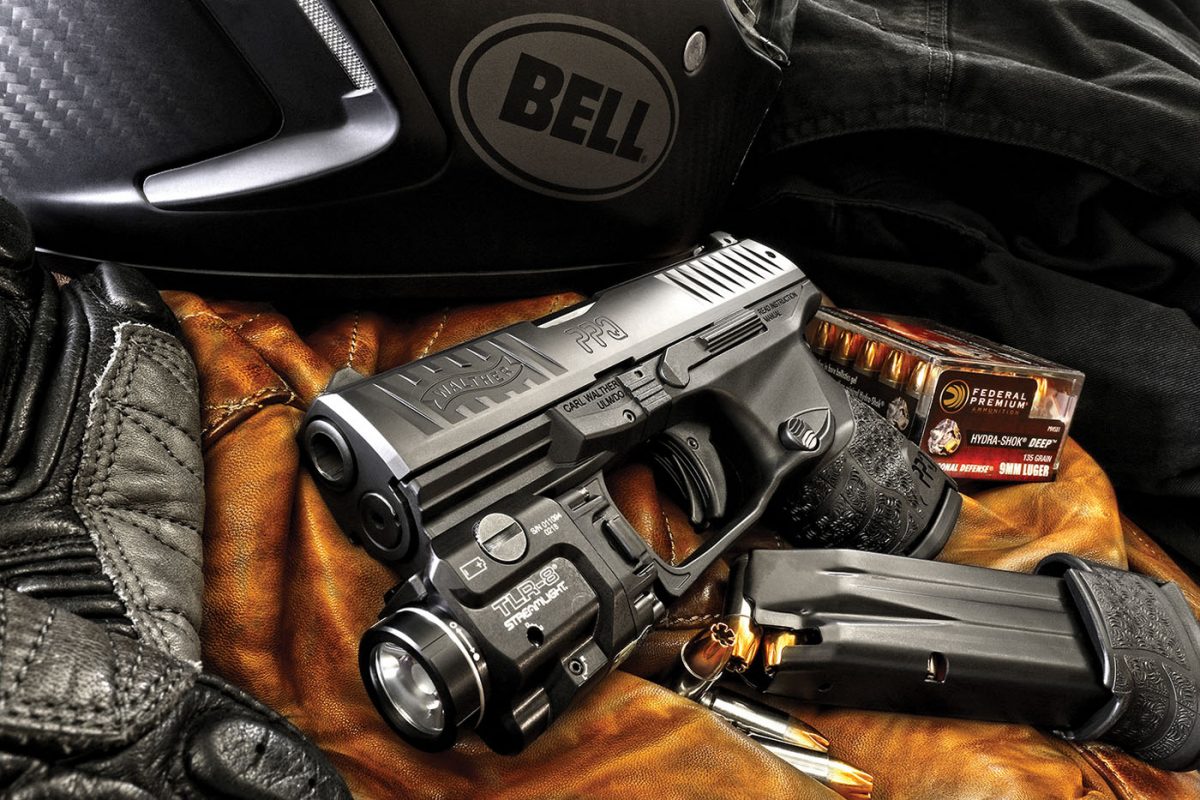 An 11- to 16-round capacity concealment 9mm…reliable…and puts five JHPs into one inch at 25 yards! Read more if interested. 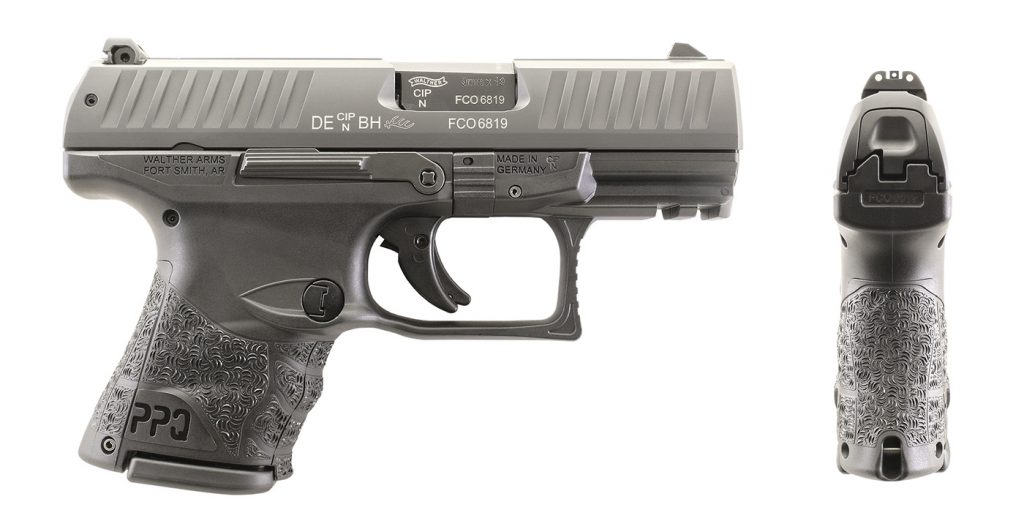 “Small pistol” translates in German to “kleine pistol,” which I’m told is properly pronounced “klyna pistoleh.” That kinda rhymes with “fine-a pistola” if you’re faking an Italian accent. And that’s not all the ethnic teasing you’ll get if you read on.

Walther seems to be neck and neck with Heckler and Koch as leading producer of German pistols for the American market, given that most of the SIGs you see in an American gun shop are made in On Target’s “Live Free or Die” home state of New Hampshire, and Glocks that aren’t manufactured in Smyrna, Georgia come from Austria, not Germany, dammit.

In the striker-fired pistol market, Walther’s PPQ has amassed a small but loyal and growing fan base. The ergonomics for the most part are very good (we’ll have to talk about magazine releases, though), and the light, crisp trigger pull has endeared the PPQ to many shooters. Now comes a subcompact version geared expressly for concealed carry, with a short ten-round magazine that minimizes height for concealment purposes (and is suitable for magazine-limit states) and also with a longer, fifteen-round mag with sleeve for a full-length grasp in the shooter’s hand. Our test sample PPQ SC is chambered in 9mm Luger (9X19, 9mm NATO).

This smallest PPQ presents as a subcompact, double-stack 9mm a tiny bit longer front-to-back than the hugely popular Glock 26 against which it is apparently designed to compete. Features include slide grasping grooves fore and aft (but, please, don’t work it from the front and put your fingers that close to “the business end”), and with an accessory rail for light/laser attachment. Walther pioneered the concept of interchangeable grip inserts to adjust the pistol for hand fit and trigger reach something like a quarter century ago, and that feature lives on in this littlest PPQ. The gun comes with a rearward-extended ambidextrous slide stop/slide release lever. Stippling is minimal (as it has to be, given the short grip length) but proved very functional in the hands of our various testers.

Anyone who tells you all a concealed carry handgun needs in terms of accuracy is “six inches at six feet” hasn’t talked to as many people as I have who’ve had to fight for their life with a pistol at much longer distances.

Accordingly, current gun lore protocols notwithstanding, I still test all handguns at 75 feet, and compare them to the oft-quoted standard of “five shots in four inches at twenty-five yards as minimal acceptable accuracy for a service pistol.” Testing was done at that distance from a Caldwell Matrix rest on a concrete bench. Each group was measured center to center, farthest shots apart, to the nearest 0.05”. The three most popular bullet weights in 9mm were represented, in as many different brands of ammunition. Each group was measured twice, once for all five shots (to replicate what the shooter could expect in perfect conditions), and again for the best three hits. The latter measurement seems to factor out unnoticed human error and closely duplicate what the same gun/ammo combo would do from a machine rest, which is not as available to our readers for their own comparison as is bench rest testing.

Way back when, I found the full-size Walther PPQ didn’t much like 147-grain subsonic 9mm, which seems to be a US/Canadian “thing” when seen in worldwide perspective, and it shot tighter with the 124-grain and sometimes 115-grain loads predominant on the rest of the planet. This proved true with our test sample PPQ SC. Winchester 147-grain FMJ training loads, which I’ve seen win matches in other guns, did only 3.20” for all five, and 1.85” for best three. Now, that’s nothing to sneeze at from what most would consider a close-range “pocket pistol.” However…