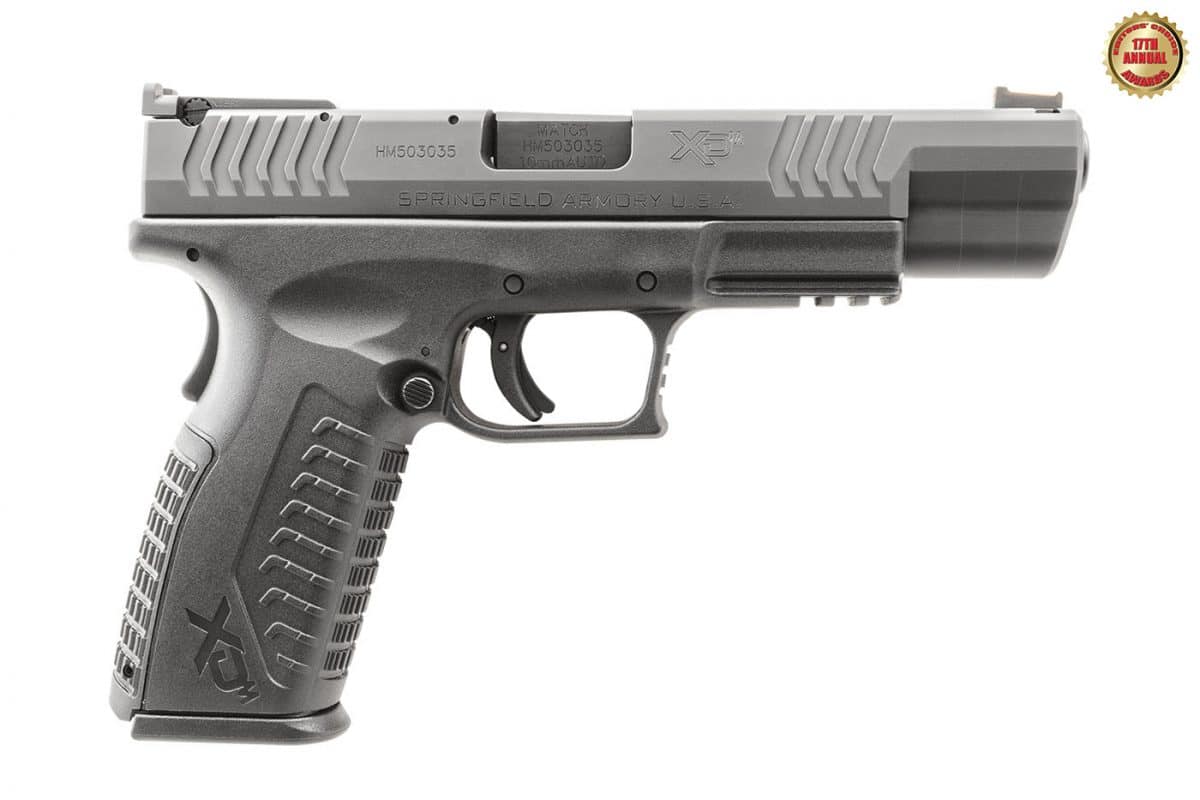 A new reason for 10mm fans to celebrate

Obsoleted in police work by the .40 S&W a quarter century or so ago, the 10mm Auto round has achieved new popularity as an outdoorsman’s pistol. Springfield Armory’s enhanced XD pistol, the XDM, has proven itself accurate, reliable, and ergonomic. The two are a natural fit in the new XDM-10.

With its 5.3-inch barreled, long-slide configuration, the XDM-10 affords a 7.5” sight radius, and the pistol comes with an adjustable rear sight and fiber optic front. The longer barrel enhances the velocity and power that are the 10mm cartridge’s real raison d’etre, and the adjustable sight allows the shooter to dial in point of aim/point of impact for the very broad power range which today’s array of available 10mm loads affords. A 15-round magazine and one in the chamber gives you 16 chances instead of a revolver’s six if you have to defend against a wild animal attack.

The XDM comes standard with one of the better “street triggers” in the field of striker-fired polymer frame semiautomatic pistols. The Glock-ish safety lever on the trigger face does not punish or pinch the trigger finger. A very short, light initial take-up is followed by a short space of lighter resistance and then a long, rolling “wall” before the break. In use, it is somewhat like a light, multi-stage, double-action pull over a short distance when fired slowly, followed by a fairly long re-set. With a bit of practice, it is easier to manage than it sounds. Re-set is fairly long, minimizing the chance of an unnecessary second shot being fired unintentionally under stress.

Testing was done from a Caldwell Matrix Rest on a concrete bench at 25 yards. Five shot groups were measured for an idea of what a stable position would offer for accuracy in calm conditions, and the best three measured again to factor out enough human error to roughly duplicate what a machine rest is likely to deliver for all five. Appreciating the 10mm’s power range, we tested with four loads.