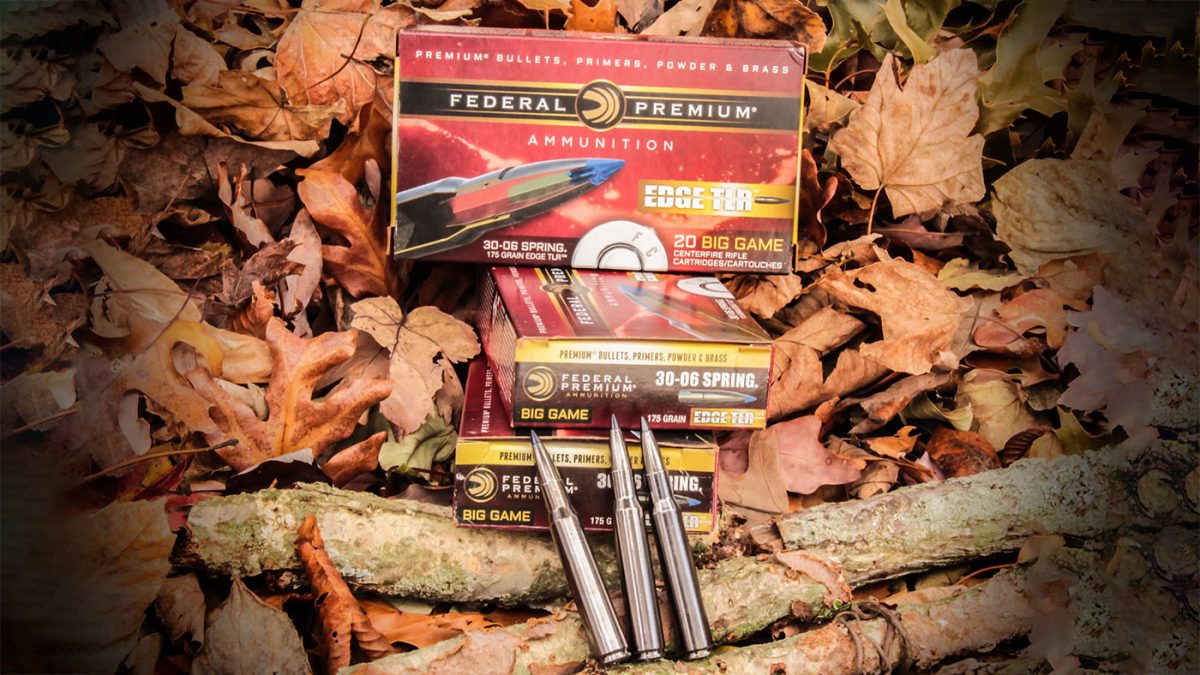 Long or Short it puts meat on the table

When new shooters ask me what to expect as their passion for the shooting sports starts to blossom, my favorite quote is simply, “As time goes on, you’ll seek longer rifle shots and faster pistol shots”. This, of course, brings us to long-range hunting. The gear to do so in the past decade has become nothing short of extraordinary. It is downright amazing how little one has to spend to have a rig capable of MOA accuracy out to 500 yards, or more.

On the same note, most of us are not interested in having to invest again for a close range “brush gun” to go alongside our long-range setup. Adjustable magnification optics and a lightweight firearm help us navigate around this special purpose; however, finding ammo that plays a good long game as well as a good short game becomes a challenge. Federal Ammunition realizes that, and this is the reason the Edge TLR line was developed. The Edge TLR was first introduced in 2017 with its four initial loadings: 175-grain .308 Win., 175-grain .30-06 Spring., 200-grain .300 Win. Mag. and 200-grain .300 Win. Short Mag. As one would assume from the introductory loads, as well as the newer TLR offerings—136-grain .270 Win., 136-grain .270 Win. Short Mag. and 155-grain 7mm Rem. Mag.—these are their long-range loads and they’ve been making quite an impact (pun intended). Federal’s Edge TLR (short for Terminal Long Range) is designed to be extremely lethal at any range, all the way out to 1,000 yards.

For our testing we requested the .30-06 Spring. 175 grain loading ($47.95; www.Federalpremium.com). We selected two average, hunting rifles for our testing as well. A Remington 770 (discontinued) with a Nikon Black x1000 6-24x scope (www.nikonsportoptics) and a Savage 111 (www.savagearms.com) with the new Bushnell Engage 4-12x optic (www.Bushnell.com). Both rifles were outfitted with a Kahntrol clamp-on muzzle brake (www.kahntrol.com) to keep recoil to a minimum. I am a big proponent of its use during long-range hunting, as it allows you to see your impact and see in which direction your game took its final steps. Both our setups come in at less than $1,000, with a major part of their total price being attributed to optics. The two test rifles also have a 1:10” twist rifled barrel that has classically performed well with bullets in the 168- to. 180-grain range.

Upon opening a box, I felt as if they were almost too pretty to send downrange. Both bullet and case are finished with a black nickel coating to help resist corrosion from the elements. The bullet is tipped with Federal’s new Slipstream polymer, designed to maximize ballistic coefficient and keep its shape through flight. While the round proved to be exceptionally accurate, the bullet is the star of the show. With a Doppler radar confirmed BC of .536, it is more than suited for the long haul, and it provides quite a punch when it gets there. Once it enters its target the aforementioned polymer tip breaks away and the bullet almost instantly expands. This bonded lead core bullet keeps its trajectory as it expands and dumps most of its energy within its first few inches of penetration.