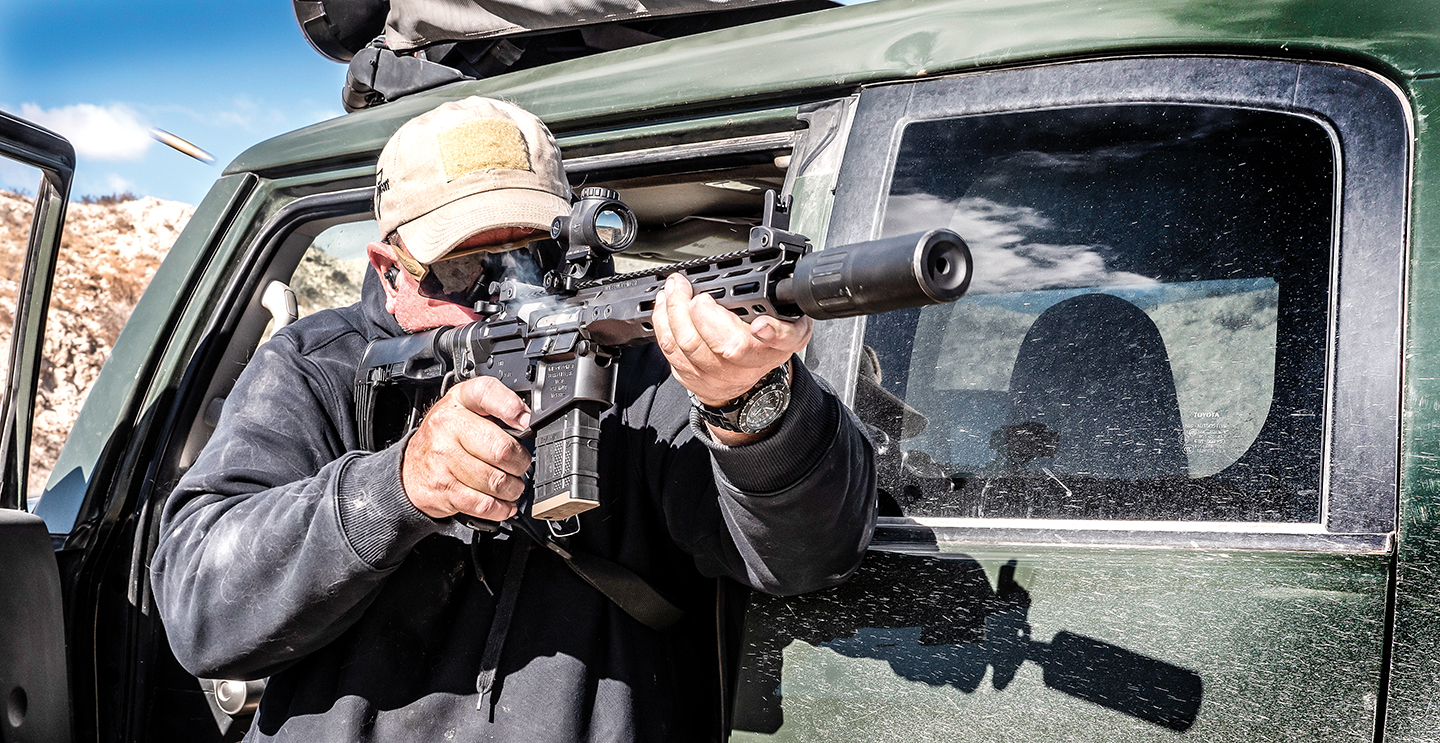 Does it get any better? 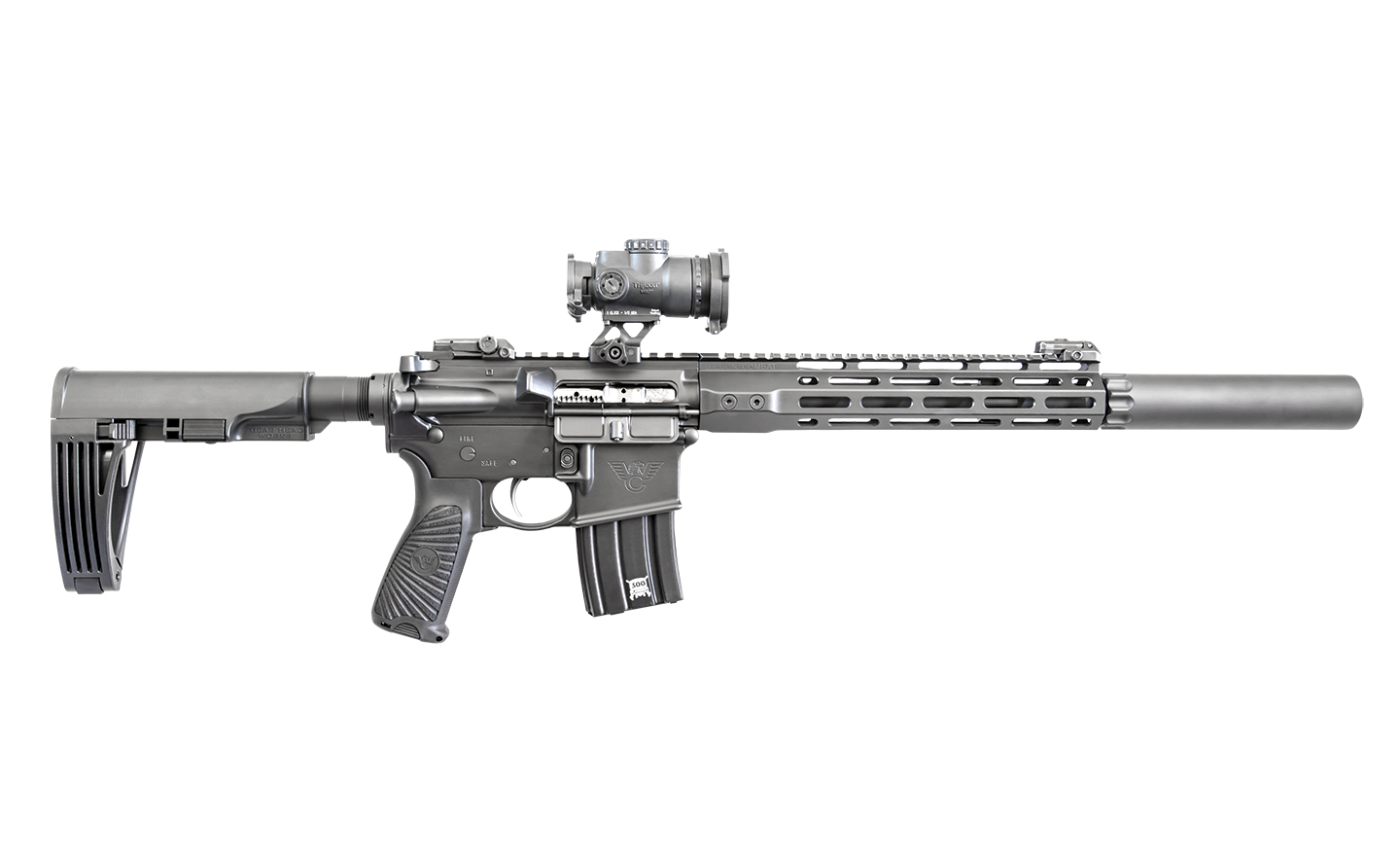 One of the issues argued with short-barreled .308 Win. (7.62x51mm) pistols or carbines is the lack of ballistic efficiency. Experts have been arguing this ever since the .223 (5.56mm) was adopted. Not sure I would want to be on the business end of either, but most .308 ammunition makes 30 caliber holes with no expansion from short barrels. 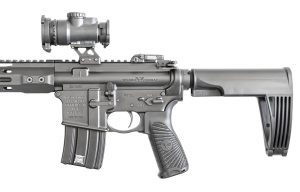 Most are loud with bone jarring blast, noticeable recoil and significant flash. Suppressors remain mostly unworkable with few even capable. A couple decades of innovation has mitigated some of the drawbacks; they work better, but blast, flame and recoil still remain issues. Yet, the desire for an accurate .30-caliber, effective to 300+ yards without the blast and recoil that can be suppressed remains, and one of the best solutions to date is the 300 HAM’R from Wilson Combat.

Using the AR-15 platform, Wilson Combat originally designed this caliber as the “perfect ranch rifle”—one rifle that can deal with predators, harvest game and protect livestock from as far away as 300 yards. Typical 5.56mm or 300 BLK does okay on unwanted predators out to 100 yards, farther for small varmints, but neither is suited to hunting big game, or legal in some cases. AR-10s are great, but heavy, expensive and less than ideal inside 100 yards. You need something in the middle, and Bill Wilson has, very effectively, met that need with the 300 HAM’R.

At 6 pounds including the brace, the 300 HAM’R is lightweight and handy. Adding a Trijicon MRO kept it that way, and the Suppressed Armament Systems K9S suppressor adds 5 inches and 12.6 ounces. There is very little back pressure and no effect on operation in this caliber, so no adjustable gas block was required. Using a Law Tactical folder added some weight, but it fit in normal bags, packs and is perfect for a truck gun. 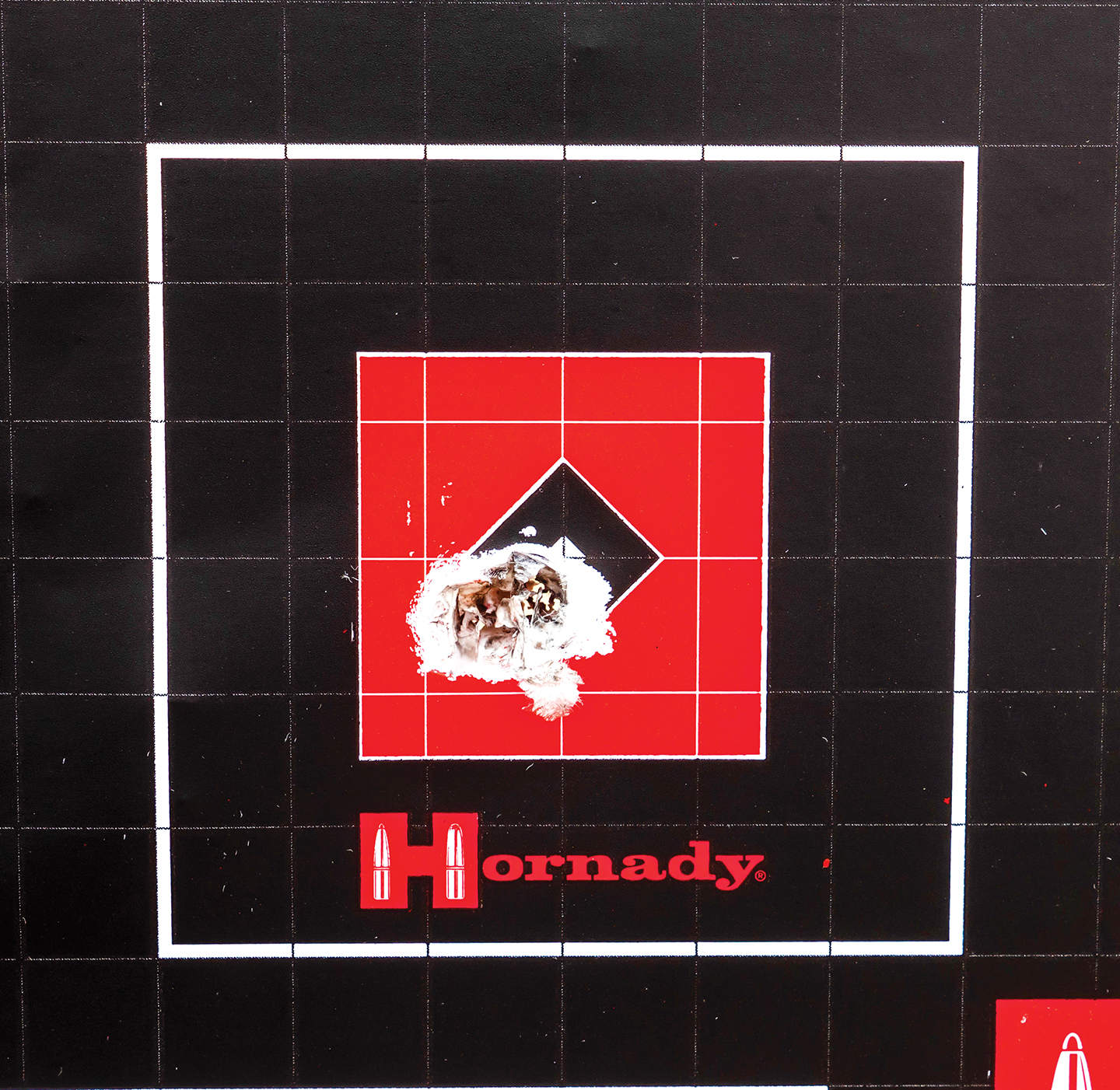 Accuracy at 50 yards is impressive, and not much different at 100 yards. The best group with the 110-gr. Controlled Chaos was right at 0.50 inch. Accuracy is just short of precision AR standards with most everything Wilson Combat makes. Groups with the 110-gr. Controlled Chaos at 300 yards were 2 inches even. Both the 125-gr. TNT and HP grouped under 3 inches. This and other 300 HAM’R loads tested have all held 1 MOA or less out to 400 yards with everything but the hard cast loads. All ammunition is precision-manufactured by Wilson Combat and is very reasonably priced. 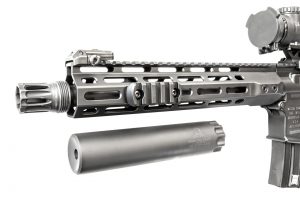 Blast using a flash hider is similar to a 300 BLK, but suppressed there is none. Velocity with the 110-gr. Controlled Chaos is 2,400 f.p.s. with superb expansion and about perfect penetration. Designed for personal protection, it performs as advertised. Using 125-gr. bullets or less you get near .308 Win. ballistics out to 300 yards without the drawbacks . . . not sure you could do better for a truck gun.

Wilson Combat provides a complete line of ammunition at prices comparable to similar calibers. They also provide extensive reloading information and all the components needed to roll your own. If you want a “battlefield pickup” cartridge this is probably not it, but 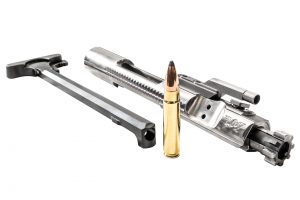 when it comes to effectiveness for bullet weight in a light, handy, impressively accurate and 100% reliable .30-caliber carbine, it just does not get any better. 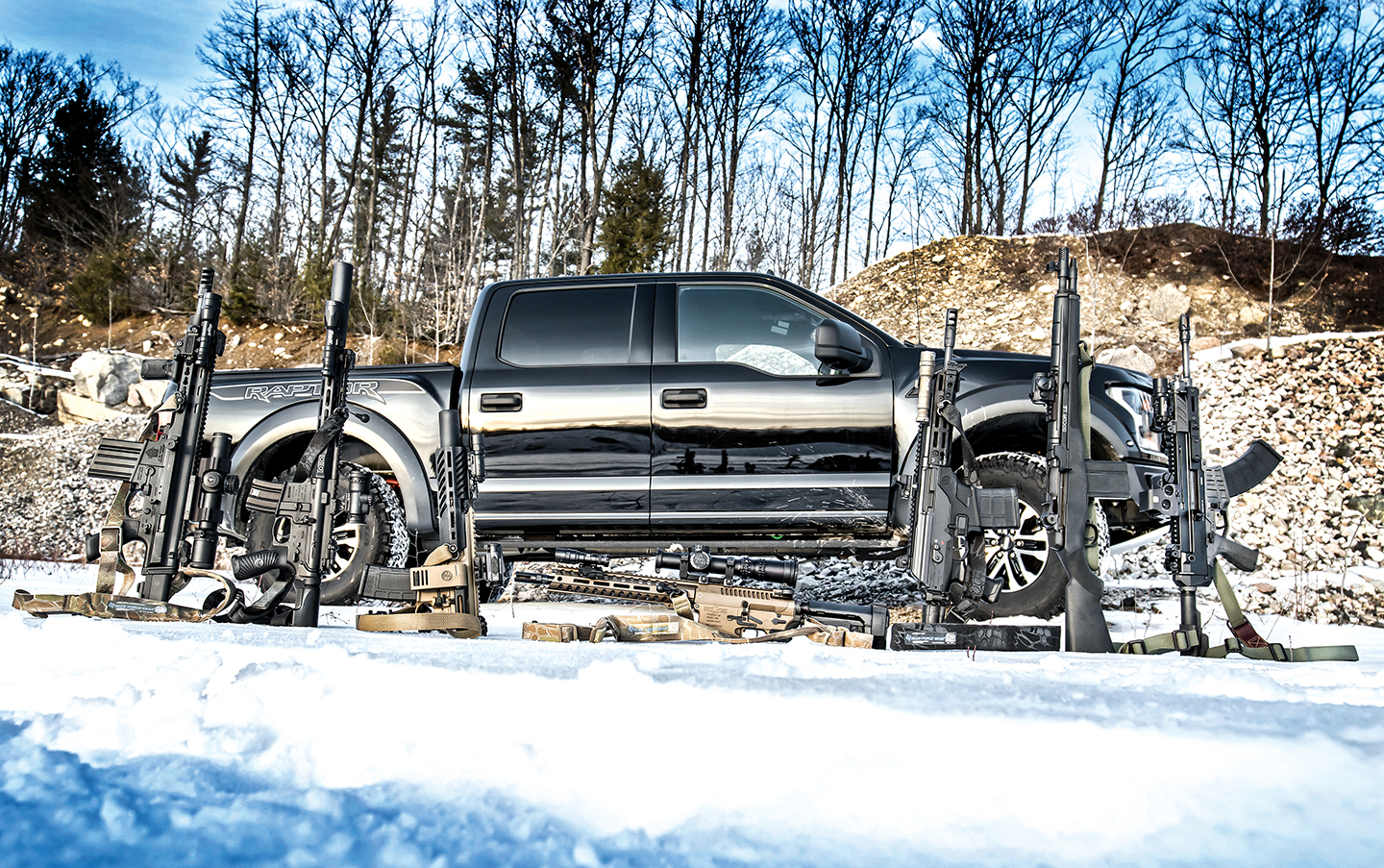