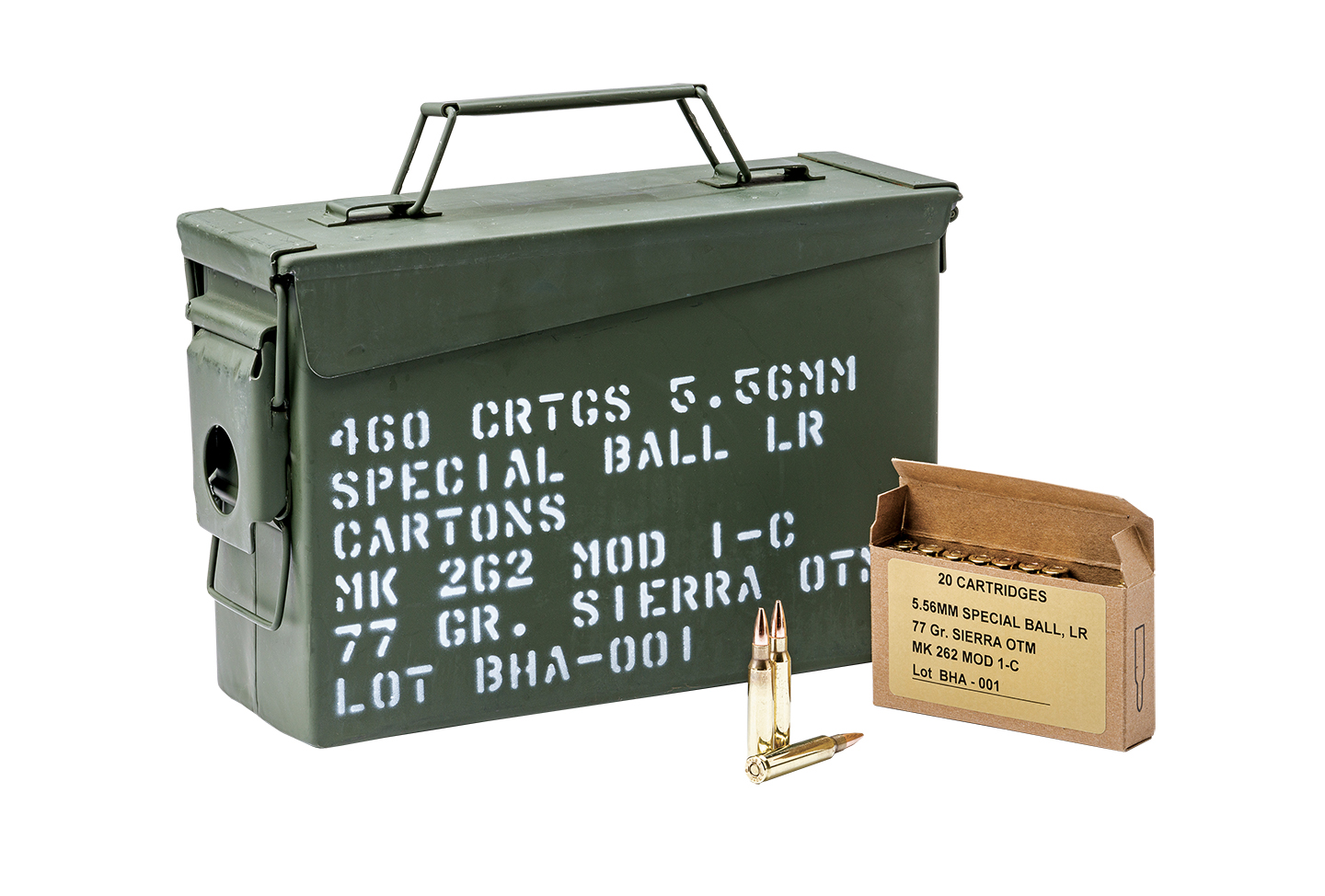 In 1999, at the request of the U.S. Navy, Black Hills began the development of the 5.56mm military precision round. After extensive development and testing, that round became the only one of its kind fielded and used with great effect by our troops. Like the original, the new MK262 Mod1-C commercial round features the exact construction and performance specs of the military round. Loaded with a 77-gr. FMJ bullet at 2,750 f.p.s. (1,293 ft. lbs.), it is now available to civilian shooters in military ammo cans containing 460 rounds in 20 round cartons. These rounds get the same lot acceptance accuracy test as military lots. No lot will ship unless it shoots sub 2-inch, 10-shot groups at 300 yards (0.64 MOA). Black Hills’ built its company on this unrivaled round designed to protect our freedom. Contact Black Hills Ammunition, Tel.: (605) 348-5150; Web: www.black-hills.com 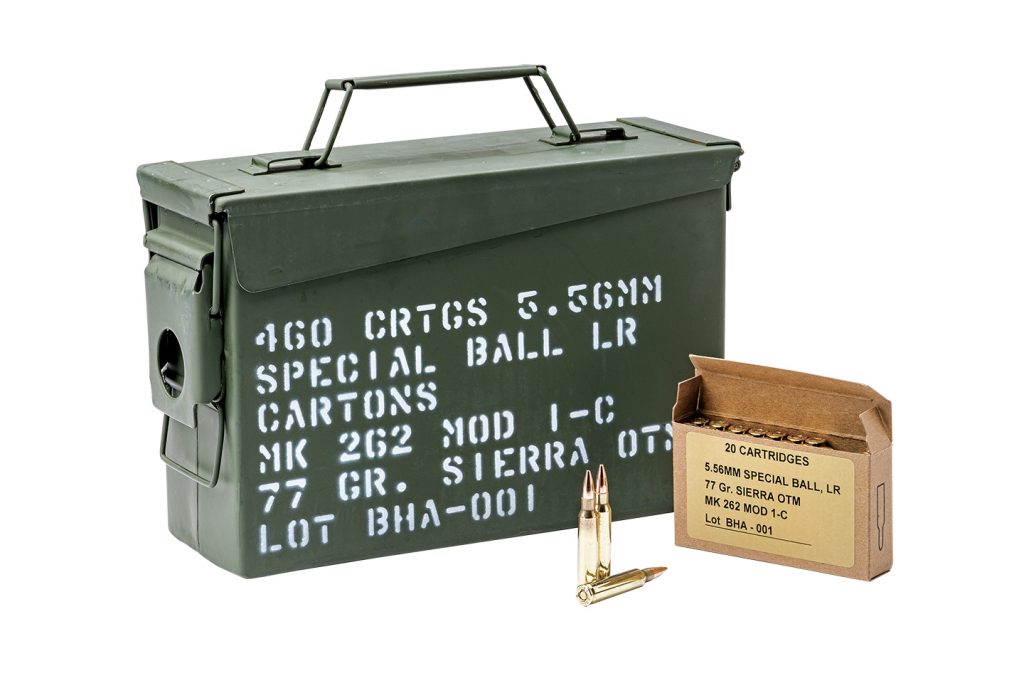