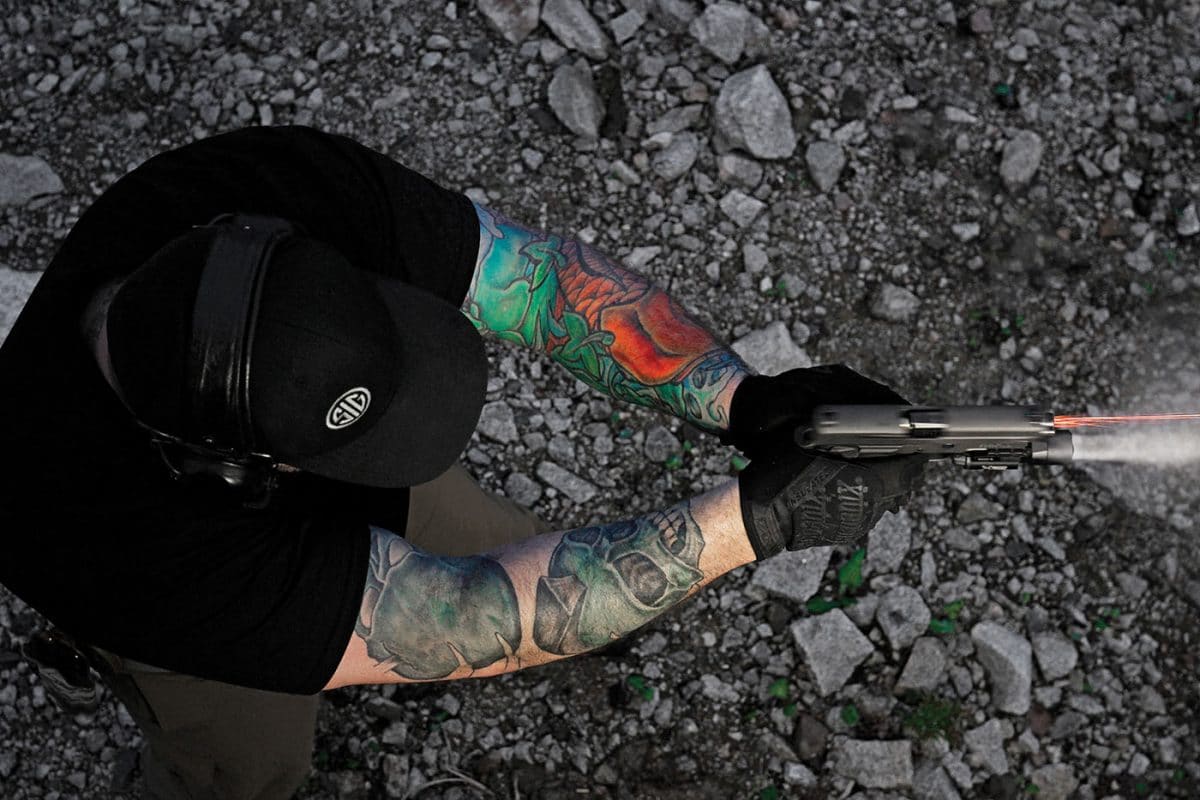 Introduced in the latter part of 2015, SIG’s Legion series consists of guns from the classic “P-series” line feature a high-tech PVD finish, trigger systems encompassing the brilliant work of master gunsmith and champion shooter Bruce Gray, a re-shaped grip frame at the trigger guard that sets the pistol a tad lower in the shooter’s hands, and ergonomic textured grips with a distinctive Chevron that marks its place high on the list of prestige SIGs. The Legion variation, says SIG, is based largely on the input of the most high -speed, low-drag advanced shooters and elite combat soldiers and cops among the many such who go through the excellent SIG Academy. The first such guns were traditional double action: the second wave, tested here, is the single action, cocked-and-locked variation that SIG introduced roughly a decade ago. 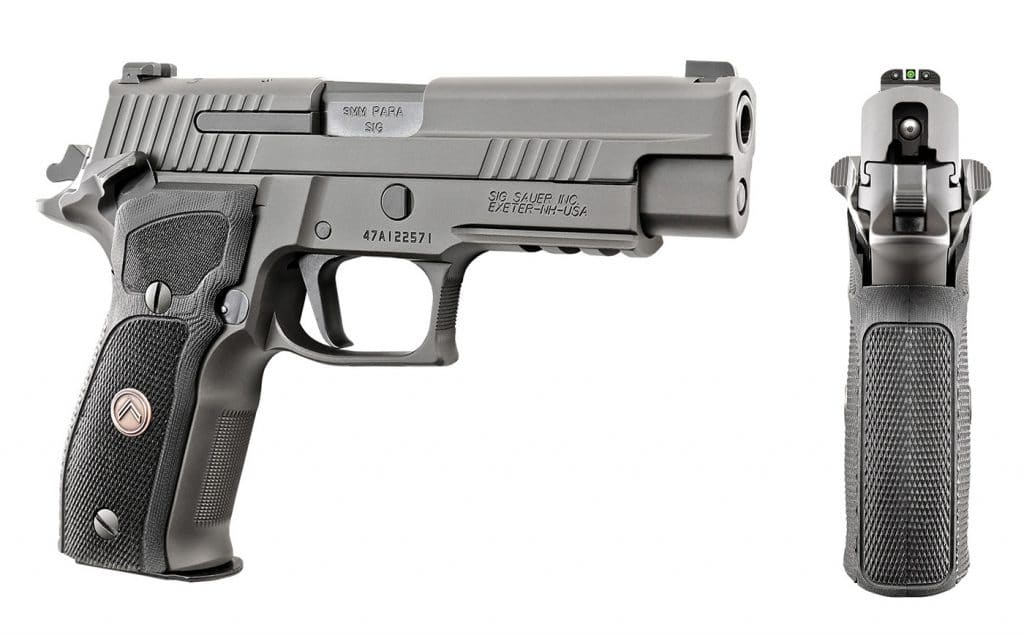 True to its roots as a P-series SIG P226, this pistol has a higher bore axis than some others in the same 9mm Luger chambering. Turns out, that’s not a big deal.

On the Lyman digital trigger scale, pull weight on the Legion P226 SAO’s trigger averaged a very consistent 3 lbs. 4 oz. when measured from the very bottom, or “toe,” of this pistol’s pivoting trigger. However, unless your fingers are shaped like spider legs, you’ll probably press the trigger from its center, which is where most human index fingers fall on most triggers. This gives you less leverage, and requires more “pull.” From the center of the trigger, the Legion P226 SAO ran 3 lbs. 12 oz. average.

Now, that’s worth talking about for a moment. The difference between center and toe finger placement is usually a good bit more than that. The Legion P226 SAO has a flat-faced trigger, and it would take a geometry major, which I am not, to be able to tell you how much of a difference that makes.

SIG specifies the trigger pull weight on this gun at 5.0 pounds, and does not specify on their website whether this measurement is taken from the center or toe of the trigger. While I for one am comfortable with five pounds cocked and locked, the test gun’s pull is lighter than I’d choose to carry on a defense gun, having taken a bunch of folks at gunpoint over the years and been involved as an expert witness in more than a couple of cases where charges of manslaughter or lawsuits alleging wrongful death were brought on the theory that it was negligent to take someone at gunpoint with a gun that had a very light trigger pull.

It’s a helluva nice trigger pull for a target pistol, though. As the thumb snaps the safety lever down into the “fire” position and the index finger contacts the trigger there’s a short, light take-up before the wall of resistance is met. Then—in slow fire, but unnoticed in rapid fire—there’s a very brief “roll” of the trigger before the sear is tripped and the hammer falls. There is virtually no palpable further movement to the rear (backlash). The crisply-felt re-set of the trigger comes very quickly. The bottom line of all this? The clean, surprise trigger break marksmen appreciate, and shorter trigger movement both forward and back which takes proportionally less time, enhancing rapid fire capability.

Release of the thumb safety was “just right”—not too easy, not too hard. On-safing it, however, was something else. When it came out of the box, the thumb safety was so stiff going back up into “on safe” position sometimes required the support hand to help, particularly when firing left-handed. This, as we shall see, eased up in the course of several hundred rounds.

I “grouped” this gun with the usual protocol: Caldwell Matrix rest on concrete bench at a measured 25 yards. Each 5-shot group measured once overall (center to center from the farthest holes, to the nearest 0.05”), and then the same measurement applied to the tightest three of those. It reflects decades of observing that an experienced handgunner shooting two-handed from a rest with no “called flyers” will generally have a “best three” close to what the same gun/ammo combo will do for all five from a machine rest, and this protocol is easier for readers to duplicate with their own guns and ammo.