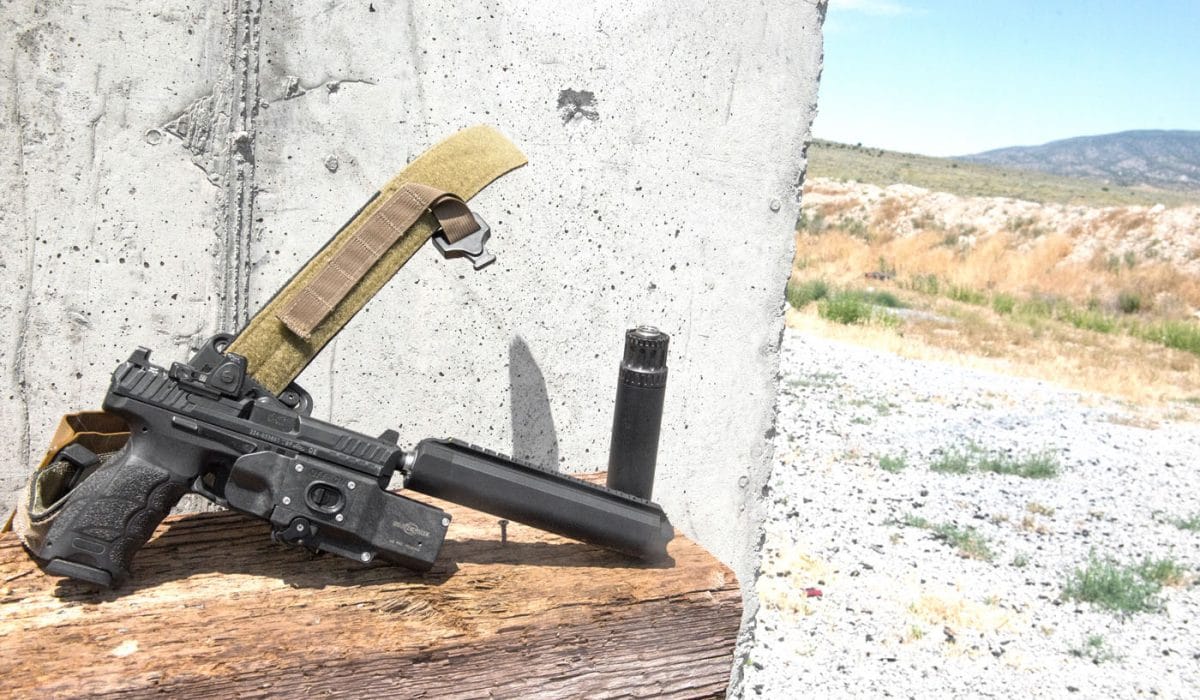 Pistol suppressors have become quite popular over the last few years. Centerfire suppressors are starting to really catch on. Great for home defense, they really quiet things down. They can also be used for small varmint hunting, or even hog hunts. Most are hearing safe with standard ammunition. Suppressors are even seeing some interest in the tactical market where spark or flash is dangerous, or simply to keep things quieter. The problem has always been holstering them, and SureFire has provided an excellent solution.

Made from strong, durable, and light weight polymer the MasterFire secures the handgun using the light, leaving the entire upper portion open. You can use threaded barrels, compensators, red-dot sights, even suppressors without interference. Using a primary and secondary locking system, it’s considered Level 3 retention, required by some law enforcement agencies. Positioned for a fast and consistent draw stroke, it rides like most any duty holster. Using one of four MasterFire capable weapons lights, including red or green lasers insures a solid interface. An adjustable belt loop accommodates on and off duty belts. The thumb lever release is intuitive and conforms to most accepted methods. A side-mounted switch activates the light when removed from the holster. There is even a lock that secures the weapon if needed.

Several pistols were used including my RMR equipped HK VP9 with a couple of suppressors. SureFire provided an X400UH with a green laser for testing. It securely locked to a Beretta APX, FN 509, HK VP9, and a custom 1911 10mm long slide from Republic Forge.