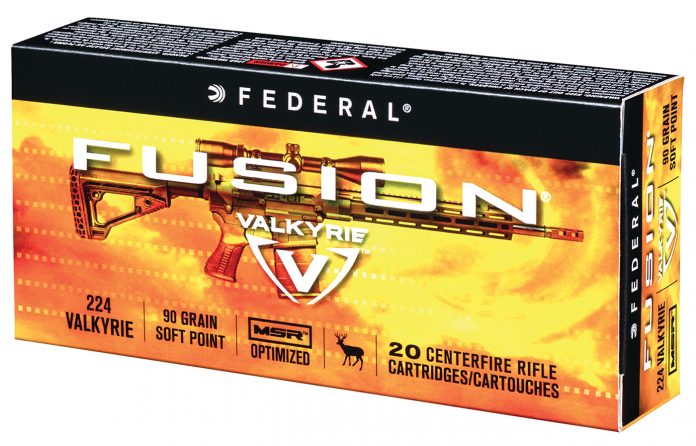 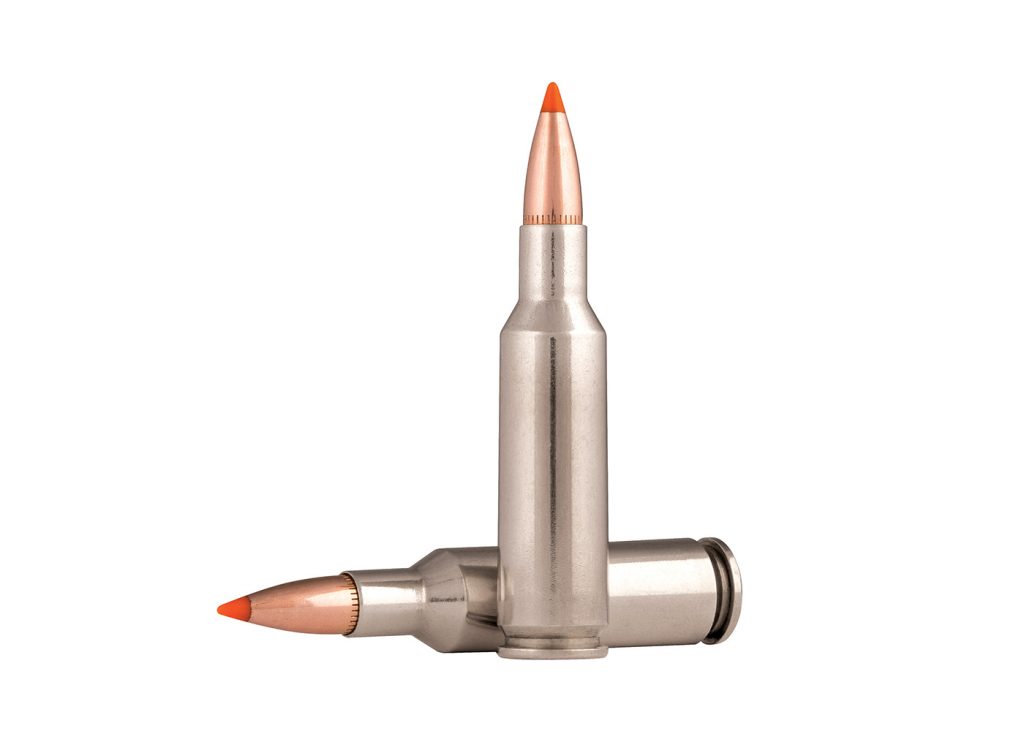 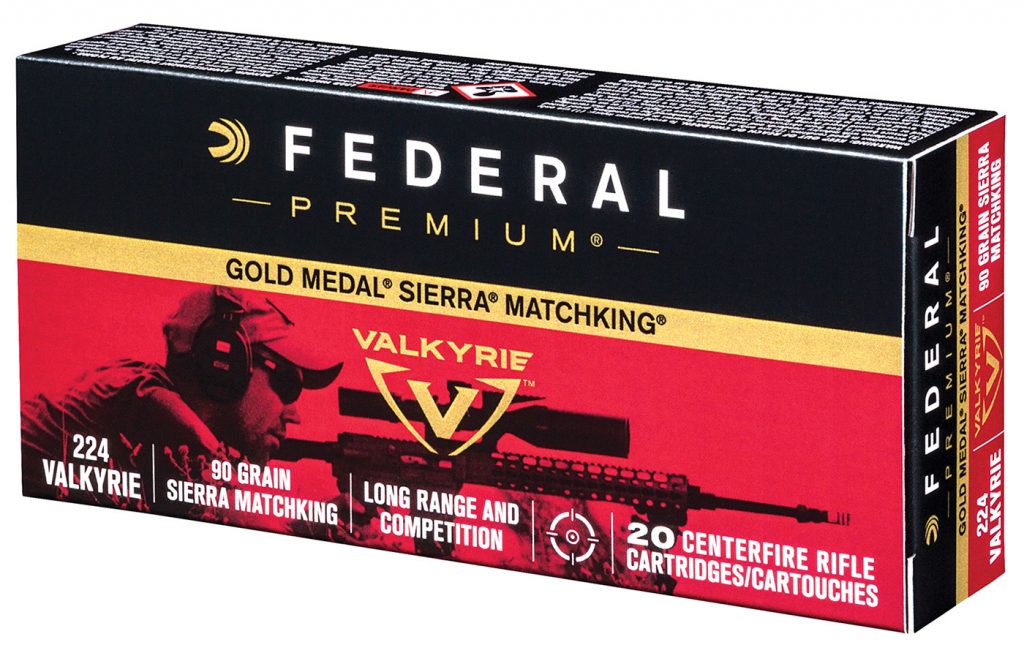 It is available in four loadings, the first being the 90-grain Gold Medal Sierra MatchKing, which exits the muzzle at 2,700 f.p.s. This bullet has won more matches than any other, thanks to sleek boat-tail that maximizes ballistic coefficient (0.563). 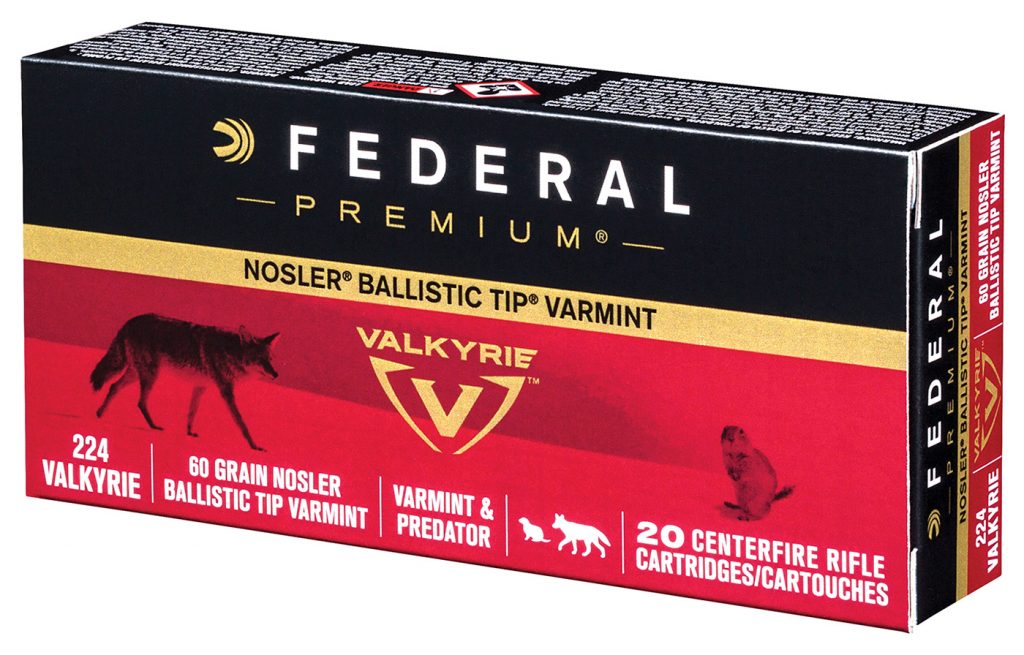 The next offering is loaded with the 60-grain Nosler V-Shok Ballistic Tip Varmint bullet, with thin-jacketed, polymer-tipped bullet, a ballistic coefficient of 0.27 and explosive expansion for quick kills on varmints and predators. The next offering is loaded with a 90-grain Fusion soft point at 2.700 f.p.s. and a ballistic coefficient of 0.45, offering devastating accuracy and terminal performance on medium game. 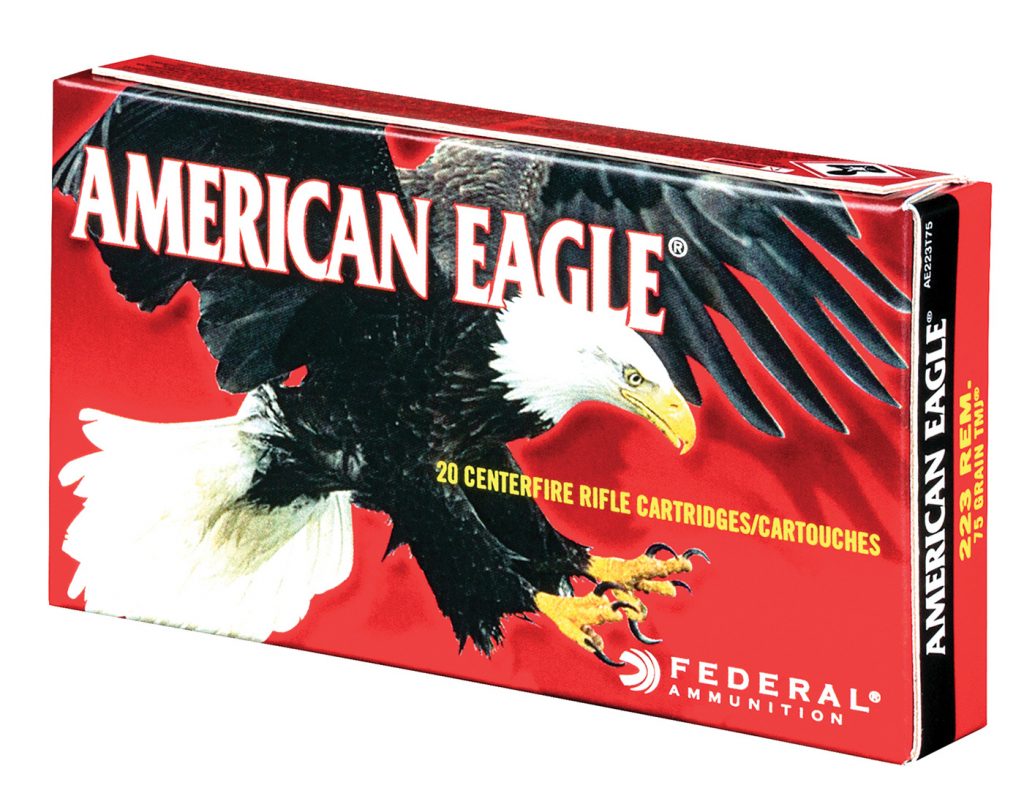