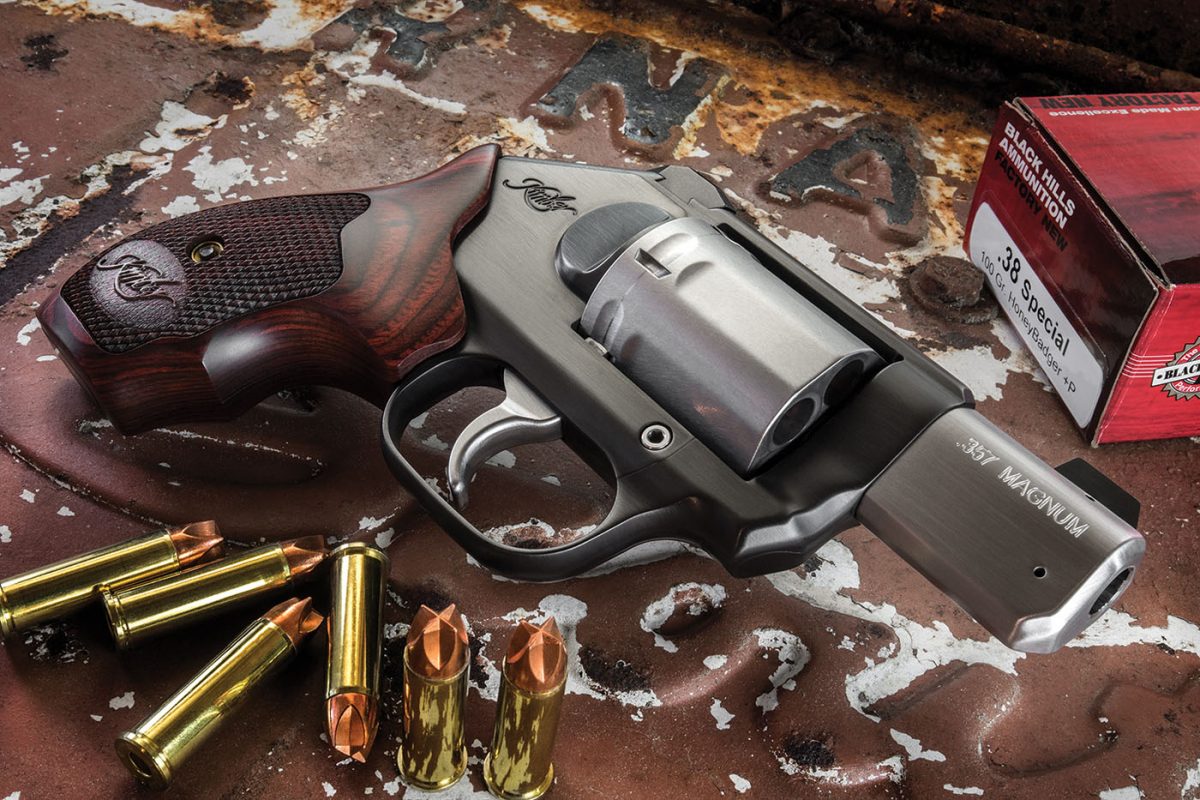 Small-frame, 6-shot .357 Magnum belly gun turns out to be an unexpectedly good performer, with an unusual, unadvertised, potentially life-saving feature. 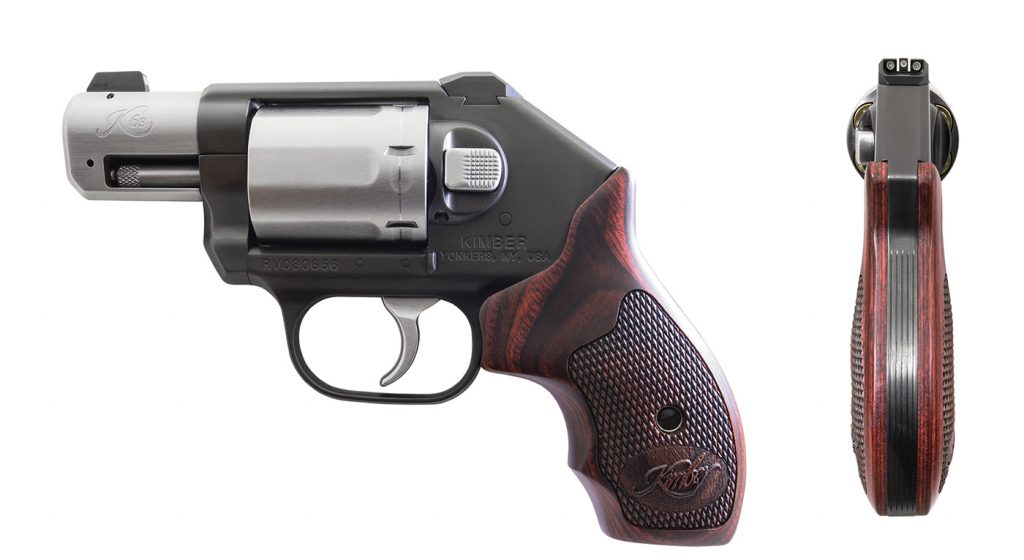 Are you up for a six-shot pocket size revolver, capable of firing .357 Magnum? The Kimber K6S pretty much has the corner on that market. K6S prices start at $919 for the NS version, with neoprene grips and all-stainless finish and construction and night sights. There’s a $1088 DCR (Deluxe Carry Revolver) option with fiber optic front sight and rosewood stocks. The high-priced spreads are the DC (Deep Cover) with dark rust-resistant DLC finish, night sights, and G10 stocks, and the CDP (Custom Defense Package), each carrying an MSRP of $1155. Here we test the CDP, with brushed stainless barrel, cylinder, and cylinder latch and DLC finish elsewhere, Tritium night sights, and rosewood stocks in the “boot grip” style pioneered by Craig Spegel. Our test K6S CDP bore serial number RV030656.

Kimber’s surprise entry into the revolver market a few short years ago was the result of intensive research that showed, contrary to common wisdom, the revolver was far from obsolete and that short-barrel, small-frame versions were, in fact, remarkably popular for concealed carry. Kimber had reached out to one of the gurus of the compact defense revolver, Grant Cunningham. Here’s what Grant told me happened next:

“It started when a representative from Kimber contacted me and said ‘We want to make a revolver. Would you like to help?’ Naturally I said yes! They wanted to know what my ‘ideal concealed carry revolver’ would look like. I told them it should be the size of a Detective Special, have a 6-round cylinder, the best factory trigger available, good sights, a concealed hammer, and fit small hands well. From there we spent the next 3 years getting the details ironed out, shooting prototypes, etc.”

Grant continued, “As you might imagine, there was a lot of attention paid to getting the action right. The first production test run was remarkably good, and I hope that level of quality continues as they ramp up production. I have to give it to Kimber: they really stepped up to the plate to bring this product to reality. Their engineering and product development people were top notch and great to work with. (BTW—I don’t like the rubber grips they’re shipping with. The wooden ones they debuted with at SHOT were, in my mind, much nicer.)”

They certainly listened to Grant’s subsequent commentary on the grips, above; the rosewood ones on our test gun are just what Cunningham ordered. There are simply no better sights factory furnished on a small carry revolver today (though the ones on the S&W 340 M&P are a “tie”), and the Kimber’s action continues to be excellent as Grant predicted.

The double-action-only pull is smooth. Roll the trigger back slowly, and you’ll feel two little clicks before the final stage. The first is the spring-loaded cylinder stop coming back up and making contact with the cylinder. The second is the stop hitting the bolt cut and locking the firing chamber into line with the barrel. It happens early, what revolver-smiths call “pre-timing,” and it’s an indication that this gun will take a helluva lot of wear and tear before it goes out of time. Now comes the final stage of the pull, a short roll until the internal hammer drops and sends a bullet on its way.

When you roll the trigger fast, as you undoubtedly will in a real self-defense situation unless time and distance combine to make a precision shot feasible, those first two clicks just seem to disappear. They’re palpable if you consciously feel for them, but otherwise, it just turns into a long, smooth roll. For that rare precision shot, the K6’s trigger pull lends itself to “staging,” a trigger-cocking technique in which the trigger is rolled back just until the cylinder has locked, and the pull is then completed with a shorter, lighter pressure. Trigger reach is short: great for short fingers, less so for progressively longer digits.