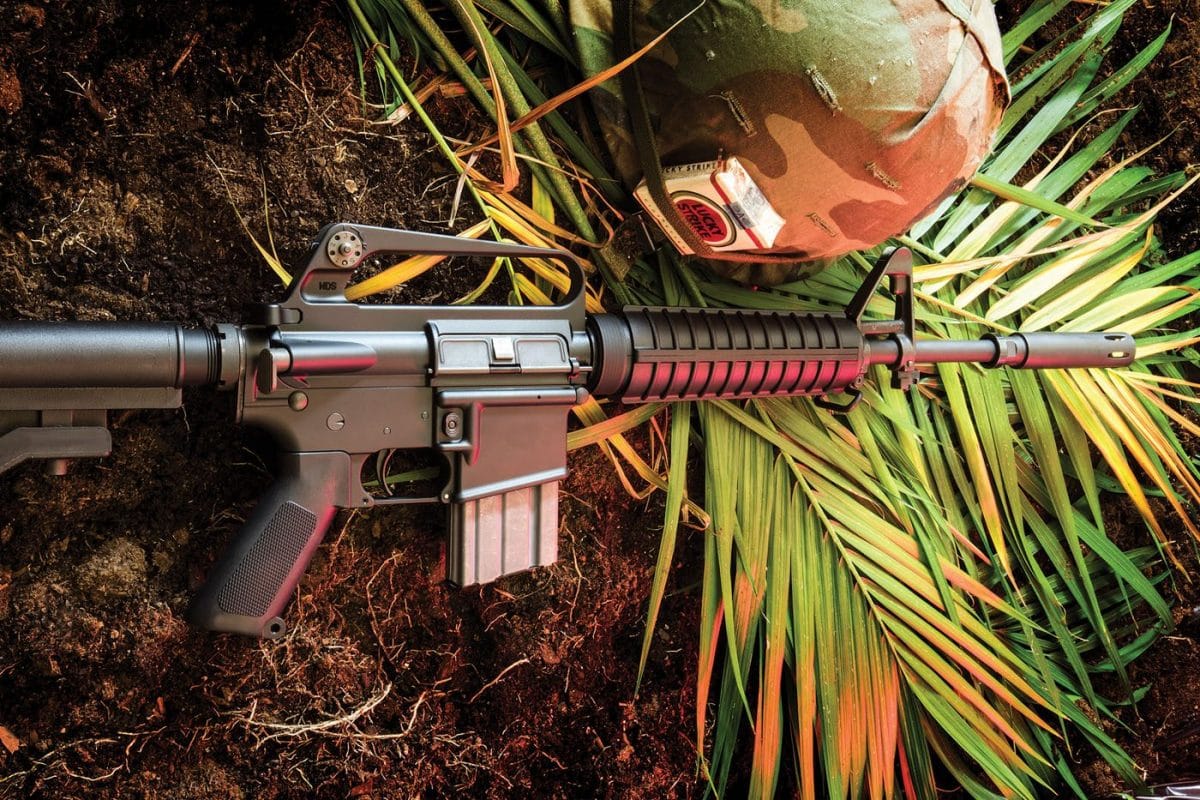 Historically correct Special Operations Stoner carbines that you can own

Collecting military firearms is a passion for many enthusiasts. When you handle a real classic, such as the M1 Garand or a true M1911A1, you are acutely aware that you are holding a piece of history in your hands. In some cases, these historical treasures are relatively easy to acquire, if not always inexpensive. In other cases, finding the real deal can be quite difficult. The latter is true of the various Colt CAR-15 “Commando” carbine variants out there, with the authentic ones being either impossible to find, or both tedious and expensive to reproduce from older parts.

If you are like me, you don’t just like to shoot guns, you like to collect, study and commiserate with others about them.   This is especially true of military firearms. Every firearm has a pedigree, but some are more interesting and varied than others. Among those in this latter group are the many short carbine versions of the AR-15, sometimes referred to collectively as the CAR-15 or “Commando”. There is a very determined following of enthusiasts out there dedicated to these firearms, and many will go to extraordinary lengths to acquire one or collect genuine parts to build their own. Fortunately, true enthusiasts (and those of us perhaps slightly less so) can now fall back on faithful “Retro” reproductions of certain historical variants of the AR-15. Special ops equipment seems to excite the imaginations of many, so to meet the needs of the firmly dedicated collector, Brownells and Troy Industries have begun offering near-authentic reproductions of the CAR-15 and its offspring.

First up we will take a look at the Brownells’ XM177E2, a carbine very similar to that which was made famous during the historic Son Tay POW camp raid in Vietnam in November 1970. But before we do that, we should take a very short look at the history of the Colt Commando carbines in general. The carbine version of the M16 got its beginnings in the Vietnam War. As the war began to heat up in the late 1960s, the Army wanted a lighter, more compact version of the M16A1 for special operations, close quarters use.

Colt’s initial, relatively ad-hoc attempts to shorten and lighten the M16A1 yielded the CAR-15 Model 607, which was termed a submachine gun despite the fact it fired a rifle versus a pistol round. The exceptionally large muzzle flash escaping from the 10-inch barrel and other issues led next to the Model 609, and shortly thereafter to the Model 610. These had a distinctively large muzzle device added to the end of the barrel to tamp the muzzle blast, as well as modular, rounded handguards, and a two-position collapsible stock. The only difference between the Model 609 and 610 was the teardrop shaped forward assist found on the 609. The Army, in keeping with military tradition requiring that things be named in a confusing, parochial manner, gave the designation of XM177 to the Model 610, and XM177E1 to the Model 609, the “X” standing for “experimental”. Not to be outdone, the Air Force created their own variant, with the designation of GAU-5/A submachine gun (GAU = Gun, Aircraft, Unit). Later, the 10-inch barrels gave way to 11.5-inch barrels, which led to the Colt Model 629 and 649, and designations of XM177E2, or GAU-5/A/A for the Zoomies.