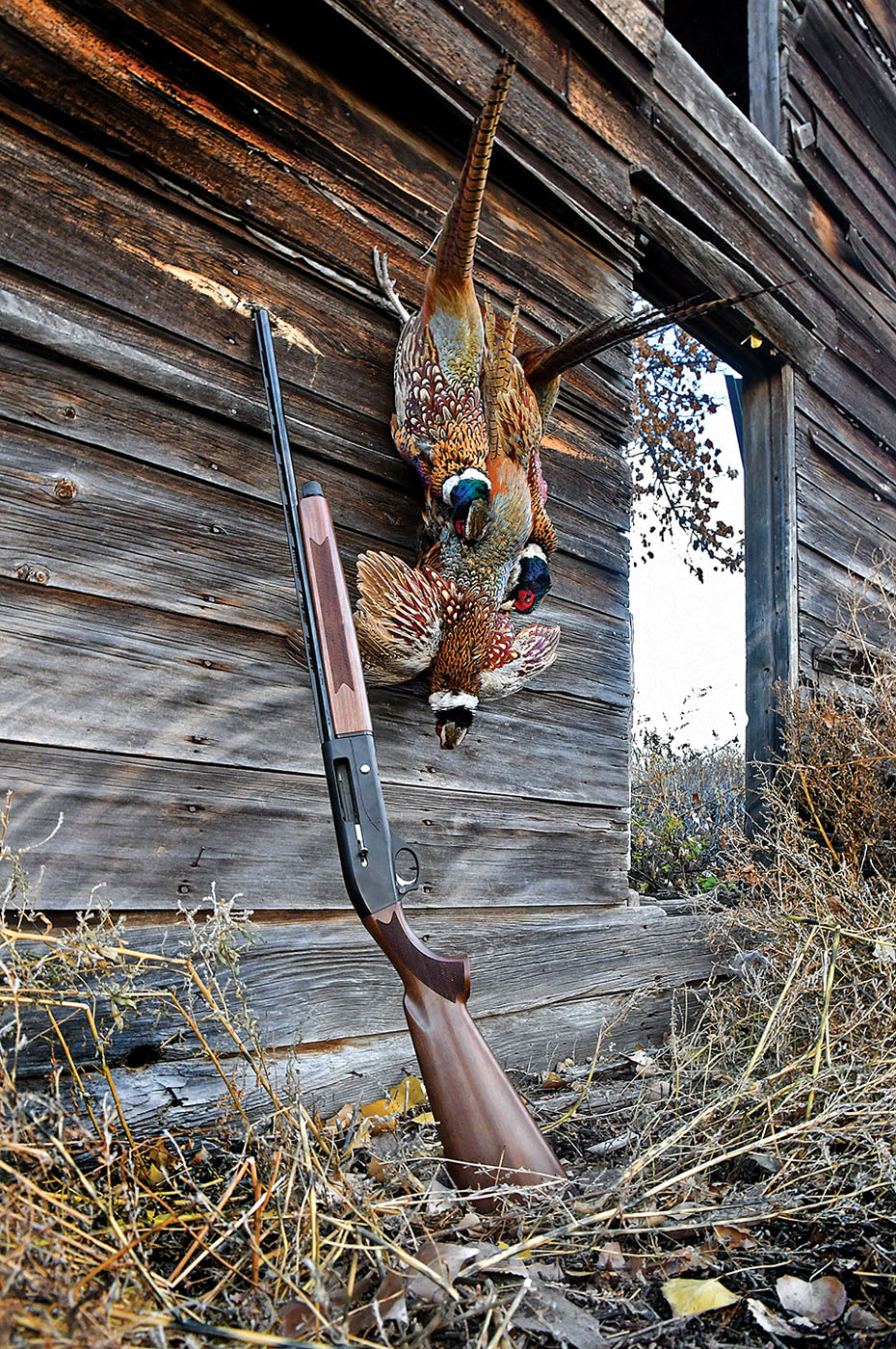 My mind and voice registered that observation automatically, but even with decades of experience, the sight and sound of a close-flushing, South Dakota pheasant mildly startled me. My mind raced to instantly process the variables so familiar to wing shooters: Is he in my shooting lane, and will his flight path give me a safe shot?

This cagey rooster wasn’t cooperating. He flew directly at me and over my head—too close to shoot—but that’s a move I’ve seen many times before. Holding the shotgun with the barrel straight up to avoid covering fellow hunters making the drive with me across the field of milo, I spun 180 degrees and, making sure no one was behind me, mounted the gun. I swung through the rapidly retreating bird and slapped the trigger. The swarm of No. 5 shot found him, and the rooster folded like a cheap kite in a hurricane.

While this may sound like just another day in the milo fields of South Dakota, the moment was memorable for a couple of reasons. First, I was hunting at Scattergun Lodge, a world-class pheasant-hunting destination. Secondly, the shotgun in my hands was the trim little Mossberg International SA-28 semi-auto, which has been something of a hit with many of my fellow outdoor scribes. It is, as the name implies, a 28-gauge shotgun, and I collected six roosters with it, within the generous limit at Scattergun Lodge, on that first of several days of hunting.

While there are those among us who insist that a 28-gauge is insufficient for pheasant, others assert with equal conviction that the 28-gauge is possessed of magical, winged-dragon-slaying powers. The truth lies somewhere in between. The 28-gauge is definitely not my first choice for hunting late-season birds that flush 40 yards out. For anything else, within reasonable range, I’ve found the 28-gauge to be just as effective as any other gauge, and I’ve always felt that it punches a bit above its weight class. Remember, it’s not the gauge that kills—it’s the shot pattern—and the 28-gauge does nicely out to 30- to 35-yards with both standard 3/4- and 1-ounce loads if you do your part.

As a devoted fan of fine double guns for upland hunting, I was initially somewhat indifferent about hunting with this semi-auto, but the quick-pointing little shotgun quickly changed my mind. Weighing little more than six pounds with a 26-inch barrel, the shotgun, as well as the diminutive shells designed for it, were a joy to carry in the field all day. With a length of pull of 14.5 inches, and an overall length of 46.5 inches, the gun pointed well for me, was quick on target and had very mild perceived recoil.

Perhaps the most surprising thing about the SA-28 is the fact that it’s priced for the masses with a MSRP of just $675, and a real-world price considerably below that, making it one of the most affordable gas-operated autoloading 28-gauge guns on the market.