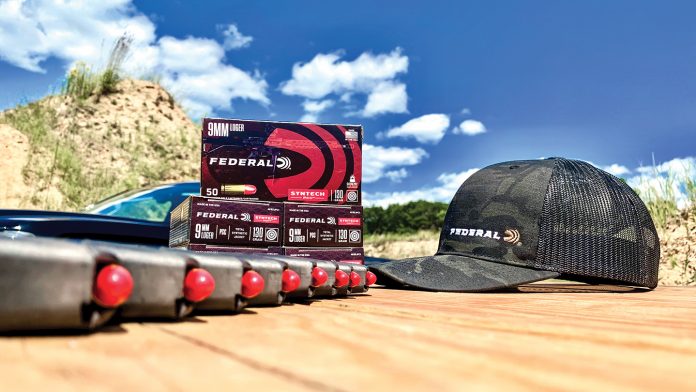 Pistol Caliber Carbine competition is one of the fastest growing segments within the competitive shooting market. 3-Gun matches are on a steady decline, mostly because folks have come to the realization that it’s actually a shotgun reloading competition, but it’s also due to the high equipment costs associated with the sport.

Pistol Caliber Carbine (PCC) is just the opposite. If you’ve ever shot a local IPSC or USPSA match, think about how much fun it would have been shooting it with a fast-handling, light recoiling 9mm carbine or subgun. That is PCC in a nutshell.

Not only is PCC exciting, its inexpensive to shoot. For the cost ranging from a new Glock pistol to mid-grade 1911, you can get into a brand-new pistol caliber carbine. Add a low cost, sporting red dot and you are in business my friends.

Now, practice makes perfect, and if you’re given the opportunity to pick-up a few pointers from a pro shooter at a match, we’d highly recommend it – because there is strategy and technique to the game. The other way to get a competitive leg up on your fellow shooters is by choosing the right ammunition.

Federal Premium recently introduced an extension to its line of Syntech ammunition, called PCC. Syntech PCC is optimized for carbine length barrels and features a bullet profile that provides increased accuracy, while also reliably feeding carbines. It’s also extremely soft shooting. So soft, in fact, that while scoring cardboard targets during a number of stages we recently shot, our double-taps were often touching or mere millimeters apart. This was not the case when shooting bulk jacketed ammunition through the same platform. 9mm doesn’t have much recoil in a carbine, but we found 130-grain Syntech PCC ($19.95) to be an absolute powder-puff load.

Federal’s Syntech ammunition is easy to identify, thanks to its bright red colored projectiles, but the ammunition is more than being identifiable. Syntech PCC features a unique TSJ projectile, which uses a polymer jacket to eliminate metal fouling and drastically reduce the build-up of barrel heat and friction. With no exposed lead or copper, there’s no contact between these materials and the barrel, so there’s no metal fouling. This means you’ll have to clean your gun less frequently, unlike conventional jacketed ammunition, which creates metal-on-metal contact between the bullet and bore, which can not only shorten barrel life, but will decrease accuracy over time.

PCC’s see a relatively high volume of fire in short bursts, which creates a build-up of heat. Heat is the arch enemy of firearms and it should be minimized whenever possible. The polymer-encapsulated Syntech bullet does this, all while eliminating both copper and lead fouling.