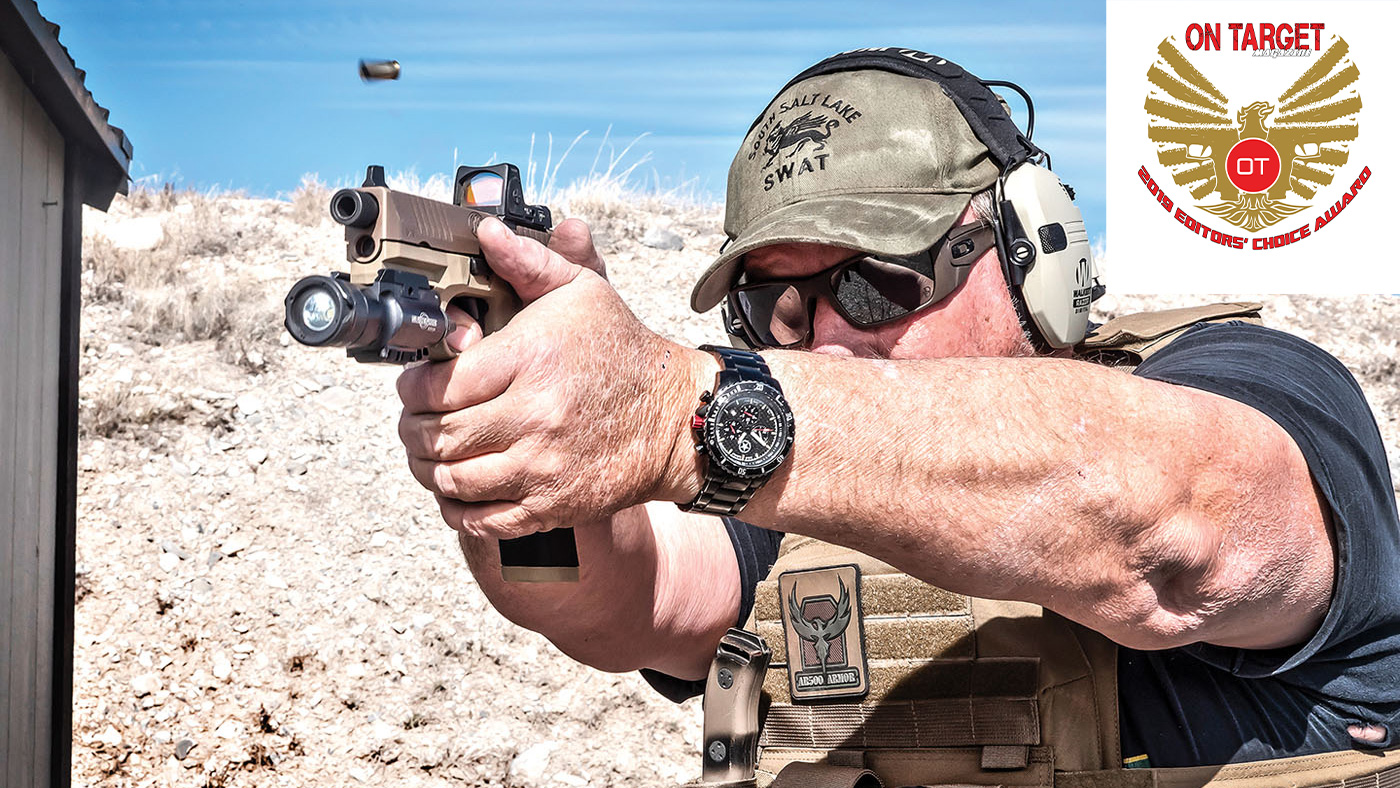 Best of the suppressed 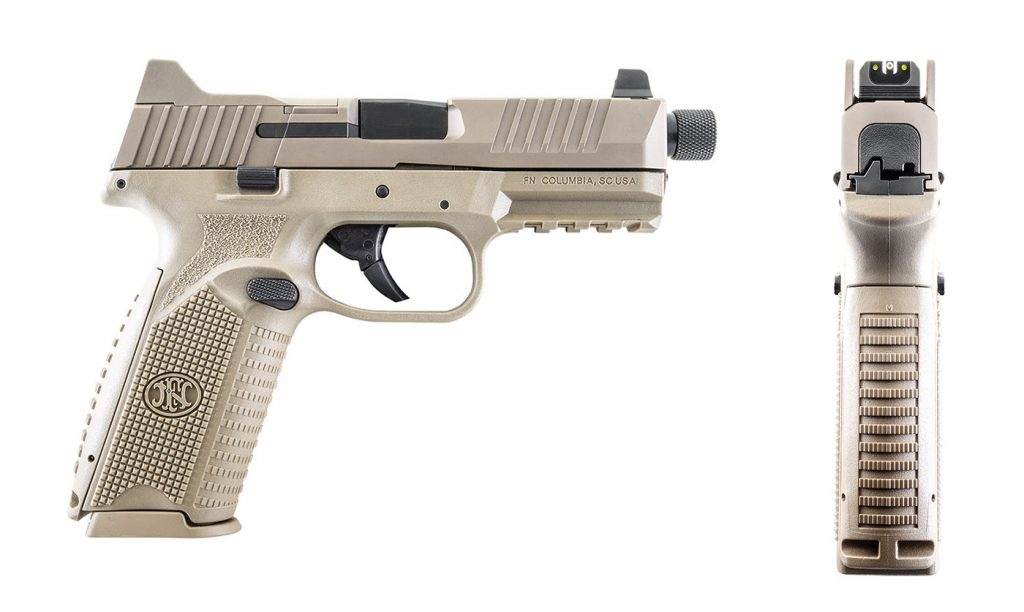 Back in On Target’s 2019 Defensive Handguns issue, we rounded up five of the latest and greatest suppressor-ready 9mm pistols, and among them, the new FN 509 Tactical proved to be a staff favorite and most deserving of a 2019 Editors’ Choice Award. Based on the pistol submitted for the Army’s Modular Handgun trials, the FN America 509 Tactical adds some significant features. Along with the proven 509 features, including some of the most extensive hard-use testing in the industry, the 9mm 509 Tactical ($1,049 in black or FDE) includes FN’s Low-Profile Optics Mounting System. You can mount more than ten different red-dot sights that will co-witness with the Tritium-equipped, suppressor-height sights. Suppressor installation is easy and the design lends itself to accommodating new sights. Wings protect the rear sight when and red-dot is not used. The barrel length is 4.5 inches, cold hammer forged and threaded at 1/2 x 28 for suppressor use. Two 24-round magazines are included along with a 17-round flush fit. Controls are fully ambidextrous and the trigger remains one of the best duty-capable, striker-fired triggers I have tested.

Surefire’s Ryder 9Ti (Titanium) suppressor was used for much of the testing. At a mere 9.5 ounces, it works well on a variety of pistols. Patented baffles allow you to disassemble the Ryder for cleaning. Numbered and indexed with built-in spacers, the Ryder 9Ti is easy to reassemble. Its 1.25” diameter means it can be used on many pistols without adding taller sights. Trijicon’s RMR RM06 Type 2 with a 3.25 MOA dot was installed for RDS testing. It co-witnesses the sights perfectly and has proven itself over thousands of rounds. Dot size is about perfect for a pistol, allowing for fast acquisition up close without hindering accuracy at longer range. Surefire’s XH35 was used for weapon-mounted light testing. It’s beam pattern is about perfect for clearing homes or other close quarters environments in the dark.

Accuracy with this pistol matched that of the first FN 509 tested, with my ability to be accurate only enhanced with the RMR. Zeroed at 50 yards, my groups remained mostly inside the diameter of my fist with the Hornady 135-grain +P Critical Duty ammo, which proved to be the most accurate. At 25 yards the group measured 1.5 inches. Everything was as accurate with the Federal 147-grain HST coming in right behind the Hornady.

Reliability both with and without the suppressor was excellent. The only ammunition it would not run consistently suppressed was the 147-grain subsonic from Ammo Inc USA.

This is common, depending on the suppressor, and the design of the piston used. Changing suppressors is often the fix with low-powered or very light ammunition. Removing the suppressor eliminated any issues with the sub-sonics, or anything else with or without the Surefire X400 light/laser combination.

Swapping out the RDS was simple and easily completed in the field. One of the best aspects of the design is the lack of the need for locking compound. Pick the right plates and screws and it locks in place. Over the course of several hundred rounds it never shot loose. Iron sights are easy to see in daylight with a visible dot in the front and subdued rear. Protective wings do not interfere with non-conventional reloads or stoppage drills.

I found this pistol hard to put down. It reminded of my initial testing of the 509 a couple years ago. The trigger really suits me, and averaged 6.0 pounds pull weight with a consistent break and reset. While it uses a trigger-mounted drop safety it does not feel like it, unlike those with levers in the middle. Having 24 round magazines makes it perfectly suited for a team environment, and it will accommodate lights, lasers, suppressors and a red-dot sight. It just doesn’t get any more versatile than that!  Contact FN America; Tel.: (703) 288-3500; Web: www.fnamerica.com