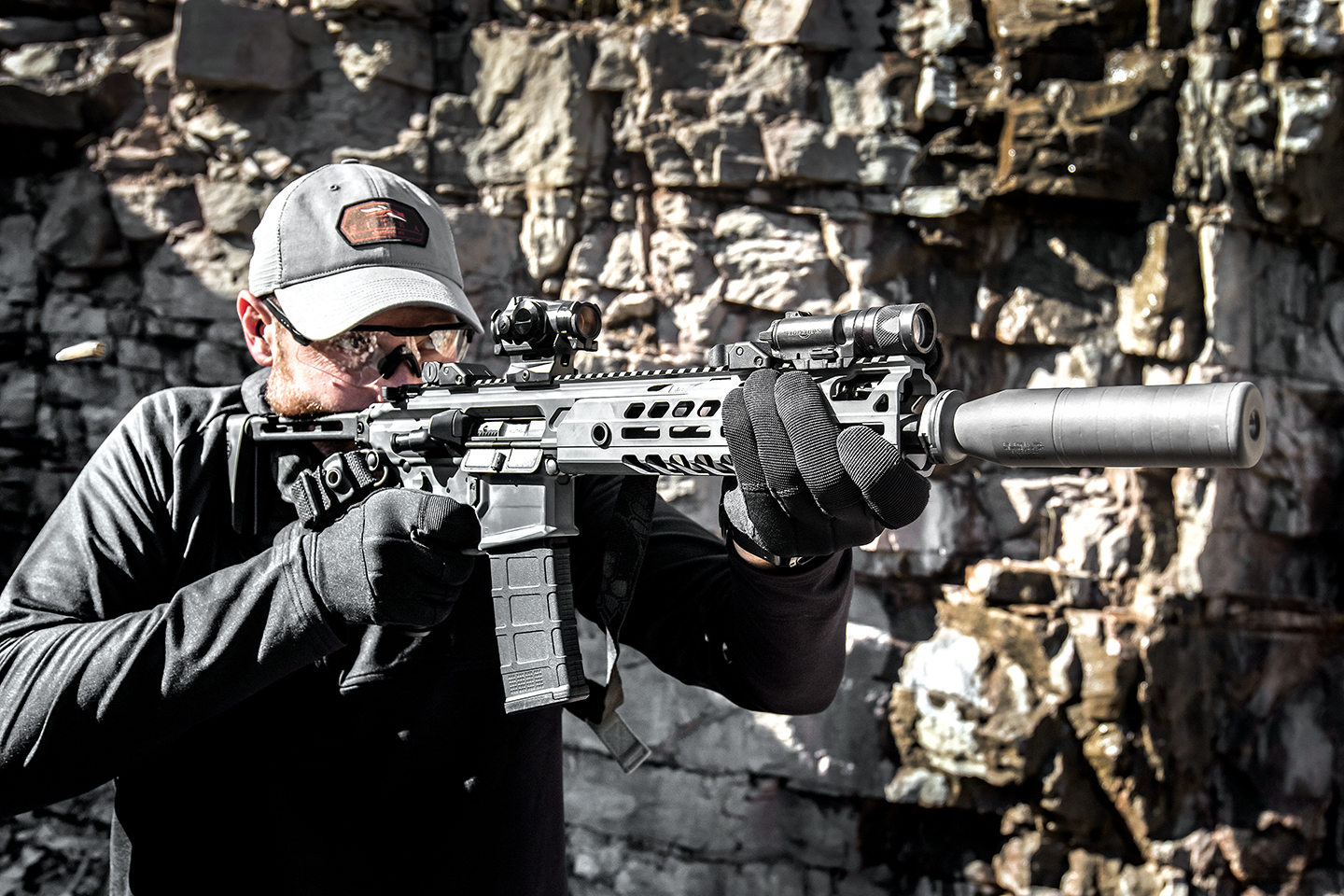 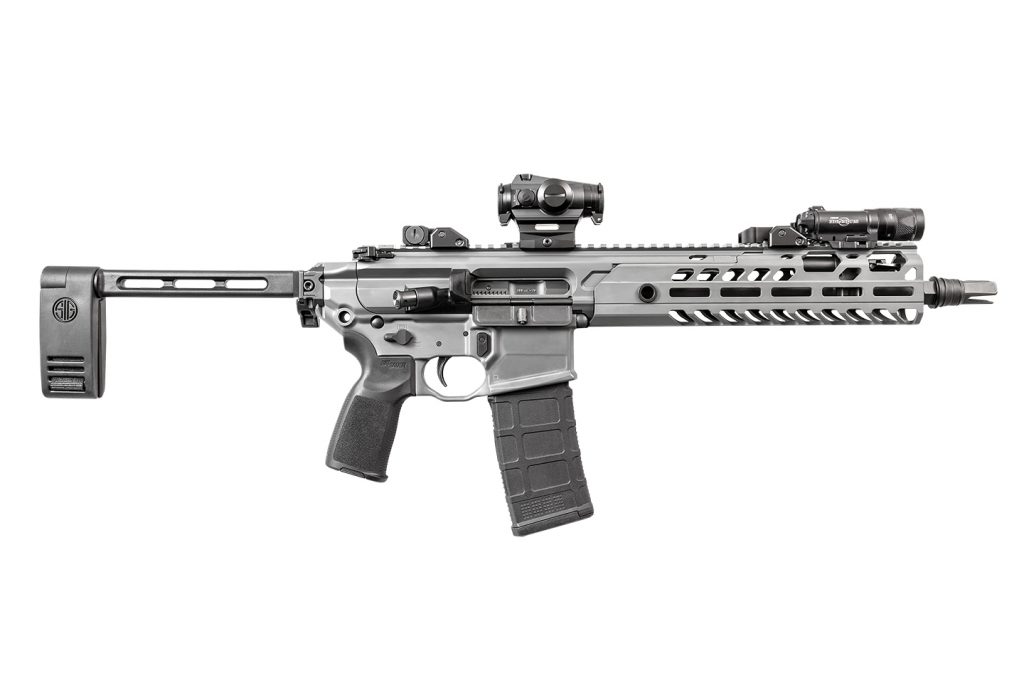 SIG Sauer’s MCX just might be the most modular combat rifle in the world. You don’t hear much about them but the list of professionals that rely on the MCX to complete their mission reads like a who’s-who of top-tier counterterrorism units across the globe.

A little-known fact about the MCX Virtus is that, thanks to USSOCOM, the MCX has seen more exhaustive testing than the M16 ever did during its development phase or acquisition process. Since its inception, the MCX has been the benefactor of a series of updates to mold it into the platform that it is today. Unlike most of its competitors who release a product and leave it as-is throughout its life cycle — regardless of the issues that arise — SIG is constantly making changes based upon testing, consumer feedback and research & development. When it discovers areas that could be improved upon, engineers and product managers don’t wait around for the next model year.

The best way to improve a product is to beat the brakes off it, take notes and then figure out what happened. This is exactly what SIG did with the MCX, in cooperation with SOCOM. During the developmental phase, at least 10 guns were shipped to an entity who proceeded to shoot 50,000 rounds through each of the samples; logging each malfunction and failure, before moving on to destructive testing. After their assessment was completed, the guns were shipped back to SIG, along with all the compiled data. SIG took that data, began tweaking parts and in the process fired an additional 50,000 rounds through each of the returned guns before making further improvements from there.

There isn’t a rifle produced today that is designed to withstand that type of punishment. In fact, 99-percent will never see a fraction of that many rounds fired. The MCX you see before you are the results of that collaboration and labor.

The MCX was designed to have parts commonality with the AR-15 so that owners of the new rifle could take advantage of the vast AR aftermarket support. Triggers, magazines, and pistol grips that fit on an AR will also fit the MCX. The safety, bolt catch, and forward assist are also in the same place to make transitions from one rifle to the next easier.

The differences in operation between the MCX and the AR-15 are much more numerous than the similarities. The MCX uses a piston system instead of the direct impingement arrangement found in the AR-15. Piston systems have been retrofit to the AR for over a decade now, but SIG’s system relocates the recoil spring from behind the bolt carrier group and puts it into the upper receiver.

Moving the recoil spring (a.k.a. buffer spring) to the upper receiver allows the MCX to have a side folding stock instead of the collapsible stock found on an AR, making the MCX much more portable. The bolt carrier, referred to as the carriage system, is also abbreviated since it no longer needs to traverse the now non-existent buffer tube or receiver extension.

Unlike AR-15s, the MCX also has a quick-change detachable barrel system that allows the owner to quickly swap barrel lengths, calibers and handguard lengths, styles and stocks. All that is required is a T27 Torx bit and a common inch-pound torque wrench.

A single properly outfitted MCX can chamber and fire 5.56x45mm, .300 Blackout and now 7.62x39mm ammunition. The platform can quickly be configured from a short, “movie-quiet” suppressed .300 BLK PDW to a 16-inch 5.56 barreled designated marksman rifle capable of firing match-grade ammunition at targets over 800 yards away and every imaginable configuration in between.

The upper is where the real technology comes into play and many of the benefits of the MCX are apparent over an AR-15. A steel cam path insert all but eliminates wear and tear on the upper receiver; a steel feed lip insert prevents gouging of the aluminum receiver when fed certain types of ammunition and steel roll pins are in place for the charging handle latch to catch on in lieu of a simple indent on the aluminum receiver,  again preventing wear in that area. All of these parts are completely user serviceable/replaceable, which in the military, law enforcement or the high-round count shooter world greatly prolongs service life. Even the forward assist is user replaceable, although I’ve never heard of one breaking. But, it’s reassuring to know it can be replaced or swapped out for a low-profile deflector like the one found on the MCX Rattler.

The bolt carrier group/carriage is advanced in that it uses dual springs (but only needs one to operate reliably) and is abbreviated in length. The original MCX used a bolt that was backwards compatible with an AR-15 bolt, however, the Virtus bolt has no tail and is one long beefed-up cylinder, with plenty of meat surrounding the cam pin hole. The additional mass goes a long way in extending bolt life. The bolt lugs offer a radius valley between the lugs, similar to those found on Knights Armament rifles. The radius on the bolt lugs are far less likely to sheer or form cracks because there are no sharp edges or stress points for a crack to even begin.

The bolt also features slightly lengthened lugs with angled lug abutment contact surfaces. The back of the lugs are cut on an angle to give greater contact with the barrel extension. This makes it much harder for the Virtus lugs to experience setback. Just by lengthening the lugs, bolt lifespan can increase by approximately 30-percent. As such, SIG rates bolt life in-excess of 20,000 rounds, more than twice that of an AR-15 bolt. In fact, SIG states the Virtus will not need any parts replaced for at least 20K rounds, a claim an AR-15 certainly cannot make.

The MCX Virtus 11.5-inch 5.56 pistol is our preferred combination of size, weight and capability, and in our opinion, should be the standard model. The balance of the platform is spot-on and we are continuously amazed at how steady it is shooting off-hand. It just sits there, round after round.

To say the gas system is tuned, would be an understatement. Rapid fire shots hardly disturb our sight picture and muzzle rise is near non-existent. Given the modularity, longevity, shootability and backwards compatibility of parts with the AR-15, the Virtus just might be our one-gun for all things. Loaded up with the appropriate ammunition, there is little the gun can’t do.