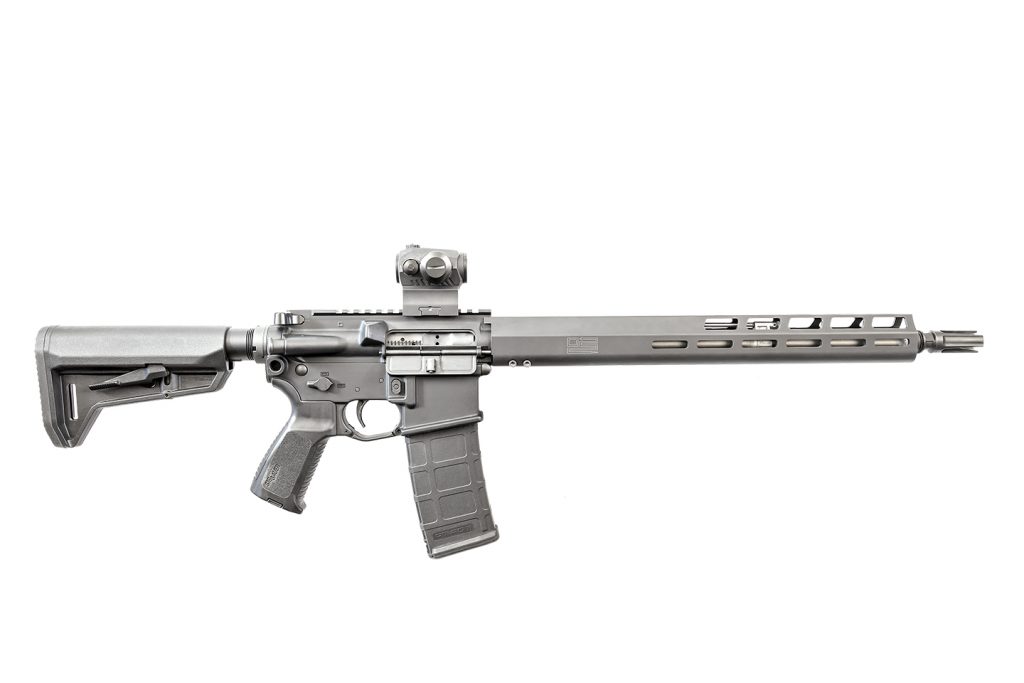 When Sig Sauer decided to create another AR-15 that could compete with the hundreds of other sub $1,000 out there back in 2018, they had their work cut out for them during a time of heavy market saturation. A tall order, but they managed to do it in spades with the M400 TREAD — a rifle that is still, very much, one of the best choices in this price range. At the time, I strongly suspect the Sig M400 TREAD had been inspired, at least in part, by one of Sig’s competitors, the Springfield Saint. The Saint came on the scene a few years ago, and managed to become very popular by creating what in effect is a near-custom gun for a modest price. The Sig M400 TREAD appeared to use a similar recipe for success. The TREAD starts with the proven Sig M400 7075 aluminum lower and upper receivers, used successfully on their M400 and 516 AR-15 systems. The lower has a flared mag well, ambidextrous controls, Magpul MOE trigger guard and dual QD swivel points built in on both sides just below the castle nut. Utilizing a direct gas impingement operating system, the TREAD’s 16-inch barrel is machined from stainless steel with a 1:8” twist, and a mid-length gas system. The barrel is topped with Sig’s proprietary three-pronged flash hider, drawn from the Sig MCX/Virtus line. The bolt carrier group and charging handle are Mil-Spec. The TREAD’s most distinctive feature is the very thin, sleek, free-floating handguard. From the front, the handguard is teardrop shaped, with six M-LOK cuts at the 3, 6 and 9 o’clock positions, and five wider parallelogram shaped cuts at 11 and 1 o’clock forward. There is no Picatinny rail along the handguard top, and toward the rear half of the handguard there are no cuts at all, just flat metal.   More on this to come. The remaining TREAD furniture consists of a Sig pistol grip and a Magpul SL-K stock on a 6-position receiver extension. The buffer itself is standard weight, while the trigger is a polished, hard-coated Mil-Spec, single-stage design. While the TREAD comes “optics ready”, i.e., with no sights, we used a Sig ROMEO5 red-dot during testing. At under $150, including an absolute co-witness mount, 50,000 hours of battery life, and motion sensing on/off, this optic can give any Aimpoint a run for its money. The TREAD weighs in at seven pounds empty, though it seems lighter with its svelte handguard. It comes with one 30-round Magpul PMAG magazine. 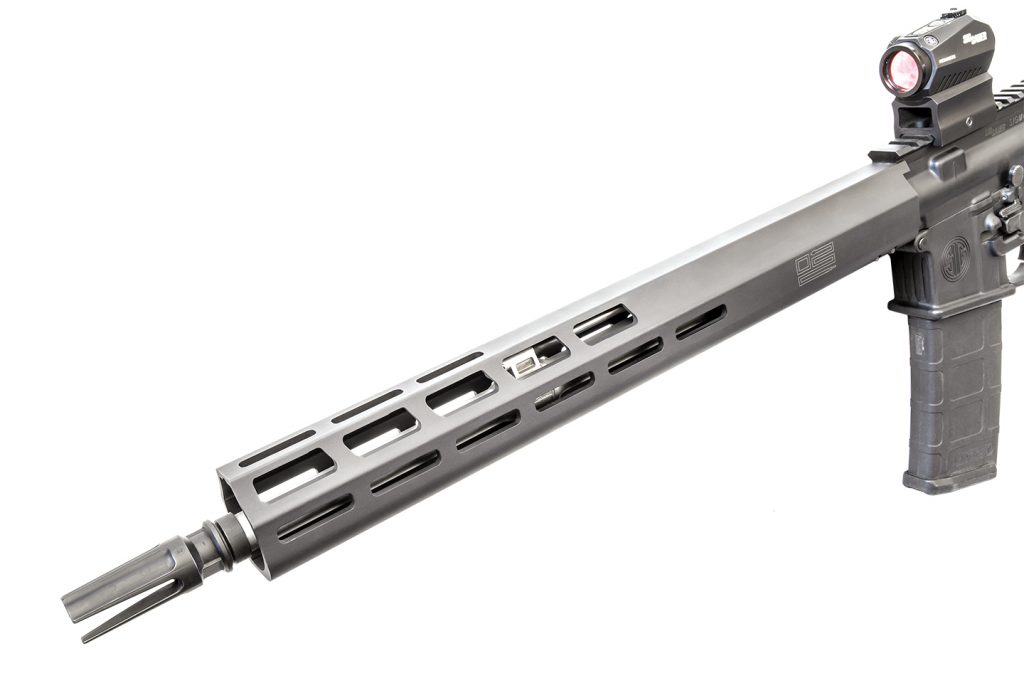 At the range, the trigger on the TREAD broke at around seven pounds, depending on where I placed the gauge. It felt like, well, a crisp but heavy single-stage trigger. Trigger anomalies aside, the Sig M400 TREAD shot well throughout testing, in some cases very well. Reliability was 100% with five different types of ammo from 55 to 77 grains. Functionally, everything worked without a hiccup, with the ambidextrous controls being a huge boon. Recoil was light thanks to the mid-length gas system. It turns out that the TREAD likes mid-weight bullets, in this case the Hornady TAP 60-gr. Urban round with a synthetic tip, turning my best 50-yard group at 0.75”. With a magnifying optic and a lighter trigger, it would almost certainly be even better. Whatever you feed or mount on it, the TREAD is definitely up for the task of any carbine work. What’s the price? $879.99. That’s extremely reasonable and competitive for an AR with these features, no matter which side of the market you are on.  Contact Sig Sauer; Tel.: (603) 610-3000; Web: www.sigsauer.com — Guy Coursey