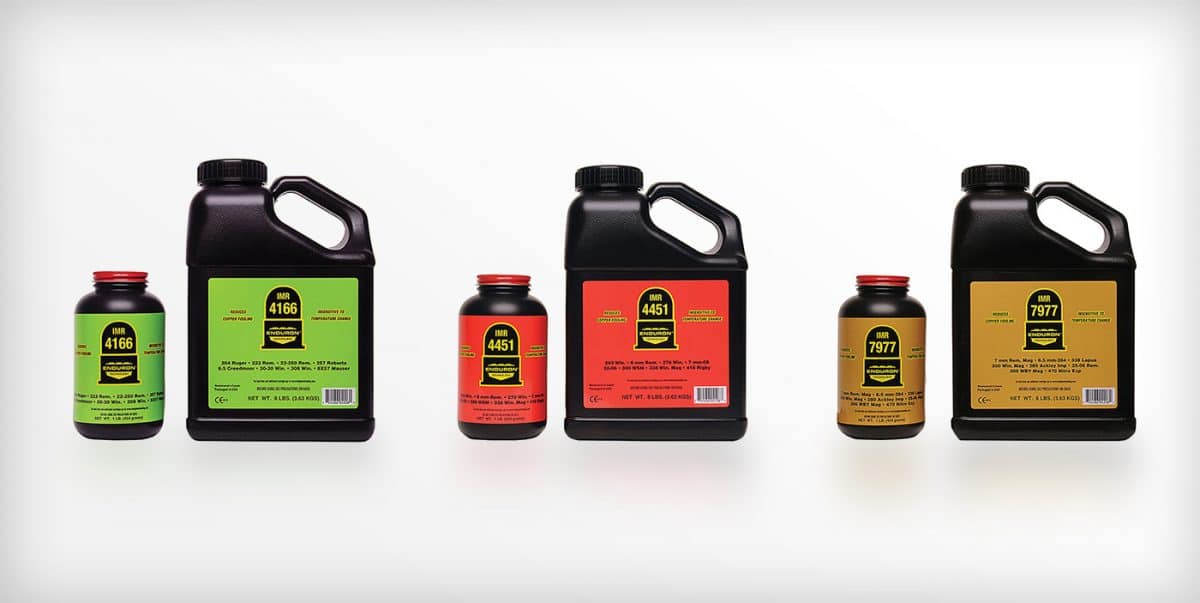 The Hodgdon powder company is world renowned for introducing revolutionary technology to the reloader. Past breakthroughs have brought us the extreme extruded line that gives consistent performance regardless of ambient temperature, and more recently they have brought us CFE technology that deters and reduces copper fouling. Naturally the next step was to combine the two for a new line of powders. 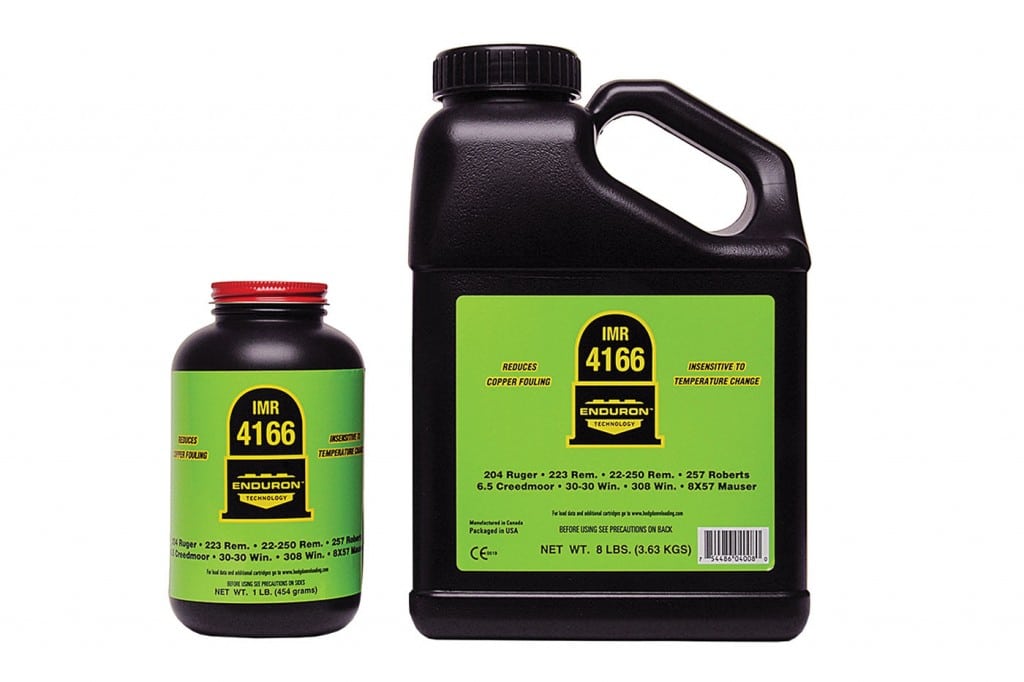 At the 2015 Shot Show they did just that and released the IMR Enduron Line.  These short-grain, extruded powders will deliver temperature insensitive quality while keeping copper residue to a minimum. When I approached Chris Hodgdon with the question “Does it stop copper from fouling or remove it with each shot?” with a smirk he responded “It’s a proprietary formula”. Being one of the easiest people in the industry to talk to, a secret this guarded certainly sparked my curiosity, so I made sure to order a test sample. 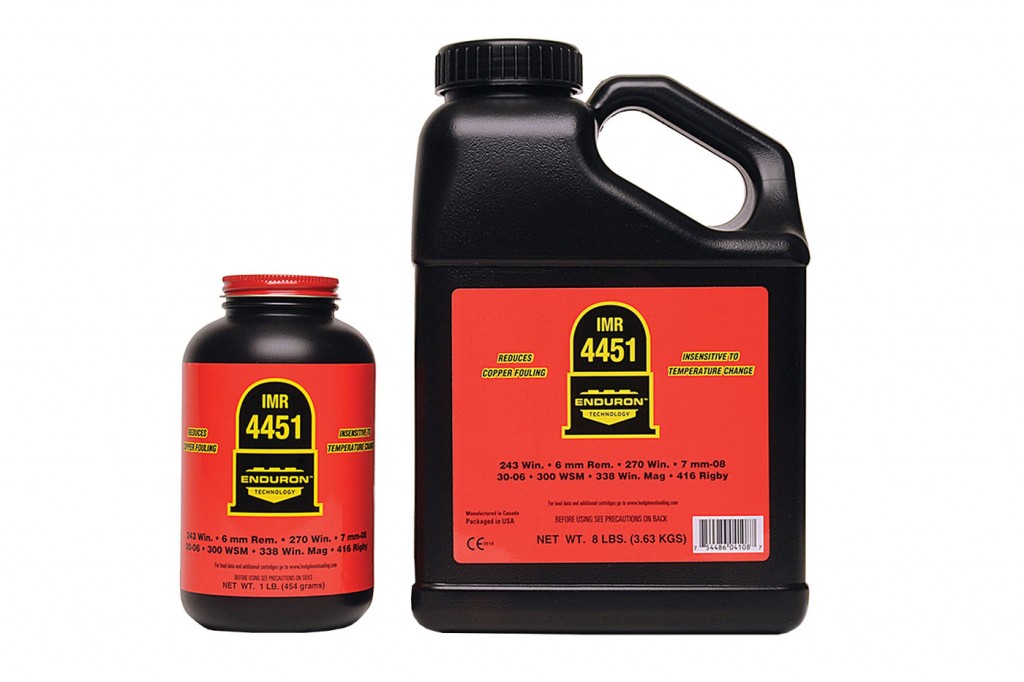 Choosing 4166, I decided to use it in place of my usual choice of Varget in a known accurate cartridge and rifle combination. The components in question make up my service rifle load in .223 and they are Hornady’s 55 grain V-max bullet seated into a Lake City brass case at an OAL of 2.270” and ignited with a Wolf Small Rifle Primer. Fired from My Rock River Arms National Match upper, these rounds consistently fetch accuracy in the .75 to 1.25 MOA area.

Load data for the new IMR 4166 was taken from Hodgdon’s 2015 Annual reloading manual, and in increments of .3 grains or less, loads were worked up from 24.0 through 25.1 grains of IMR 4166. The manual allows for stiffer charges, but at 25.1 the load begins to compress. The responsible reloader always errs on the side of caution, so I decided to stop there.  Being a short-grain extruded powder it can be dumped from a powder measure; however I always opt to use a dispenser like the Hornady Auto charge.

Testing consisted of a single 5-shot group of each incrementmental charge weight just to get a rough feel for the potential of this powder. The rifle was placed on the 50 yard line and supported both fore and aft by sandbags. A Meopta MeoStar 1.7–10x riflescope was mounted to ensure an optimum sight picture. The illuminated reticle made it very easy to see on the black target, and honestly was the first time I have ever had used the feature (now it may be hard to go back). 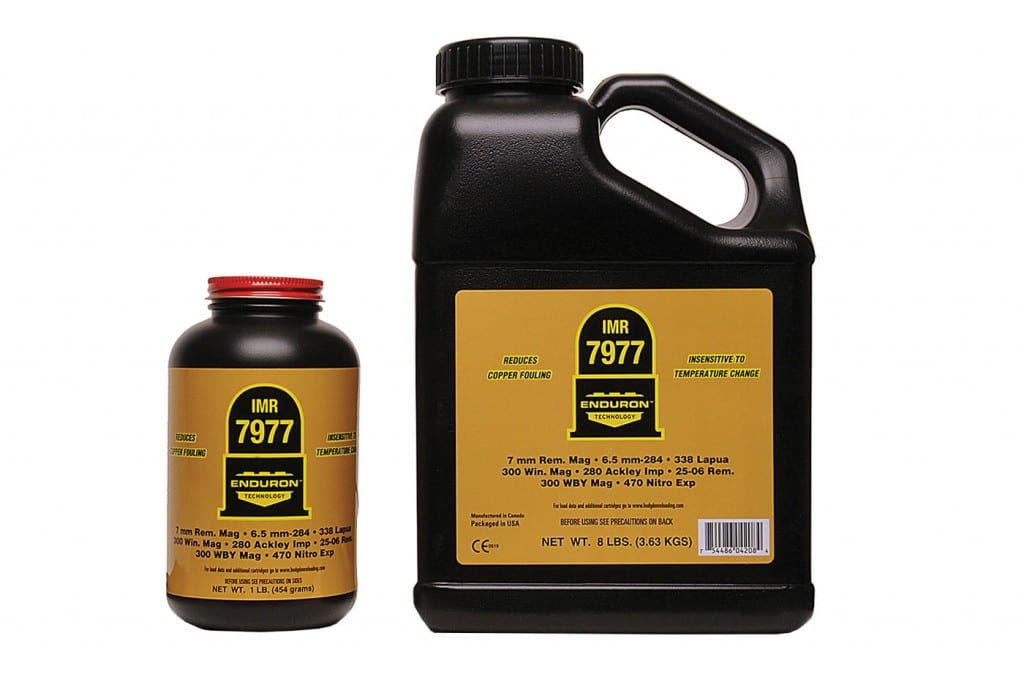 Moving on, the individual loads were fired and the barrel was allowed to cool between each group. The accuracy results were almost identical to those of Varget, with my best group coming in at 1.05 MOA from a 24.6-grain charge of 4166—not bad for an initial round of load development.

Taking the rifle back to the workbench for a cleanup proved the claim—it had virtually no copper fouling, as proven by the absence of a blue hue in the exiting patch soaked in Sweets 7.62 bore solvent.

Final diagnosis: This powder is certainly a winner in the accuracy field, and if the cleanup continues to be this simple it is sure to find a home on my reloading bench. Grab some at your nearest dealer, or for more information, contact IMR Powder Company; Tel.: (913) 362-9455; E-mail: [email protected]; Web: www.imrpowder.com

(Disclaimer: The loads described above were safe for this rifle, on this particular day. As with all load development, reference a credible reloading manual, then start at the minimum and work up in small increments.)