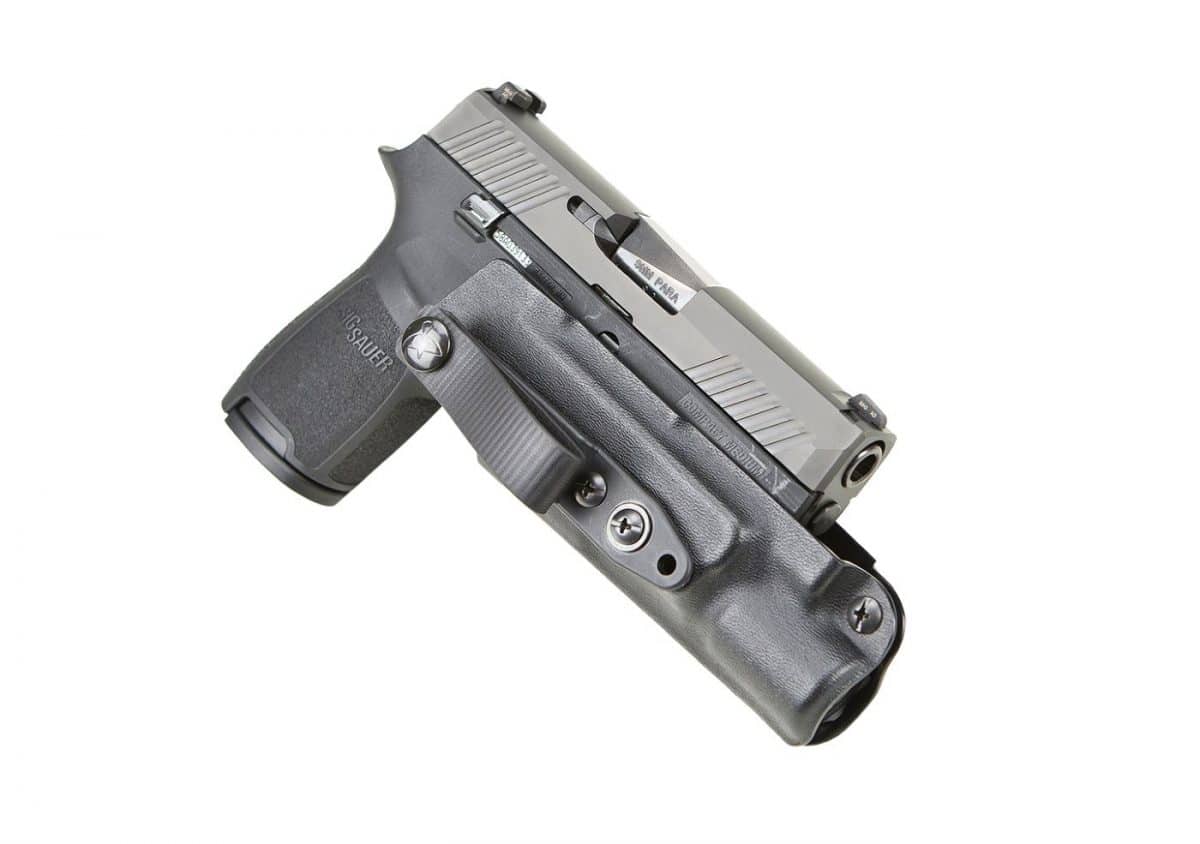 Not taking into account my unused holster drawer, my active holster drawer—filled with holsters for various guns, with and without weaponlight’s attached—is unruly and overflowing. I’ve recently cleaned up my holster act, however, thanks to the new Raven Concealment VanGuard 3 (VG3) inside the waistband holster, released earlier in 2016. The VG3 has now become the single-most-used holster in my holster arsenal, due to its unique ability to mount to and create retention on the weaponlight itself and not the gun. With applications for either the Surefire X300U or Streamlight TLR-1, the VG3 makes the host weapon completely irrelevant…just as long as you own one of the requsite lights and a pistol with an accessory rail, you have a carry rig.

The holster incorporates an elongated trigger guard so that most guns will have complete trigger protection, which—for reasons we don’t need to elaborate on—is important with appendix carry. It can be purchased with either an over belt clip or soft loop—both of which guarantee a firm grip on your belt.

At a retail value of $54.99, the fact that the VG3 saves you hundreds of dollars in dedicated holsters by creating the ability to run a light on any gun while using a single holster makes it a clear-cut choice for an Editors’ Choice Award. Check out the VG3 at your nearest dealer, or purchase directly from Raven Concealment at http://rcsgear.com/.