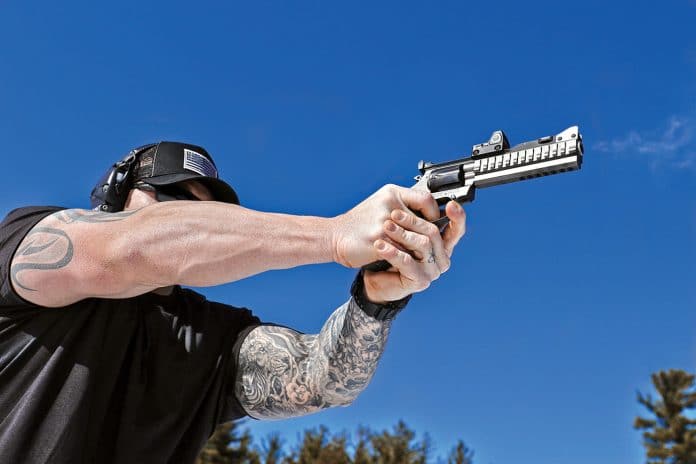 “Super Sport.” To Americans of my generation, the term harkens back to the very top-of-the-line Chevrolet Impala with a monster engine and Cadillac-like passenger compartment. The convertible version, with all possible accessories, would have cost around $3,199 in 1966, the year I graduated from high school. If you customized it for racing back then, it would have gone way over $5,000. 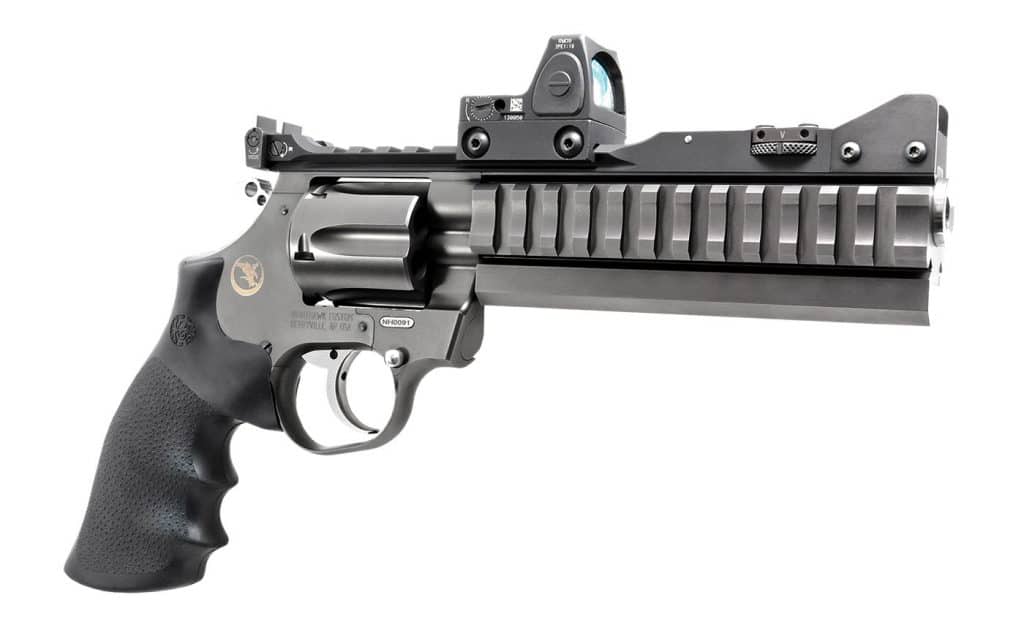 I say that for a reason. In this issue we test another “Super Sport,” the competition model Nighthawk/Korth revolver, which comes “race ready” from Nighthawk Custom in Berryville, Arkansas at a manufacturer’s suggested retail price of $4,799. It’s high speed, low drag, built for certain types of “gun racing” competition, hunting and target-shooting—and, yes, it’s a “convertible.” You can swap it from 9mm Luger to .38 Special/.357 Magnum and back again. Additional cylinders cost a thousand dollars apiece.

Convertible features, in common with race-readiness when you “drive it off the showroom floor to the race,” tend to be expensive.

Korth, a German manufacturer, has for many years made a super high-quality, high-priced, double-action revolver. Nighthawk Custom in Berryville, Arkansas has for somewhat fewer years earned an excellent reputation for manufacturing top-tier, 1911-style semiautomatic pistols. Korth’s reputation is for superb hand-crafted quality and precision accuracy. So, not surprisingly, is Nighthawk’s, and the two companies were a natural fit. When Shawn Armstrong was head of research and development at Nighthawk, and the company determined that there was a small but solid niche for extremely high quality revolvers, the Nighthawk folks went to Germany to visit the Korth folks and debrief their engineers and review their manufacturing procedures. Each company liked what they saw; a bond was formed; and the result was the Nighthawk/Korth revolver line, at the top of which sits the Super Sport.

Picture a revolver the size and general configuration of an L-frame Smith & Wesson, with a monster-size heavy barrel that has accessory rails along both sides of the barrel and along the top and the frame, with a set-screw configured underlug. That underlug can be removed to make the gun lighter, or one could add additional weights underneath. It seems to this writer that additional weights would be superfluous, though; on my scale, the unloaded Nighthawk/Korth Super Sport weighs a hefty 55 ounces unloaded. That weight includes a humongous adjustable rear sight, and a front sight with set screws which allows multiple sight elevations for precision shooting at the distances of the shooter’s choice.

In the past, Korth revolvers have been distinguished by a glossy, polished blue finish that rivaled the Bright Blue of the top-of-the-line Smith & Wessons in their heyday, or the Royal Blue of the long-since-discontinued Colt Python. Built for performance over looks, the Super Sport still has a very smooth finish, but now it’s a workmanlike matte blue. Fancy wood has adorned Korths past; this one has American Hogue rubber grips to cushion the proximal joints of the thumb and forefinger against recoil, and to provide non-slip traction; in testing, On Target found them to perform both of those functions well.