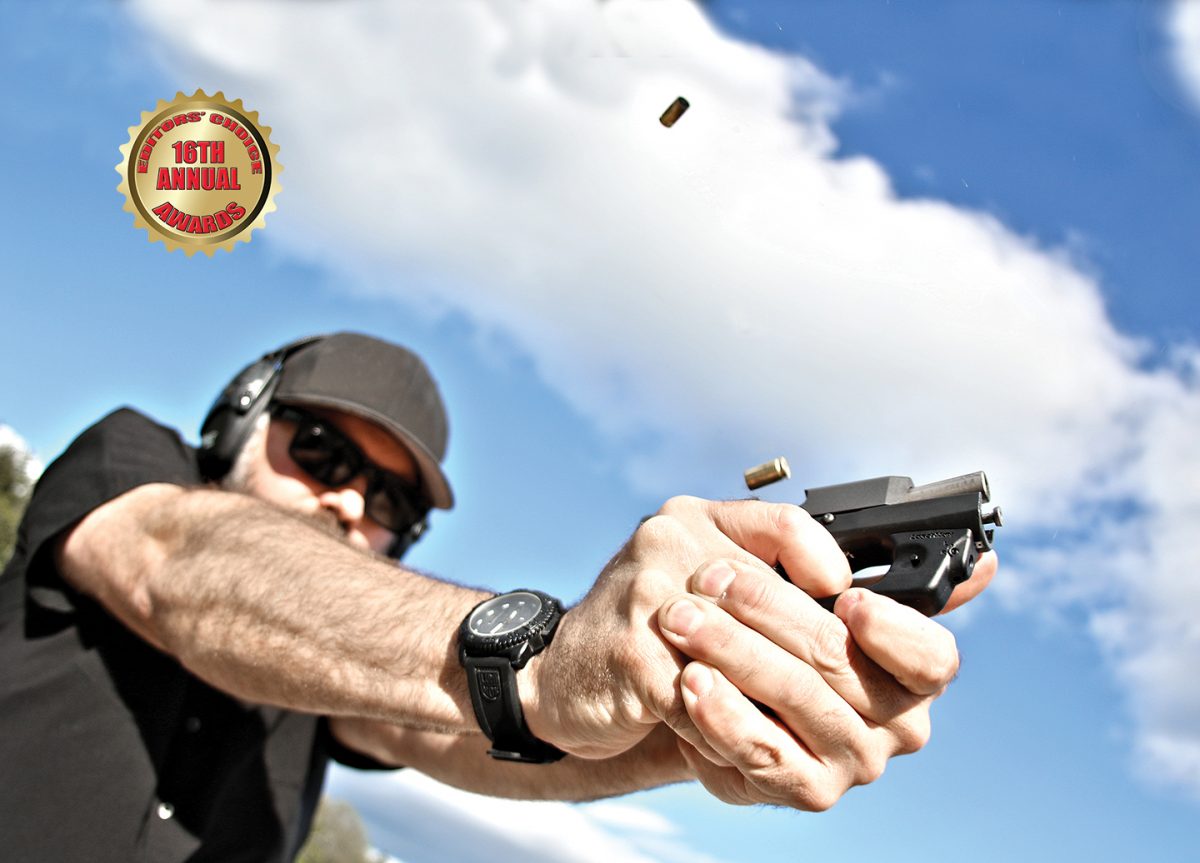 A solid carry package from Kahr, in one of their most affordable platforms 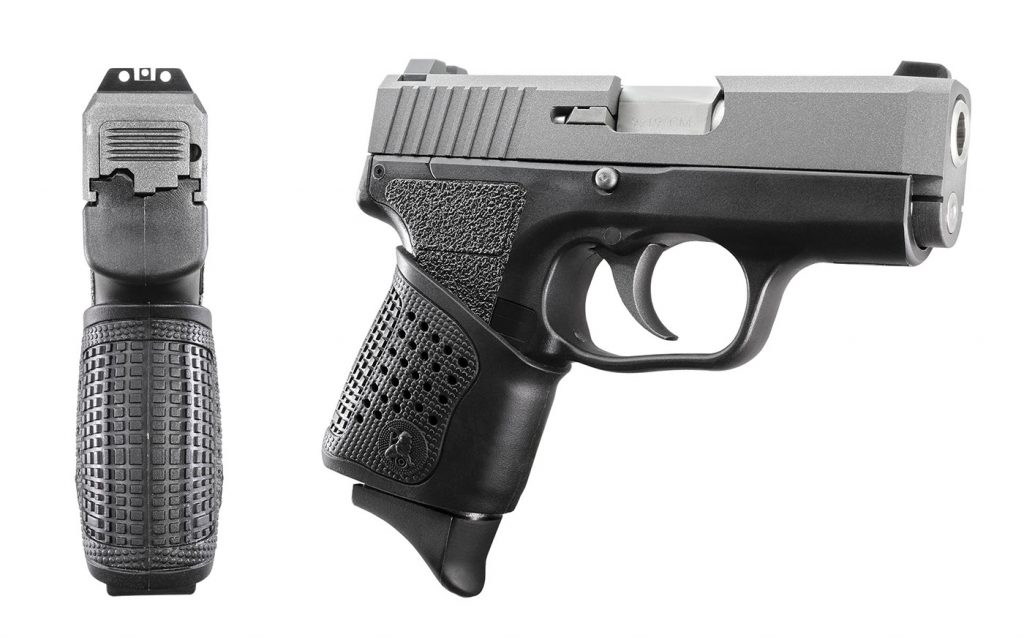 The story of Kahr Arms begins with one man and one gun. The man is Jason Moon, the founder of Kahr Arms, and the gun is the Kahr K9. And they’re both survivors: Moon remains the CEO of the expanded Kahr Firearms Group (Kahr Arms, Thompson/Auto-Ordnance and Magnum Research), and the K9 is still a mainstay in the extensive line of Kahr Arms auto-pistols.

The K9 may have been the first Kahr Arms pistol, but it certainly wasn’t the last. Today Kahr builds 109 different models and variations—all based on the K9—chambered in .380 Auto, 9mm Luger, .40S&W and .45 ACP with polymer or stainlees steel frames and a host of optional features. Like the K9, they are all single-stack designs noted for their slim frames and slides and carry friendly dimensions, and all are built at Kahr’s manufacturing plant in Worcester, Massachusetts

Turning to the Kahr CM9 Tungsten with Grip Glove—which represents our ideal combination of features—Massad Ayoob reviewed the original CM9 in our 2011 Annual Handguns Issue shortly after its introduction. The CM9 Tungsten with Grip Glove is the exact same pistol, with the addition of an attractive dark-silver Cerakote finish on the slide, slide stop and trigger, a Pachmayr Tactical Grip Glove and Pearce zero-round magazine finger extension that lets you get a full, 3-finger wrap around the grip frame.

Let’s see what Massad had to say about the original CM9 in 2011. “The CM9 is essentially the PM9 with production shortcuts. Those shortcuts include less “sculpting” of the slide, resulting in fewer machining operations and making it less expense to produce. A front sight pinned in place and secured with heated Loc-Tite replaces the laboriously dovetailed front sight found in the PM9 and other more upscale guns. Sights are fixed, white 3-dots. A few parts, notably the slide stop lever, are MIM (metal injection molded) instead of machined. To keep the price down to bare bones, only one 6-round magazine comes with the new CM9. The barrel features conventional cut rifling instead of polygonal rifling. Different lettering on the slide is also cheaper (and looks it, but what the hell, it’s meant to be carried concealed). The result is a price chop of $221. Manufacturer’s suggested retail on this new CM9 is $565.”

Six years later, the MSRP of the new CM9 Tungsten with Grip Glove is $499—with the Cerakote, Tactical Grip Glove and Pearce zero-round magazine finger extension upgrades. That’s what we call progress!