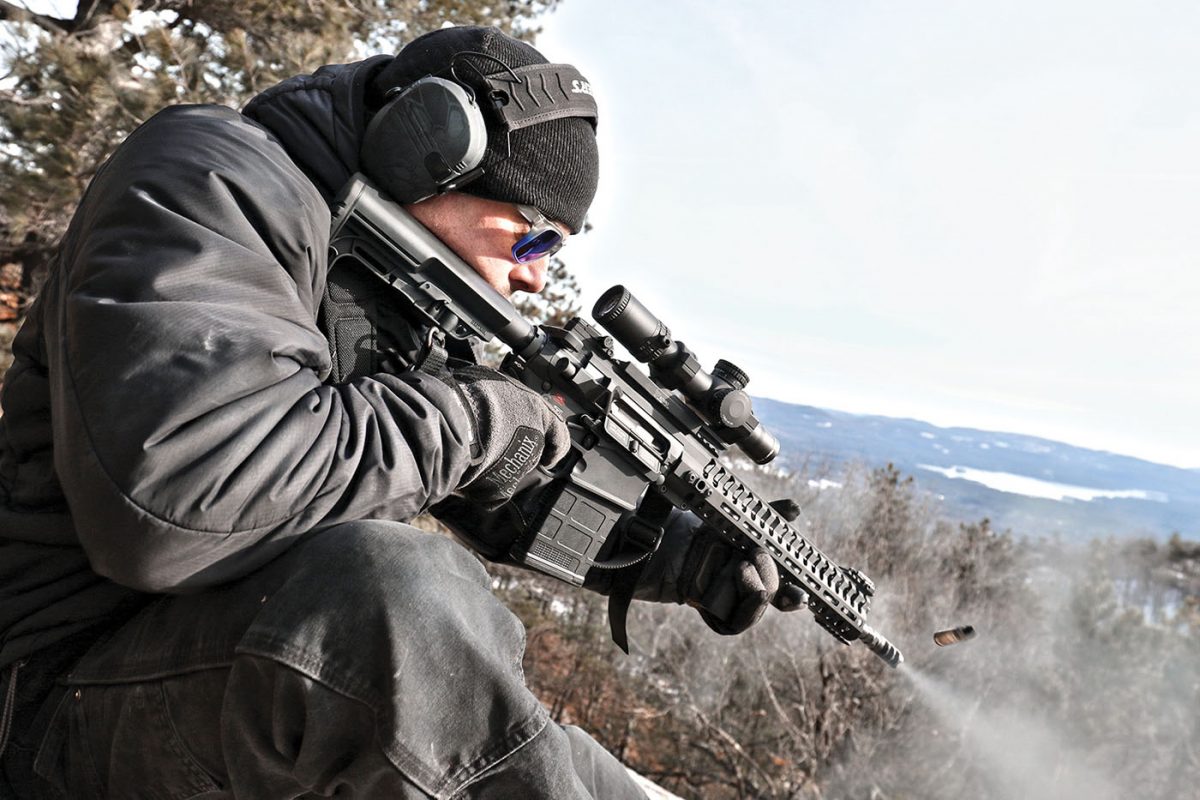 A revolutionary feat in “packaging” of the 7.62×51 NATO round 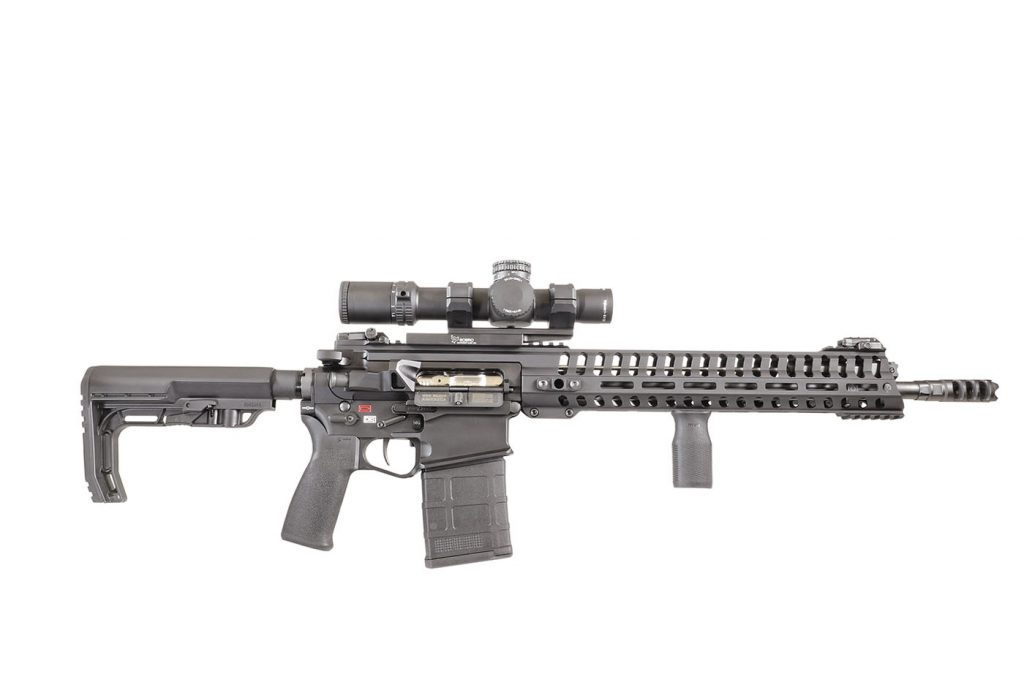 It’s tough to find a firearm that’s truly revolutionary these days. The current market in AR-15 and AR-10 type rifles has given us literally hundreds of offerings with direct-impingement, short-stroke and long stroke gas piston operating systems, in a dizzying variety of configurations. This is not a bad thing. Still—though various parts certainly have evolved—the AR hasn’t really been revolutionary compared with other rifle systems since the 1960s. Outside of the obvious non-AR outliers, such as the Tavor and the extremely capable FN SCAR system, ARs retain several things in common regardless of caliber or manufacturer, including many internal parts and trigger systems. One thing ARs generally do not vary from, regardless of caliber, is their overall size and weight.

This is due to something called physics, which is a type of science I know relatively little about despite the best efforts of some good schools to educate me, along with a fair amount of time around firearms. However, even I intuitively understand that bigger bullets typically demand bigger guns to fire them. A cursory comparison of the 7.62 NATO battle rifle round versus the 5.56 NATO carbine round demonstrates why this is so: a much larger bullet (typically three times heavier), carried in a much bigger case, fired at considerably higher pressures than its smaller counterpart. Therefore, bigger rounds require bigger, more robust chambers, bolts, bolt-carrier groups and other parts to deal with the higher pressures, mechanical issues and the heavier recoil that comes with them. These facts, like gravity, are tough things to get around.

For the last 10 years or so many have been trying in earnest to get a .30 caliber round into a standard AR-sized package in valiant attempts to get a harder hitting AR without giving up too many of its more desirable qualities. In nearly all cases this meant creating new carbine rounds, notably the 6.8 SPC, 6.5 Grendel and .300 Blackout, that would fit into a typical AR magazine while functioning reliably in an AR of normal dimensions. Most of these efforts have been successful, but they are still filling something of a niche for special operators, LEO SWAT teams and those law-abiding citizens who just want to use ARs for better terminal performance. That is, until now. This is because Patriot Ordnance Factory (POF) has managed to put a full-sized 7.62×51 NATO rifle round into an AR-15 sized package, without sacrificing anything one would expect from a standard AR. It’s both intriguing and revolutionary, so read on.

Patriot Ordnance Factory (POF), has been producing some of the higher quality, more innovative ARs out there for well over 10 years, in both 5.56 and 7.62 NATO, along with 6.5 Creedmoor and 300 Win. Mag. These include the Renegade, P415, and P308 Edge rifles in both short stroke gas piston and direct-impingement operating systems. In keeping with POFs overarching patriotic theme, the appropriately named Revolution takes the very many factory custom features of these outstanding platforms and combines them into something new. The heart of the system is built around two main parts—the bolt carrier group and an enhanced barrel nut. The Revolution’s bolt-carrier group is virtually the same size as that found in a 5.56 AR-15.