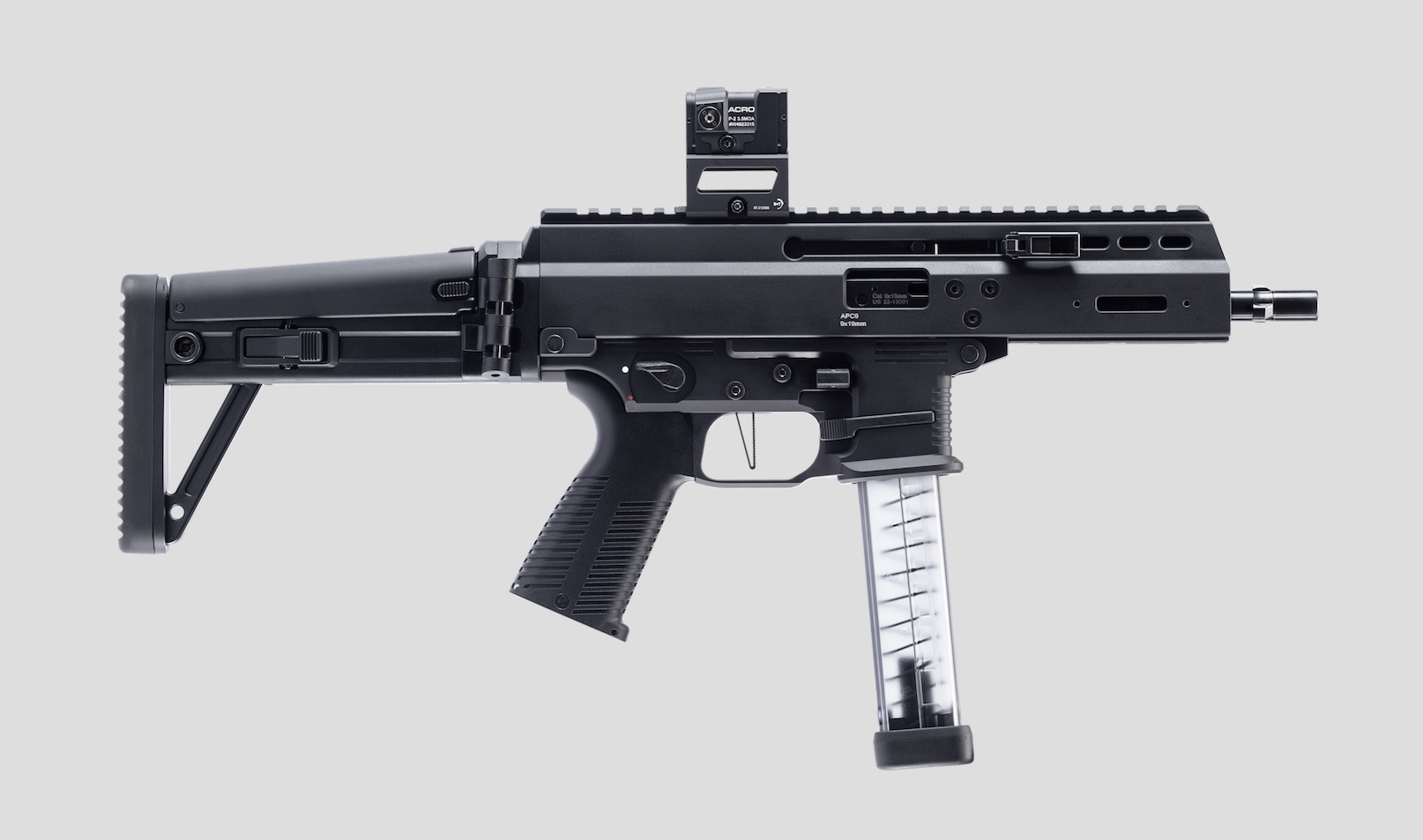 Tampa, FL (November 10, 2022) – B&T USA is excited to announce it has released two all-new Limited Series platforms based upon the popular APC9 PRO submachine gun. These Limited models will be available in short-barreled rifle (SBR) configurations and feature a newly developed MBT folding and telescoping stock, a fully ambidextrous aluminum lower receiver with a flared magazine well and recontoured M-LOK compatible forends. The Limited Series consist of a 6.9-inch barrel model and a longer 8.9-inch variant; both feature tri-lug attachment systems compatible with B&T’s line of RBS9 tri-lug suppressors, and others featuring this attachment system. 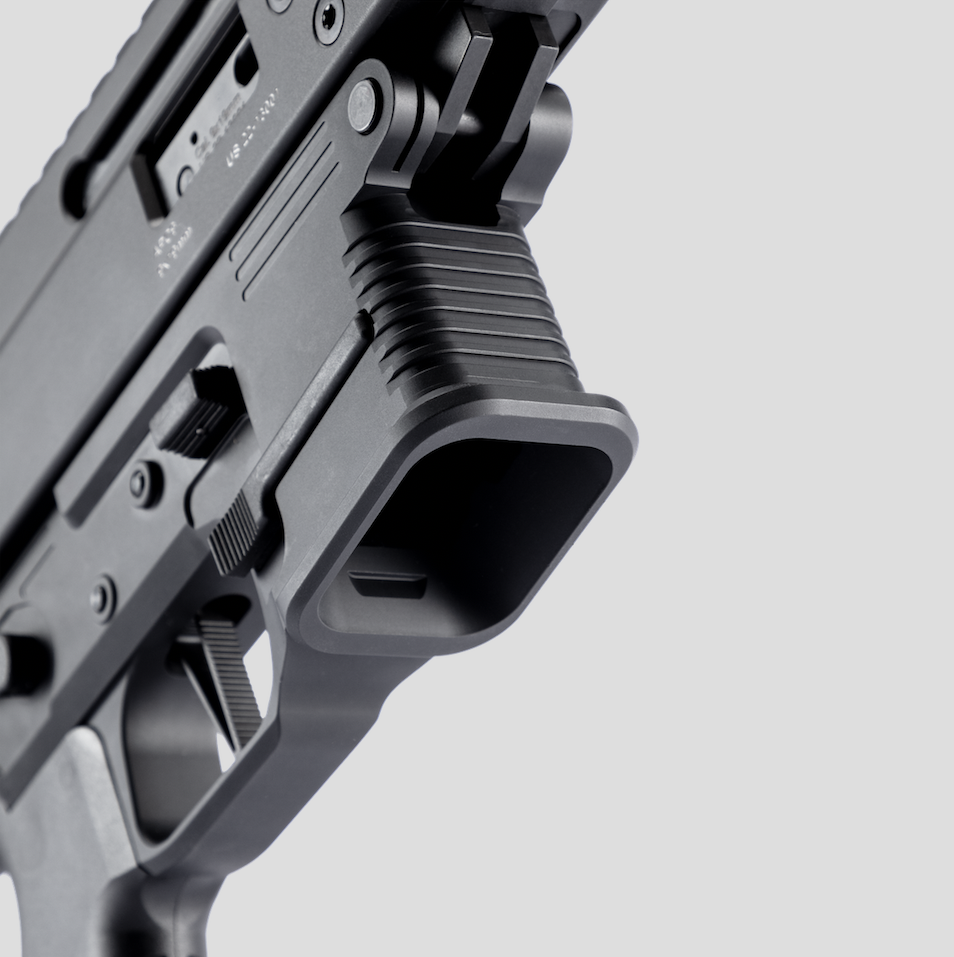 “The heart of the new APC9 Limited guns is our new fully ambidextrous aluminum lower receiver featuring a highly functional flared magazine well similar in size and shape to our popular jet-funnel accessory yet formed directly into the receiver” said Chris Mudgett Vice President of Marketing, B&T USA. “We hit the sweet spot with the 8.9-inch variant with its longer slick forend and MBT stock; this combination makes for an extremely fast-handling, lightweight, ergonomic platform whose fit can be so dialed in, it feels like a natural extension.” 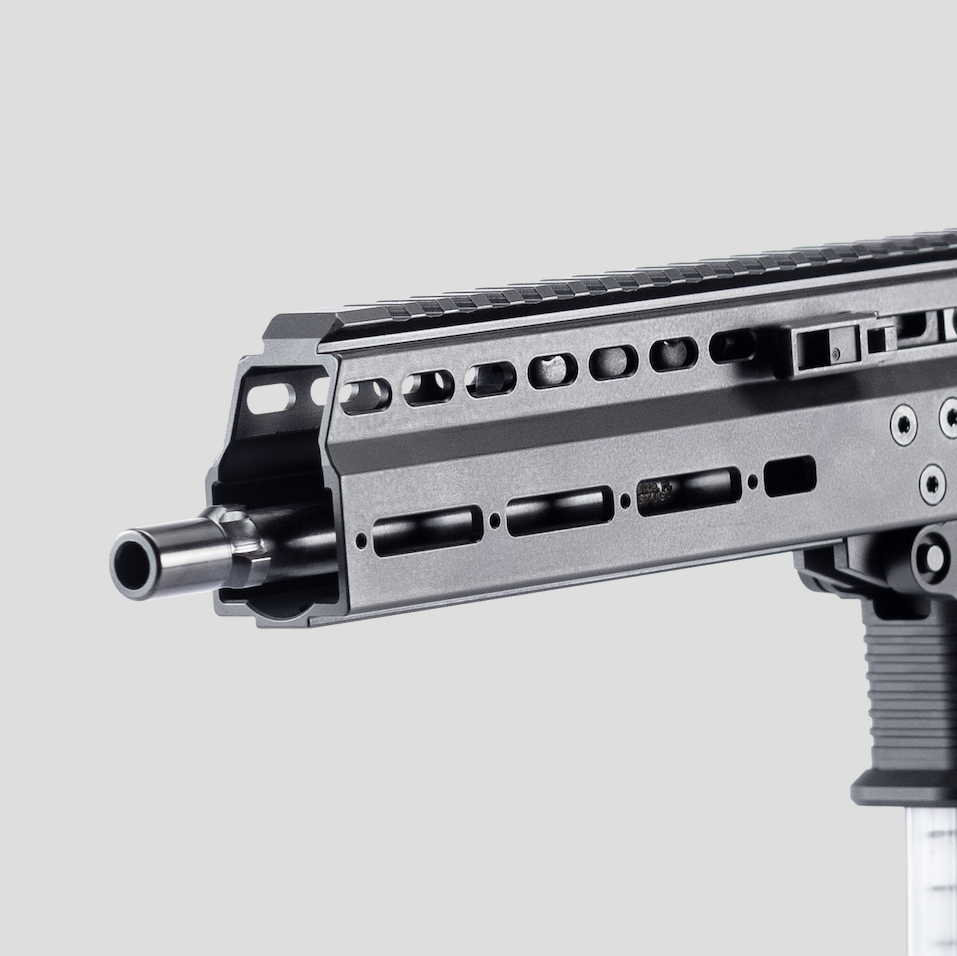 In addition to the new aluminum receiver set, M-LOK accessory slots are positioned at 3, 6, and 9 o’clock, an all-new folding telescopic MDT stock assembly with three-position adjustable cheek riser and eight length of pull settings offers the ultimate in functionality and dialed in ergonomics for shooters of all shapes, sizes, and preferences. A pair of QD sling cups adorn either side of the stock, while a rubberized buttstock offers a secure, yet comfortable purchase. A flat faced Elftmann Tactical trigger system round out these premium variants of our very popular APC9 that are being offered in finite quantities.

About the APC9 PRO 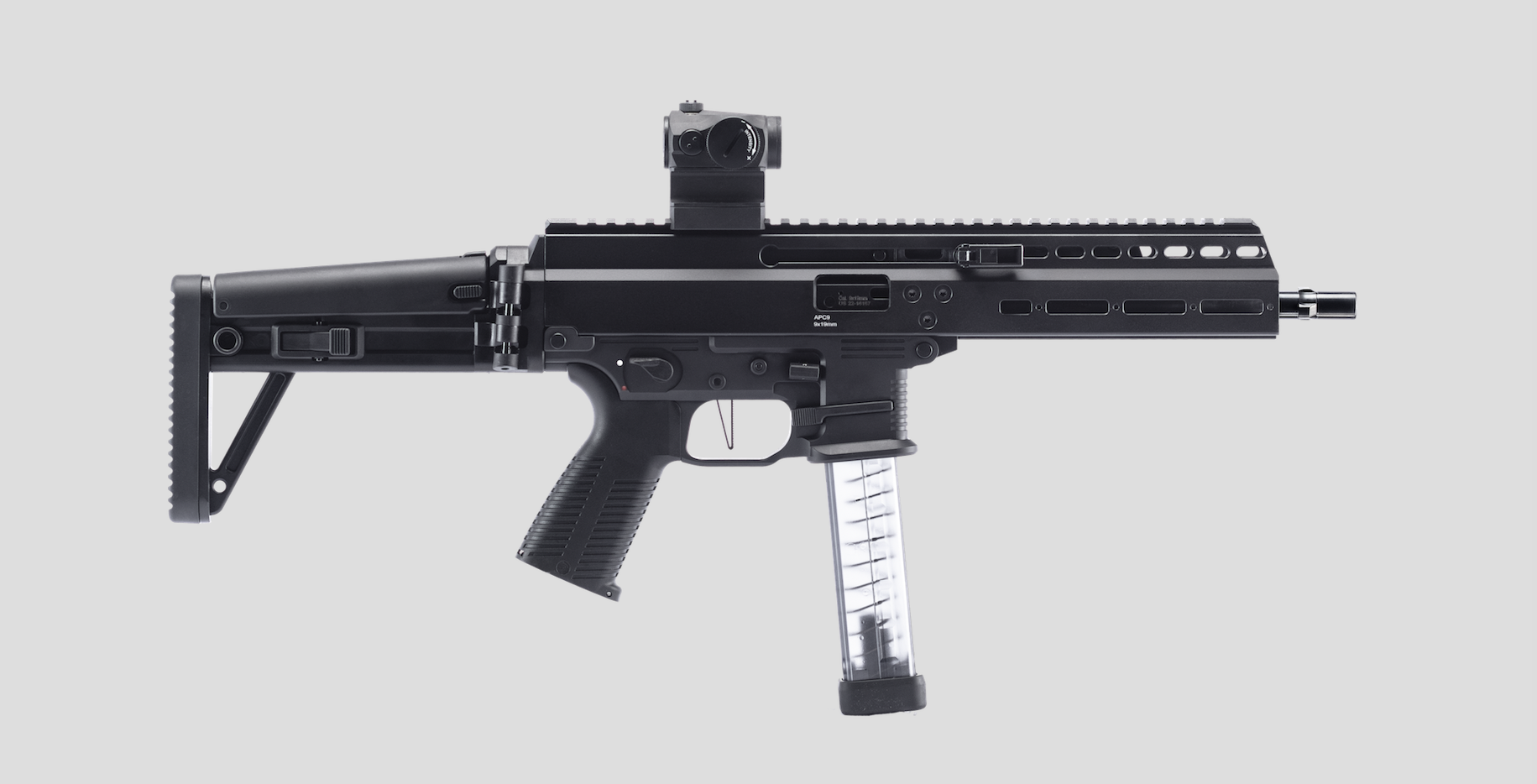 B&T USA, a Florida-based firearms, suppressor and accessories manufacturer operating under license of B&T AG SWITZERLAND, which was founded in 1991 as a designer and manufacturer of the industry’s most advanced suppressors. Under the leadership of Karl Brügger, B&T AG has evolved into a world leader in the design, manufacture, and sale of the most technologically advanced, high-performance weapons systems in the world. From the comprehensive APC (Advanced Police Carbine) line, recently adopted by the United States Army, to the new 9mm USW® (Universal Service Weapon) and USW conversion kits; B&T weapon systems are used globally by police, Special Forces, and elite military units. For more information on B&T USA, visit: www.bt-usa.com