The new X-Series AR-15 rifles from Rock River Arms—introduced at the SHOT Show in January—follow the current trend in the industry to offer jazzed up ARs at prices that are well below what it would cost the consumer to buy a basic rifle and jazz it up himself. It makes a lot of sense when you think about it. The manufacturer can buy or produce the upgraded components and accessories in bulk much more economically than the consumer can acquire them one at a time, and the manufacturer saves the cost of the entry-level components that would otherwise be included with the rifle. If you like the manufacturer’s choice of upgrades, you’re all set, and in the case of the new X-Series rifles we think you will.

You may have noticed that we’re using the word “rifle” instead of “carbine.” That’s because all X-Series ARs come with 18-inch, heavy-profile, fluted stainless steel barrels with 3-inch long threaded muzzle brakes. X-Series rifles are offered in four popular chamberings—5.56 NATO, 6.8 SPC II, 7.62 NATO and .458 SOCOM—and two standard color schemes—all black, or with black receivers and flat dark earth furniture and handguard. The black guns come with RRA Beast muzzle brakes, while the FDE guns are fitted with RRA Hunter muzzle brakes. The choice of RRA Operator A2 fixed stock, or RRA Operator CAR 6-position collapsible stock, is a no-cost option in either color. 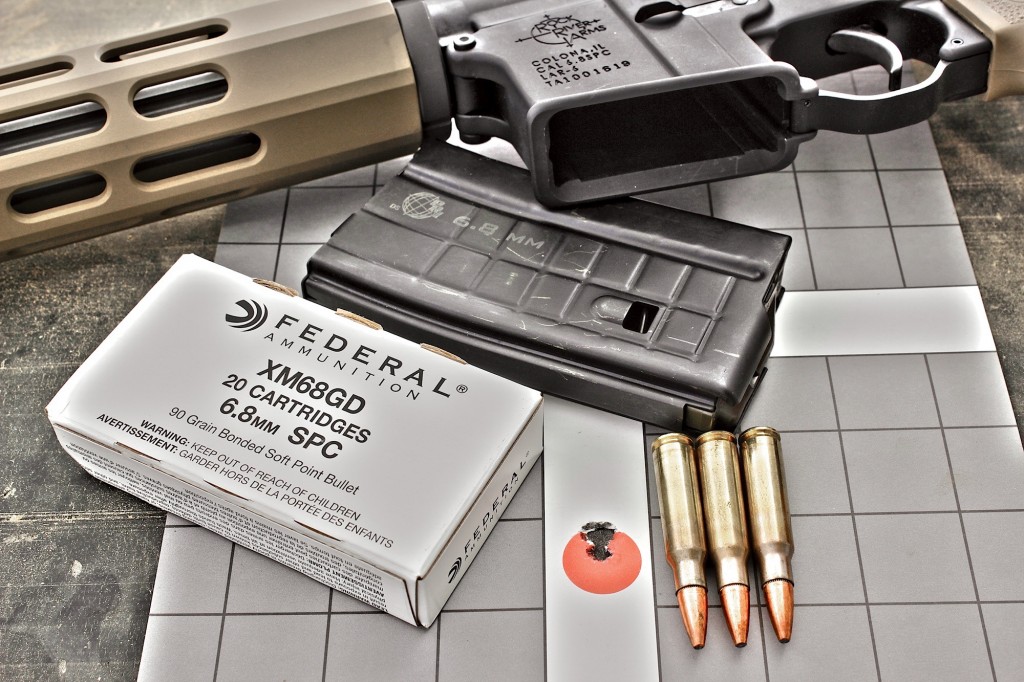 Our evaluation rifle was the LAR-6.8 X-1 in 6.8 SPC II with FDE furniture and handguard, Operator CAR Stock 6-position collapsible stock and Hunter muzzle brake. The forged A4 upper and lower receivers are standard Rock River fare, which is to say, pretty much Mil-Spec but of excellent quality. Upper-to-lower receiver fit was rock solid, with virtually no detectable movement. The rifle is powered by a mid-length gas system with low-profile gas block, which, along with the gas tube is completely concealed under the full-length (15 inch) handguard. Controls—which are found in their usual places—consist of a Mil-Spec charging handle, forward assist, bolt release and magazine release, plus Rock River’s proprietary star safety selector and simply outstanding 2-stage trigger. The lower receiver’s mag well is aggressively flared, and the rifle comes with one PRI 15-round magazine. There are plenty of horror stories out there about 6.8 SPC magazines, but the PRI is one of the best, with its internal geometry and follower being specifically designed for the 6.8 SPC cartridge. The trigger guard is enlarged to accommodate a gloved trigger finger And then there’s that sweet trigger. 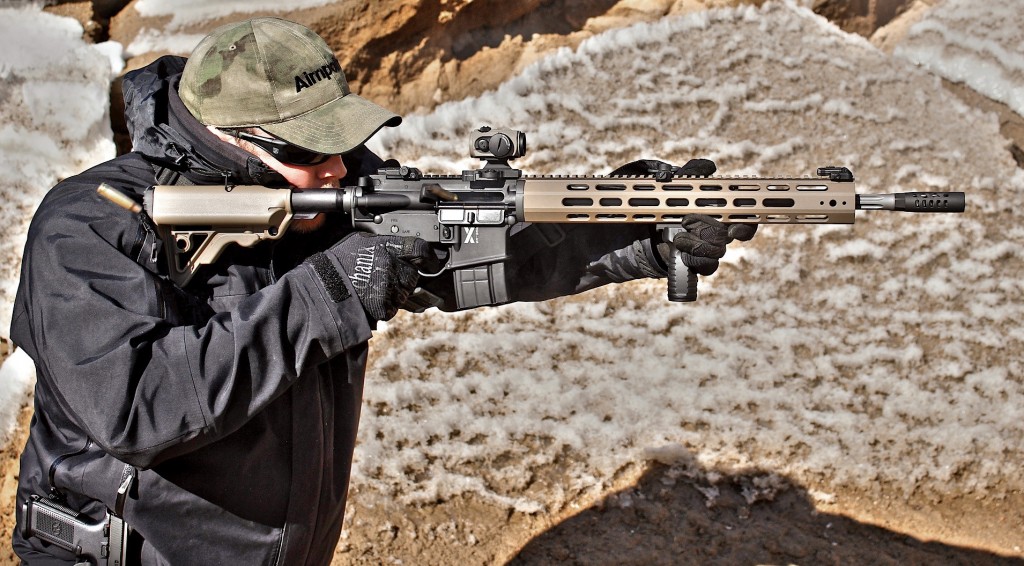 You’ll never achieve your full precision potential—or that of the rifle—if it comes with a creepy, gritty, stacky, piece-of-crap Mil-Spec trigger. Of all the good reasons to buy a Rock River AR, their in-house-designed, 2-stage trigger occupies the top spot on my list, and every Rock River AR—from least to most expensive—is fitted with this excellent trigger. The first stage, which consists of 1/8 inch of rearward travel at an average pull weight of 1.5 pounds, ends at the hard wall of the second stage. With the application of an additional 2.0 pounds of pressure, the sear breaks without any perceptible trigger movement. No creep, no grit, no stacking. Just a very nice, very consistent trigger with an honest 3.5-pound pull weight. 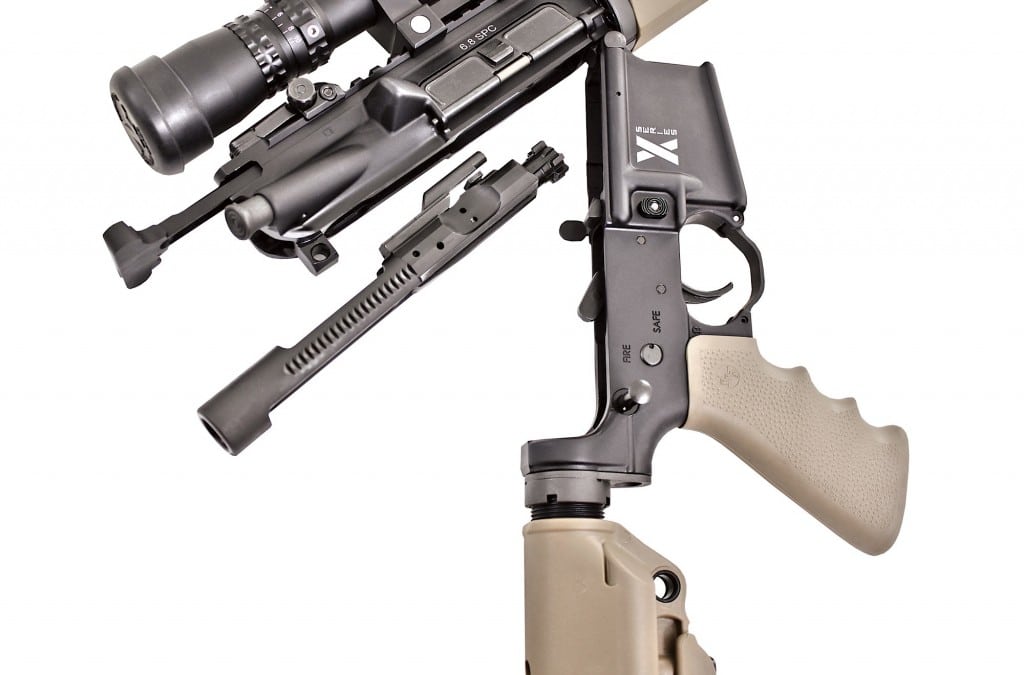