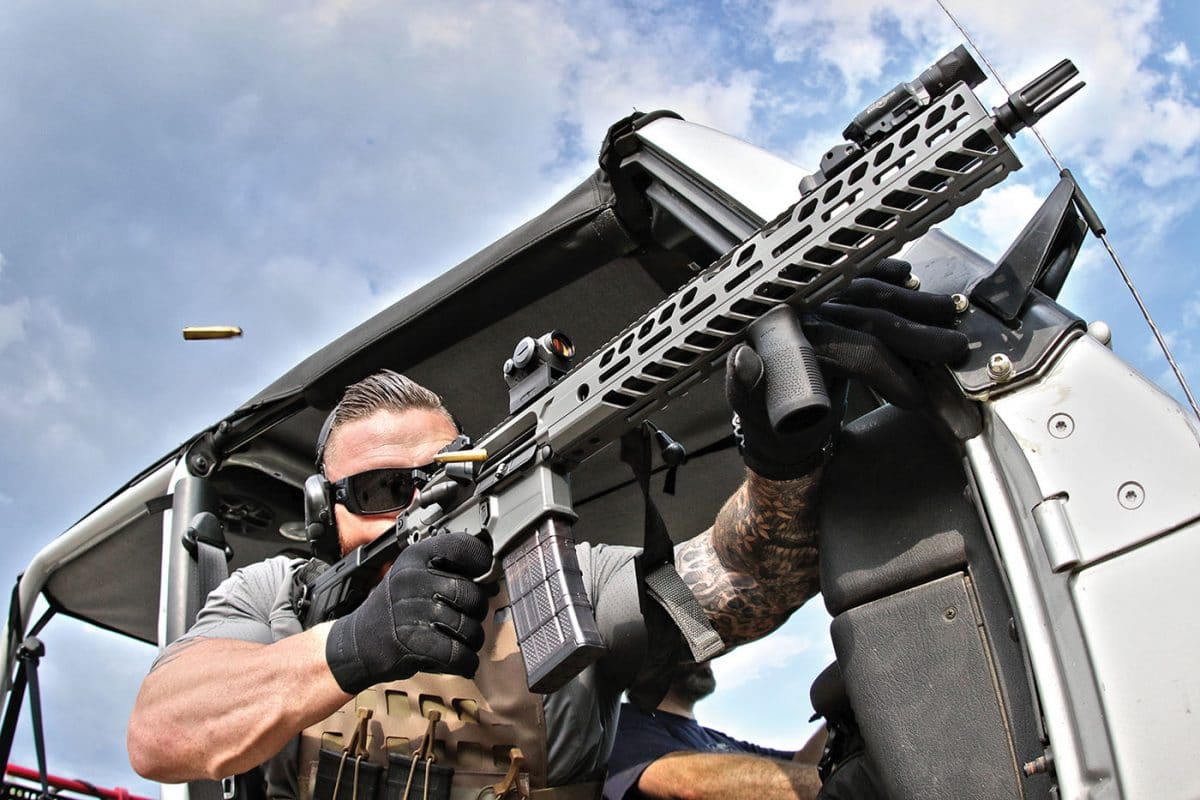 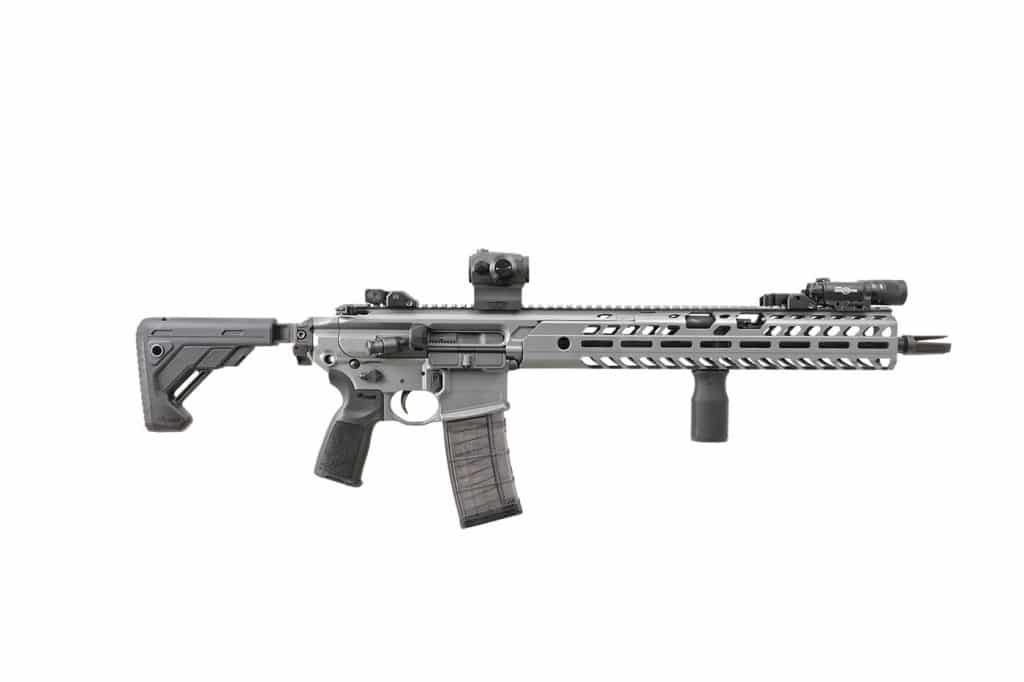 In a world where some groups of people can have anything they want, its fairly easy to tell what the high quality stuff is from their choices. When it comes to quality carbines for gun fighting, there is no shortage of good choices available to consumers, civilian and military. So when three different Tier 1 special operations units from two different countries choose to carry the same tactical carbine, that sort of says something. The carbine these professionals choose to carry is the Sig MCX. The MCX was designed from the ground up with direct input by those who routinely do bad things to bad people, in order to provide all the qualities someone who fights with a gun for a living may desire. But, as with most items, even the MCX can be improved upon. Now it has been, as Sig Sauer recently introduced the Sig Virtus, which in ancient Rome meant virtue, bravery and excellence. The Virtus takes the original MCX to a whole new level. I had previously seen a prototype during a recent visit to Sig Sauer’s uber-modern production facility in New Hampshire, but was sworn to strict secrecy. As one of the lucky few to get an early copy of the Virtus I am finally ready to share my experience, and it’s a good one.

For those unfamiliar with the MCX platform, it is important to understand the concept of modular, or able to take on many configurations easily. Yes, your typical AR is modular, to a degree. You can hang a lot of stuff on it, change out the upper or control surfaces pretty easily to create, almost, a new gun. But you can’t change the barrel and related parts without some significant armorer effort, the stock doesn’t fold, and you can’t usually switch between calibers. With the MCX you can do all these things, using basic tools and minimal effort.

The MCX utilizes a carbine length gas system, unique dual-recoil spring short-stroke piston operating system that works reliably suppressed or unsuppressed with SBR or longer barrels. Available in 5.56mm and 300 BLK, the MCX is configurable in multiple barrel lengths, including 9.0, 11.5, and 16 inches that can be easily changed by anyone via simply removing two torx screws. Along with eight different hand guard lengths, Sig Sauer claims the new MCX Virtus will have over 500 (!) different configurations available, making it the most modular, adaptable platform out there. It is also robust, accurate and easy to handle, just like its predecessor. The new Sig Virtus is very similar to its older brother, with some notable upgrades. First, the skeletal handguard is much like the older one, but utilizes an MLOK system vs. a keymod one. It is unique in that it is shaped in the manner of a rectangle with rounded off corners, with MLOK rail cutouts at 3, 6 and 9 o’clock. A Picatinny rail runs across the top to join with the upper receiver, with enlarged slots along the sides for adjusting the two-position gas piston, and QD points on either side of the rear end. The free-floating, CHF barrel has a heavier contour than the original, and is topped with a three-prong flash hider.

Next, the Virtus now sports a two-stage, Sig Duo trigger, which addresses one of the more significant concerns with its predecessor. The Matchlite Duo is supposed to break crisply at 4.5-6 pounds, but mine averaged an even better 4.25. The upper and lower receivers are forged aluminum, with two integrated QD points on the aft end of the lower. The receivers and handguard are Duracoated in an attractive, durable stealth grey or tan finish. Play between the two receivers was virtually nil. Controls are all in the same places found on an AR, except in this case the safety selector and magazine release are both ambidextrous, as is the charging handle. The bolt catch also has an increased engagement surface for easier handling. The stock is the same version previously fielded as an upgrade to the thin wire stock on the original MCX. The improved model is a five-position, inch wide, wedge shaped affair with two QD points that runs on an I-beam about two-thirds of an inch thick. It can be easily folded to the left of the receiver, taking the OAL from 35.5 to 26.5 inches. While not exactly conventional, it is nevertheless effective, lock up is tight when extended, and makes carrying the rifle folded very easy. The stealth grey, 16-inch patrol version I received came in a hard case. No BUIS are provided, through a 30-round Lancer magazine is.