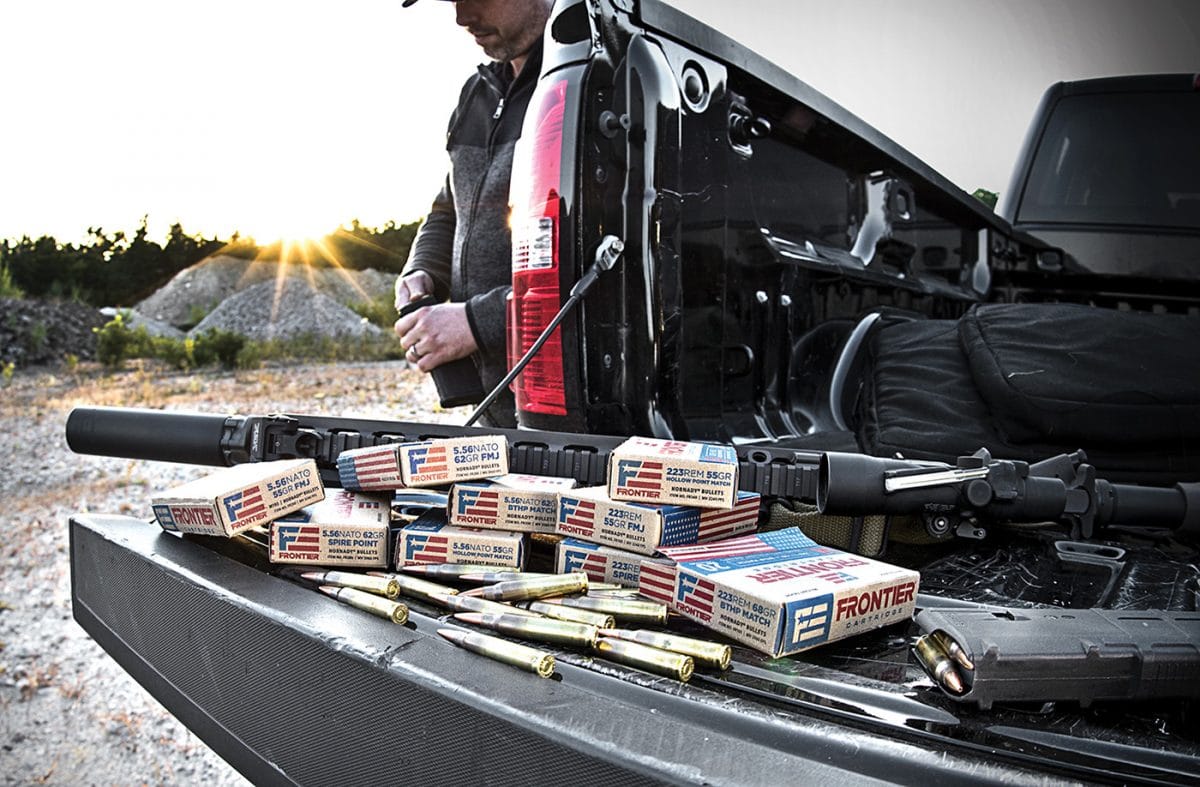 Photos by Ben Battles and Hornady

Economical AR ammo without the inconsistencies

Hornady has recently introduced (actually reintroduced the name at least) line of affordable center-fire rifle ammunition under the Frontier brand. It’s manufactured from top-quality brass cases with annealed necks and shoulders and loaded with military grade boxer primers and propellants, making it fully reloadable. For now, at least, it’s only available in two chamberings: 5.56 NATO and .223 Rem.

As an aside, 5.56 NATO and .223 Rem. cartridges are very similar, but far from identical. The 5.56 NATO case has thicker walls to withstand higher pressures, which results in a reduced case capacity, and the leade is roughly twice as long as that of the .223 Rem. The leade of a barrel is the area in front of the chamber before where the rifling begins. .223 Rem. ammunition can be safely fired in a 5.56 NATO chamber, but not conversely. Some ARs are built with Wylde chambers—like those of Rock River arms and others—which can safely fire both .223 Rem. and 5.56 NATO rounds interchangeably. 5.56 NATO ammunition should never be fired in a rifle chambered only for .223 Rem.

Finding inexpensive range ammunition boasting this level of consistent performance is comparable to finding a high-end AR-15 for the price of an entry level rifle. Hornady has effectively brought economical, quality ammunition to the masses with the Frontier line by leveraging their Lake City Army Ammunition Plant assets, and we think they have something really great here.  Pick up some of Hornady’s new Frontier ammunition at your gun shop, or for more information, contact Hornady Manufacturing; Tel.: (800) 338-3220; Web: www.hornady.com