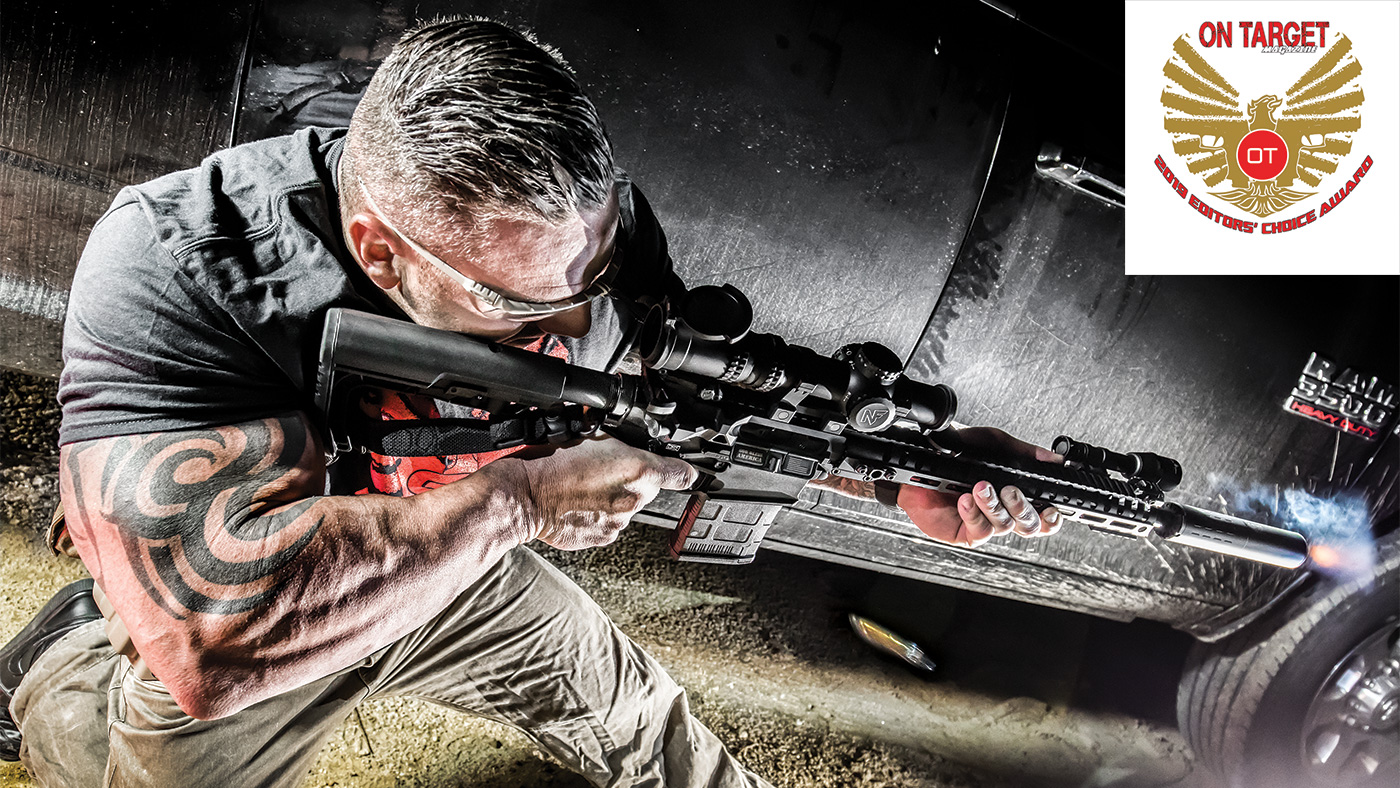 Patriot Ordnance Factory introduced the Revolution a couple years ago with great success. Reliably putting .308 power into a .223 sized AR was impressive. Even using their short-stroked piston system it only weighed in at a tad over 7-pounds, less than more than a few piston-driven AR-15s, let alone a typical AR-10. Overall length was very similar to an AR15 with the same size barrel, and their triple-port muzzle brake tamed recoil quite a bit. About as ambidextrous as an AR gets, ambi features included the charging handle, safety, and bolt and magazine releases. It was met with quite a bit of fanfare and overall it was very well received by .308 fans with the possible exception of the gas system; some just don’t like piston systems. So, there was a call for a DI (Direct Impingement) version, of which POF came through earlier this year with versions in both .308 Win. and 6.5 Creedmoor. We were so impressed with the DI version that not giving it a 2019 On Target Editors’ Choice Award would’ve been a crime.

While the biggest change in the new DI Revolution is the gas system, the rifle in general is well refined. Very clean with nice lines and solid fit, the Revolution DI with a 16.5-inch” .308 barrel also shed a bit of weight, coming in at under seven pounds (6.81). The Tomahawk ambidextrous charging handle remains, along with the ambi safety, bolt, and magazine release of the Gen 4 Billet lower. Using the DI system trimmed the hand guard down a bit as well as the rail height. At the same length, it looks just like a standard AR-15—it just happens to shoot .308 Winchester. The hand guard is M-LOK compatible and also very strong and light. The top rail is continuous in contrast to the piston version. The trigger guard is extended and houses a POF drop in 4.5-pound single-stage trigger using KNS anti-walk pins. The buttstock and pistol grip are from Mission First Tactical, and the Minimalist stock is riding on an anti-tilt, 6-position buffer tube. The buffer and spring are both standard carbine. The nitrided bolt-carrier group includes POF’s E2 dual extractors. The 16.5-inch match grade barrel is also Nitride coated, heat treated and capped with their triple-port muzzle brake. The gas block is POF’s Dictator adjustable—possibly the strongest and longest-lasting adjustable gas block on the market today. It ships with one Magpul 20-round PMAG in a hard case.