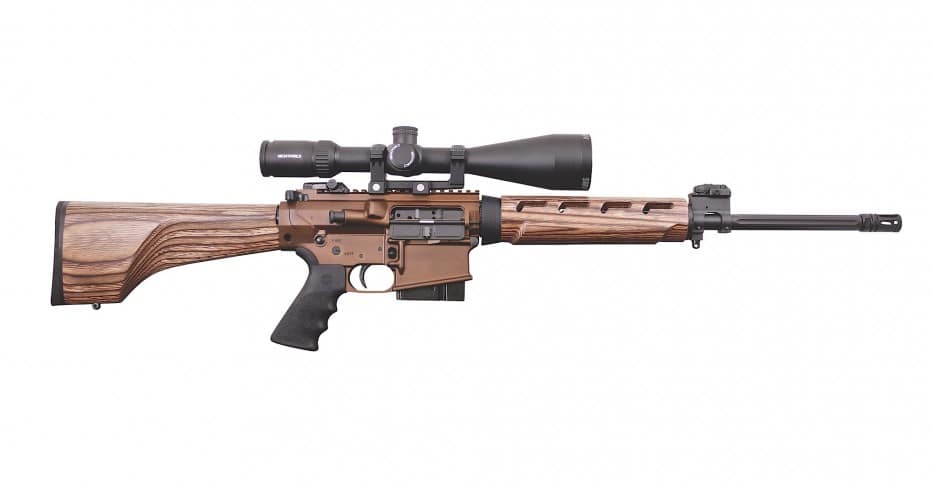 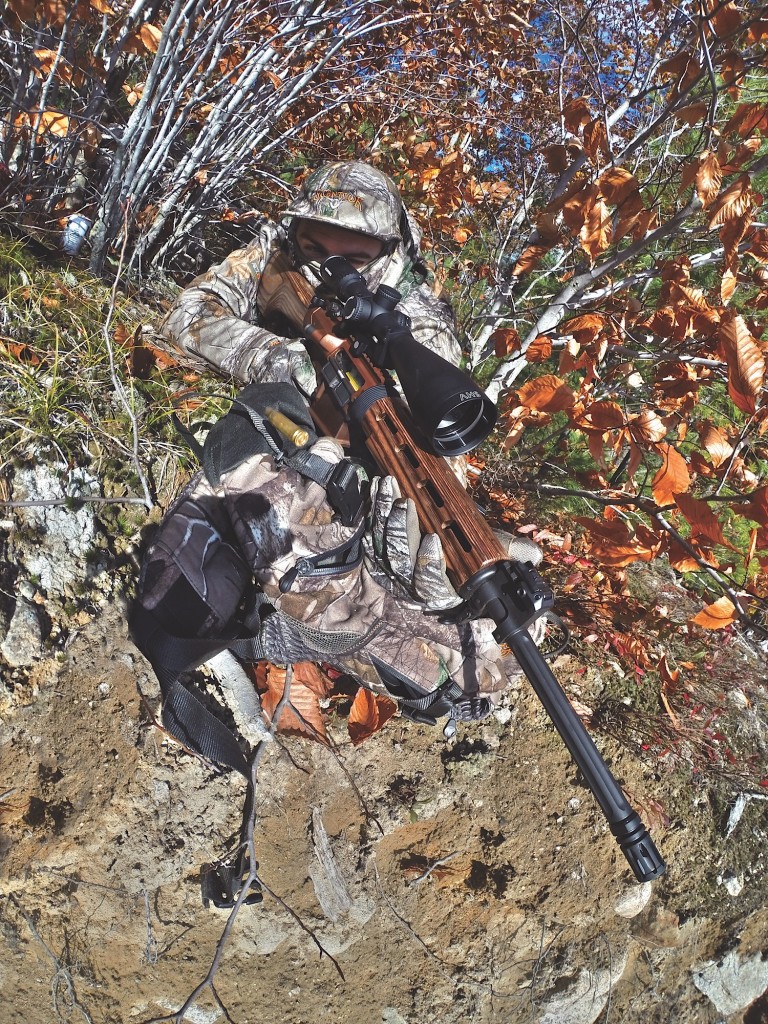 Since the original “Bushmaster Boys” got back into the gun business three years ago, their new company—Windham Weaponry—has been expanding its line of top-quality ARs so fast we can barely keep up.
Richard Dyke, the founder of Bushmaster Firearms, owned the Windham, Maine-based company for thirty years. In 2006 he sold Bushmaster to the Freedom Group and retired . . . sort of. Five years later, the Freedom Group decided to close the Windham factory and move Bushmaster production to Remington’s Ilion, New York facility, effectively tossing the entire, highly experienced Bushmaster crew onto the sidewalk. In less time than it takes to read this article, Dyke reacted: he set up Windham Weaponry, Inc., rehired his former Bushmaster employees and cranked up production in the original Bushmaster factory in Windham.
Not surprisingly, what began as an effort to rescue his employees quickly evolved into a major player in the AR segment. The rest, as they say, is history.
One of Windham Weaponry’s newest products is the 308 Hunter ($1,587). For  Mainers (pronounced “Maineahs” if you happen to be one), hunting is a way of life, so it came as no surprise when the company announced a hunting-specific AR. Chambered in .308 Win., the AR-10 format 308 Hunter packs the kind of wallop Mainers like for clean kills on the deer, black bear and moose they hunt.
Yet another .308-chambered, AR-10 style rifle would barely warrant comment, but one that looks and performs like the 308 Hunter is remarkable indeed. This may be the best looking AR out there for hunters who don’t like the paramilitary image of hunting with an “assault weapon.” In an attempt to dilute that liberal-inspired moniker, the NSSF hatched up the term “modern sporting rifle,” and the 308 Hunter goes a long way toward making that new name something more than a political smoke screen. 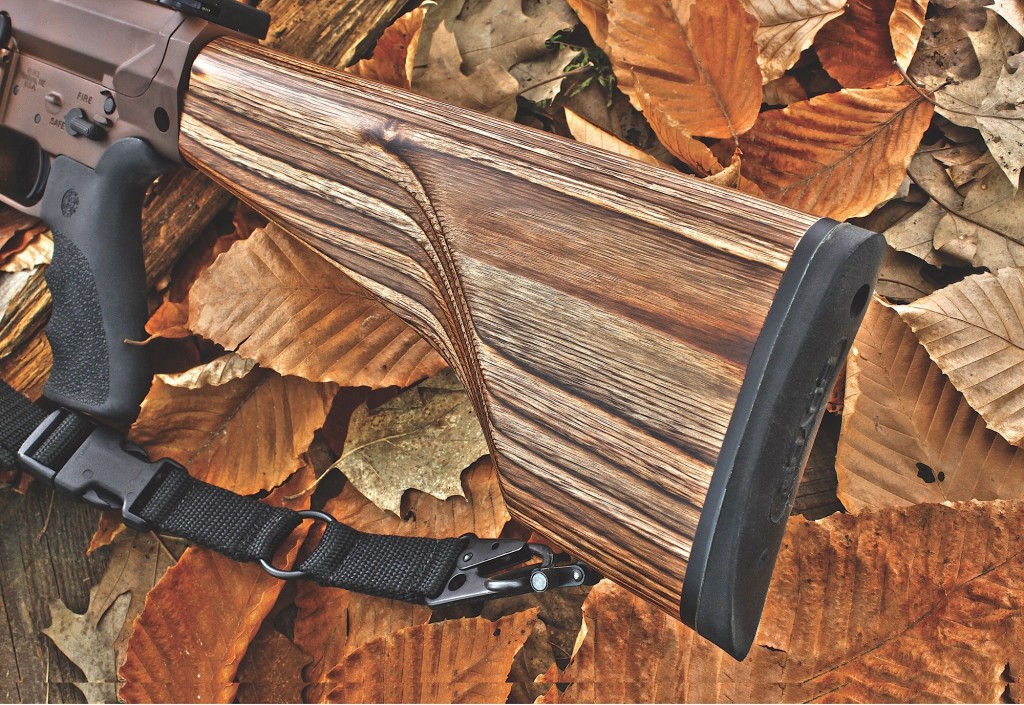 The 308 Hunter features forged and machined upper and lower receivers that are hard-coat anodized in Coyote Brown. Its laminated hard wood furniture—a fixed buttstock with rubber recoil pad and a vented handguard with wide, smooth, bottom profile—is finished in complementary Nutmeg Brown. All other metal components are finished in matte-black oxide, which provides enough contrast to create a very attractive, low-key visual impression that even anti-gun blatherers like Little Chucky Schumer and Diane (or is that Dianne) Feinstein would be hard pressed to brand as an “assault weapon.” Nobody is going to mistake the 308 Hunter for a vintage Winchester Model 70, but it definitely tones down the “politically incorrect” image that discourages some hunters from fielding AR-pattern rifles. 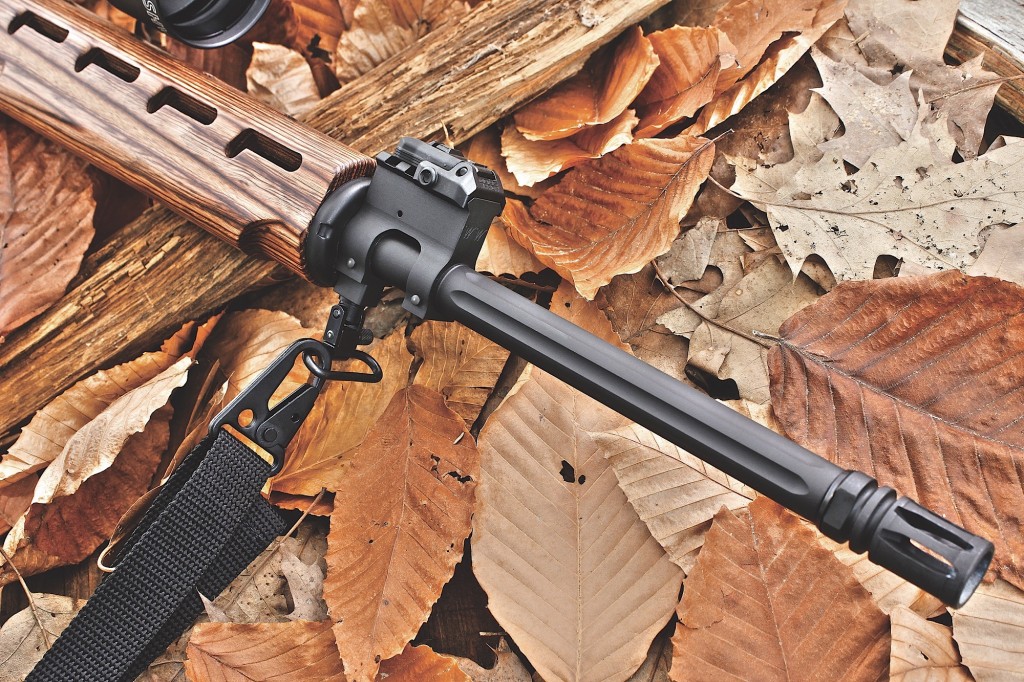 The 308 Hunter is powered by a traditional, direct-gas-impingement operating system. Its 18-inch, medium-profile barrel is machined from 4150 chome-moly vanadium steel, rifled with six lands and grooves at a twist rate of 1:10” and hard-chrome lined. The barrel is fluted from the low-profile gas block with 4-slot top rail forward to the muzzle, which is tipped with a Mil-Spec A2 Birdcage flash hider. No iron sights are provided.
The bolt carrier is machined from premium Carpenter 158 steel, and the controls are all Mil-Spec fare, found in their usual locations. The single-stage trigger on our evaluation rifle—also of Mil-Spec pedigree—broke at an average pull weight of 6 lbs. 12 oz. following a barely perceptible amount of take-up. Overall, it’s an above average Mil-Spec trigger that’s entirely adequate for hunting, but we wouldn’t be opposed to shaving a couple pounds off the pull weight. 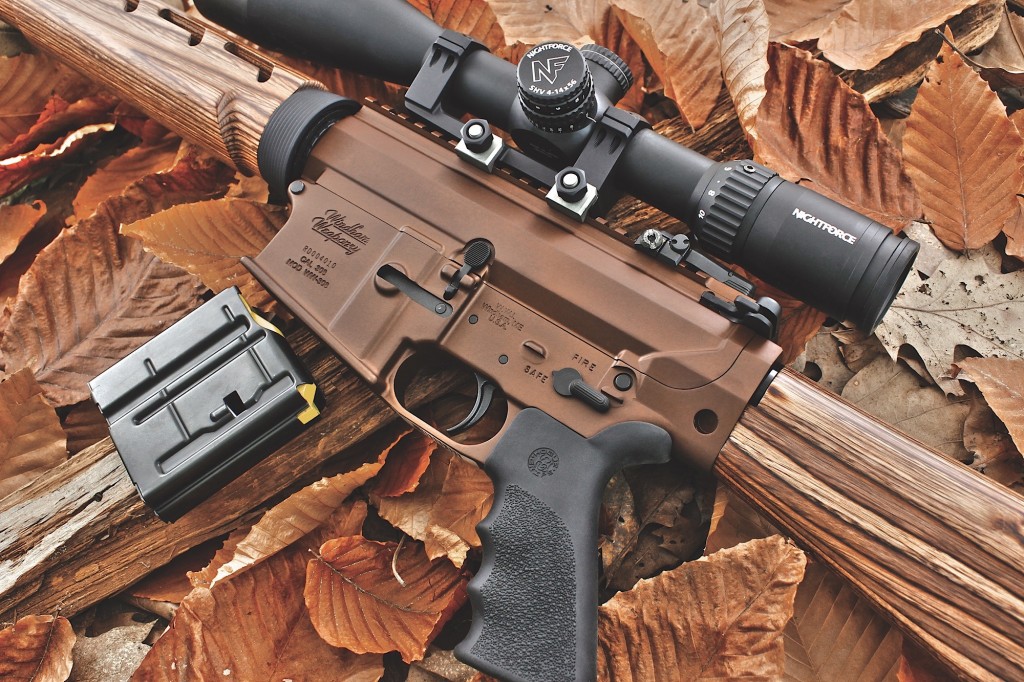 The A4 upper receiver—with 18-slot Picatinny top rail—is ready to mount any hunting optic. The lower receiver features an integrally machined trigger guard and QD sling-swivel receptacles machined into the lower rear on both sides, and is fitted with a Hogue overmolded black rubber pistol grip. Overall length measured 39.5”, and our evaluation rifle tipped the scales at 8 lbs. 10.5 oz. empty and without magazine. The 308 Hunter comes with one 5-round magazine, web sling, front an rear sling swivels, hard plastic case and a transferable lifetime warranty. 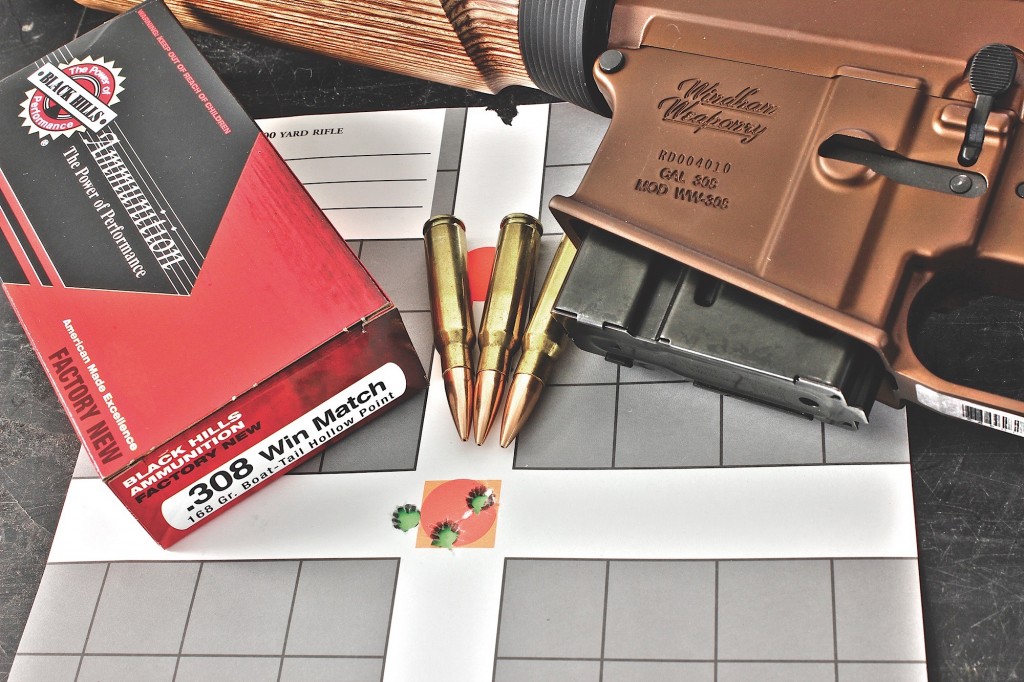 For accuracy and reliability testing we mounted a Nightforce SHV 4-14x56mm riflescope ($995; www. nightforceoptics.com) on the top rail and shot for accuracy from the bench at 100 yards. We used three loads from Black Hills, Hornady and Federal,

with a best 3-shot group of 0.71” center to center coming from Black Hills’ 168-gr. BTHP Match. All other groups from all three brands of ammunition stayed under 1.5 MOA (1.5 inches at 100 yards). The rifle was pleasant to shoot and 100% reliable, but the trigger was definitely a constraint on reaching the rifle’s full accuracy potential.