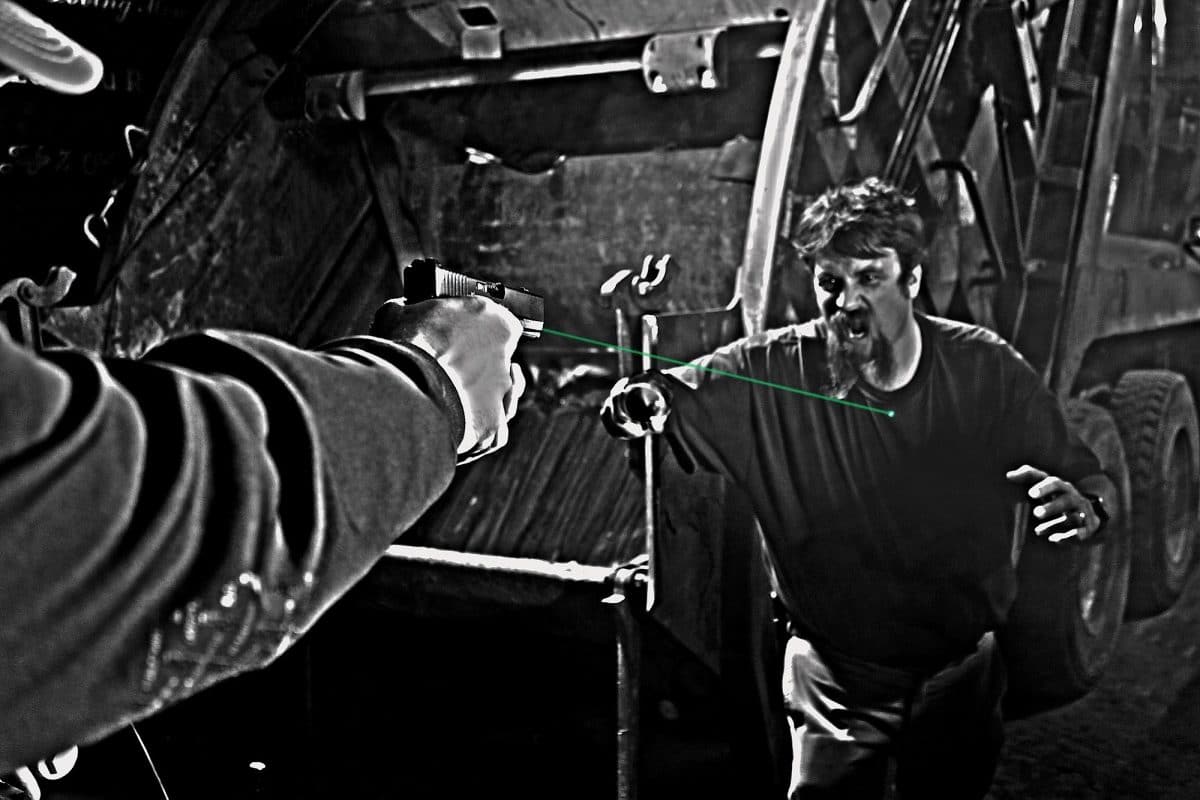 The green (and guide-rod-laser) advantage

I’ve always been a big fan of LaserMax Guide Rod lasers. In fact, the Glock 20 10mm I carry for dangerous-game defense while hunting and fishing has been equipped with one from the get-go. It’s still going strong after years of being hammered by high-pressure rounds, and I have yet to even change the batteries.

I’ve become convinced over the years that aiming lasers provide some major advantages to armed citizens who find themselves confronted by aggressors bent on doing them bodily harm. A laser-equipped handgun greatly simplifies the job of stopping the fight—first by vividly demonstrating to the bad guy that he’s being targeted by an armed defender with the immediate ability to punch his X-ring, and secondly, by eliminating the need for open sights and all the potential shooter errors and omissions that go along with them, especially in adrenaline-charged encounters in the dark. Another big plus is that the defender can shelter behind cover and still get incapacitating hits without having to his hold his center mass out in the line of fire.

In the case of defensive auto pistols, there’s no question that LaserMax hit a grand slam back in 1988 with the introduction of their Guide Rod laser. Produced exclusively by LaserMax, it replaces the factory guide rod and spring with a pulsating laser operated by a replacement take-down lever or latch containing an ambidextrous on/off switch. On a Glock, the switch lies directly under the tip of the shooter’s trigger finger or thumb of the support hand, and the laser is activated by pushing toward the frame from either side.

The laser module is perfectly aligned with the pistol’s bore axis, locked firmly in line with the barrel when in battery, and lies only 1/2 inch below the bore axis. No sighting-in is necessary, as it’s factory aligned with the bore for point of aim/point of impact at 10 yards, and comes with a plus or minus one inch guarantee. But that’s not all.

Because the LaserMax Guide Rod laser is entirely contained inside the pistol, with nothing hanging off the rail or projecting from the frame or slide, there’s no need to jump through flaming hoops trying to find a holster that will fit it. Any holster that fits the unadorned pistol will fit just fine with the LaserMax unit installed.

The LaserMax Guide Rod laser meets or exceeds both Mil-Spec and Homeland Security durability test standards—drop tests, blowing sand, temperature and humidity extremes, salt water fog, deep water immersion, and 20,000+ rounds of live fire—and is user installable in just minutes. It does not permanently alter or degrade the function of the pistol, and will not or void the manufacturer’s warranty.

If you’re thinking I’m pretty hot on LaserMax Guide Rod lasers, you’re right. With the introduction of the Native Green Guide Rod laser for my Glock 19—arguably the most popular 9mm defensive pistol world-wide—I have even more reason to praise this product.