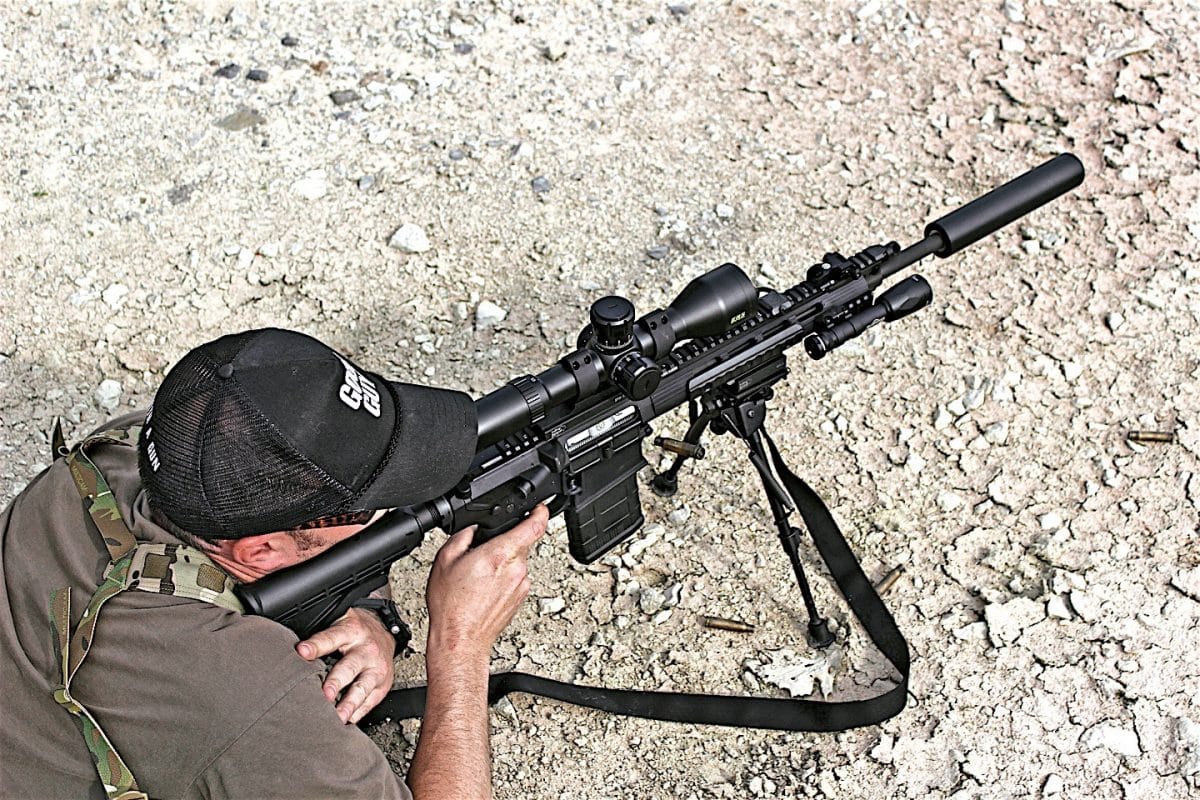 The gun’s 2-stage gas-piston system, which is patented by Ruger, includes a 4-position gas regulator that can be adjusted by inserting the bullet end of a 7.62 NATO/.308 Win. cartridge into the hole and rotating it. The first of the four numbered positions (“1”) is off, meaning that no gas is permitted to enter the cylinder, rendering the action inoperative and turning the SR-762 into a single-shot rifle—a particularly nice feature for shooters using a suppressor and sub-sonic ammunition, or those who want to eliminate the noise of the action cycling. As the setting is increased, so is the gas flow, permitting shooters to dial in the appropriate gas pressure for nearly any bullet weight. A spring steel clip indexes with detents in the surface of the regulator knob to prevent unintended rotation.

The gas cylinder, gas piston, bolt carrier, bolt and firing pin are all hard-chrome plated for maximum reliability, and the bolt carrier is specifically designed to eliminate the “carrier tilt” that has plagued some gas-piston designs. Standard bolt carriers used in direct-gas-impingement ARs are designed to be driven rearward by a blast of combustion gas, rather than the impact of an operating rod, and when repurposed to gas-piston duty have a tendency to tilt downward as they move to the rear. Ruger’s gas-piston-specific bolt-carrier design with oversized and radiused rear bearing surface eliminates carrier tilt and the resulting excessive wear and/or damage to the buffer tube assembly.

The SR-762 is fitted with Ruger’s Lightweight Adaptable Handguard, featuring a round, smooth crossection with flats along the length of its 3, 6 and 9 o’clock surfaces, drilled and tapped for installation of accessory rail sections. A 21-slot Picatinny top rail is machined integrally with the handguard, and it aligns perfectly with both the 6-slot gas block top rail and 16-slot receiver top rail.